Bettye LaVette: "I’m kind of melancholy all the time, anyway – I think I live my life in B-flat minor"

"Christmas Eve at my house has always been about drinking and cooking and crying," says the brilliant soul singer 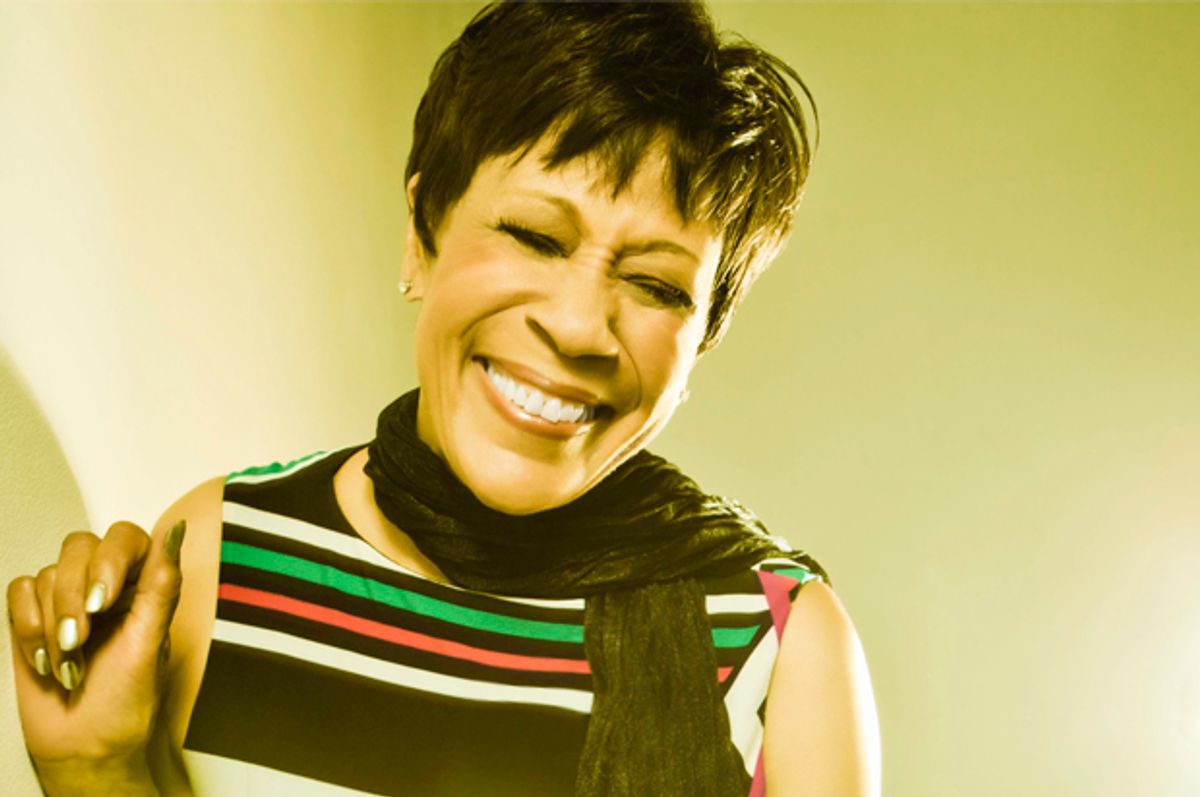 We’re in my tradition right now – the holidays. I never work on holidays, I don’t really allow Bettye LaVette into the house – I turn into something completely different.

I’m a traditionalist with holidays, ad nauseam – people are like, “It’s just another day!” And I’m like, “No – we all have to dress up, we all have to meet here, to do every little thing you’ve heard and read about. And the more we do, the more I like it.”

My mother made all things fanciful; she made such a big deal of holidays. I’m the first in my family to be born in Michigan; everyone else is from Louisiana. They’ll celebrate anything – they’ll celebrate Thursday. But cooking is a really big thing – if I’m home, I’ll always cook dinner on a Sunday; if I’ve gotten off the road long enough to rest, I’ll cook on Sunday, I’ll use different plates on Sunday than I do all week long, I’ll use cloth napkins on Sunday … I just want it to be different, I want it to be a special day.

You’re always at somebody’s Christmas party or something. The habit started long before I was offered anything to do over the holidays, and now I’m in the habit of not doing anything.

I get on everybody’s nerves over the holidays – I do it ad nauseam. My grandchildren are like, “Grandma, just calm down. He’s not really coming!” I really don’t like to shop. But after this weekend, I’ll be going to the mall, like I do every year, to see Santa. I have gone to see Santa for every year of my life, for as long as I can remember.

It’s certainly a time of reminiscing for me. Every holiday makes me think of all the other holidays. As you get older, you tend to be more reminiscing anyway – crying and reminiscing. I’m kind of melancholy all the time, anyway – I think I live my life in B-flat minor. But these days I think I’m going deeper into it – bringing in the cellos and everything.

That’s why I like the seasons – they each affect me differently. I feel bad watching everything die – I’m sitting looking out the window. It’s such a sad thing after a while. And then I get so anxious around February and March; I’m so excited because everything is getting ready to come back! That is why I could not enjoy living in California, or when I lived in Texas – it was just the same thing every day. When I lived in L.A., I had a picture of my house in Detroit, covered in snow. That was my picture in my dining room.

My husband has made me a CD of all the [Christmas] songs I’ve ever known, and they’re the same ones every year. He’s about to get sick of them; soon they’ll have to start. I listen to them every day – in the car, the radio stations that play Christmas music, the ridiculous ones, the good ones. The same ones still make me cry every year, just as if I’d never heard them before in my life. “Silent Night” and “Little Drummer Boy” just break me every time. And there’s “Ave Maria,” which I’ve always wanted to sing at midnight Mass. But I was such a bad, bad child they would never let me do anything in church. They would send me to church as penance, but they’d never let me do anything. I used to say, “One Christmas Eve, I’m gonna burst out and go up there and do it.”

If my grandson, who has moved here from Detroit, if he was here, if my granddaughter and daughter from Detroit, my best friend Marge, my road manager, Robert, and [husband] Kevin, and the cats – that would be an idea Christmas. Maybe one other friend – and they would have to be a real close friend. I can’t even think of who they would be right now. But those people I just named – those are considered my family. Christmas Eve at my house has always been about drinking and cooking and crying.

Now I do all the cooking. Since I moved to New Jersey, I’ve been fascinating white folks with my cooking. They aren’t necessarily things that were written down. Of my mother and her sisters, three were cooks – one in a hospital, my mother and another sister in people’s homes. Coming up, it was always corn liquor and chicken sandwiches and gumbo sold at my house wherever we lived. My mother always cooked, not from a recipe. But since most of the activity in our house concentrated on the kitchen, I learned from watching her cook. Though I still can’t do it as proficiently as she does. But I didn’t realize how much I remembered from sitting there in the kitchen. I cook traditional Christmas food for Christmas – turkey. And my grandson likes chitlins, so we’ll probably cook some of those. My husband, who’s Irish, he’ll probably say, “I don’t see how you can eat those things.” And I make black-eyed peas on New Year’s Day – you’re supposed to have a dollar for every pea that’s in the pot.

The South has [completely] shaped this: I celebrate Christmas the way my mother raised me, and which was the way she was raised celebrating it, which was the way everybody from the South celebrated. Of course, years and years ago, people went from house to house; everybody was always dropping in all through the holidays. That doesn’t go on as much now. And this new generation – my granddaughter and grandson, they ain’t much on tradition. So that kind of holiday is dwindling. But everything I have control of in my house – it’s just as it’s always been.

Presents – that’s the main thing I always looked forward to [as a child] from Santa Claus. And I look forward to presents now. I don’t even care what they are – I just want them to be wrapped up and have my name on them.

When I was younger, I made better music when I was sad — that was my motivation. Now all I have to do is recall that sad moment. I can recall a thousand sad moments.

Soul singer Bettye LaVette’s new album, “Worthy,” comes out on January 27. That night she begins a residency at the Café Carlyle in New York.

Bettye Lavette Music The Red Tent Tmot Trust Me On This