Some people have too much money 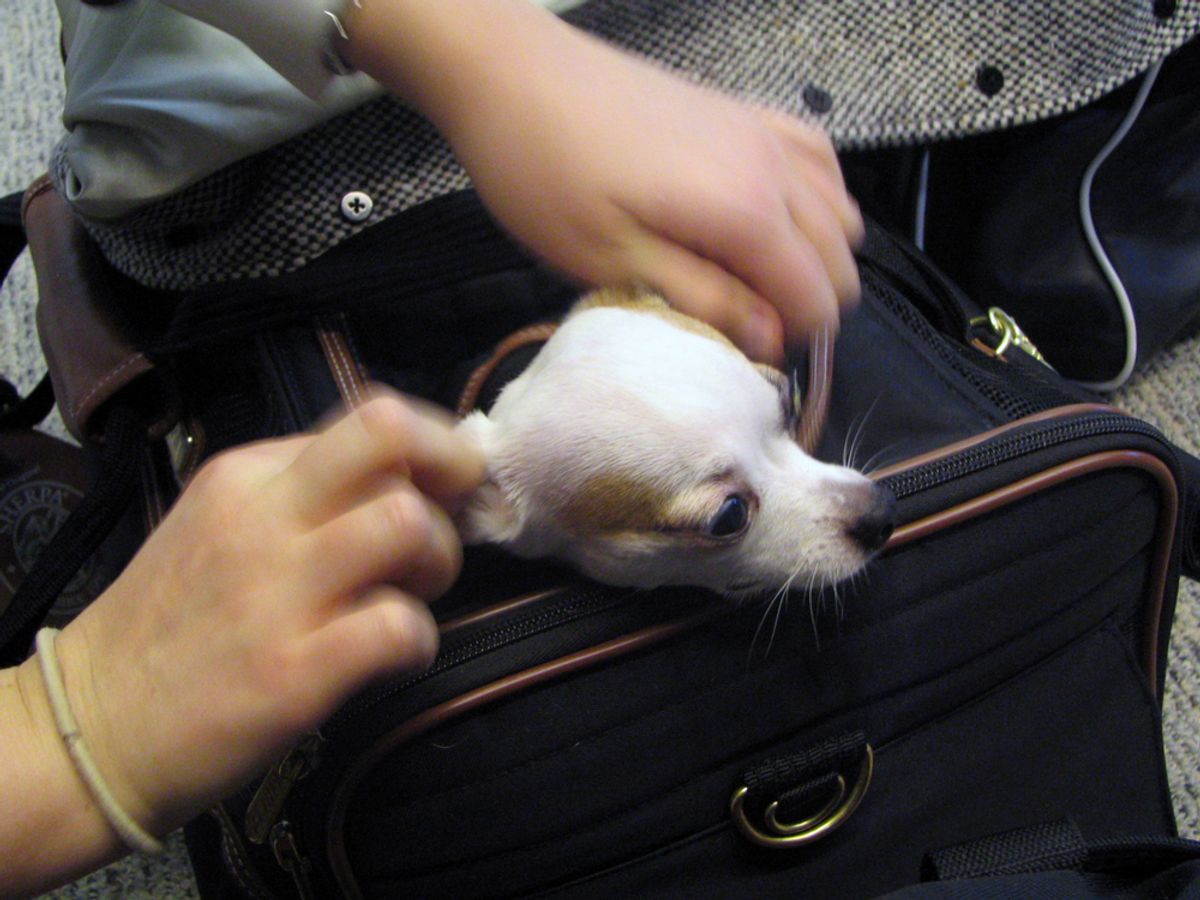 This weekend, hordes of Americans uprooted themselves to travel across the country via delayed planes. Many of these travelers were lucky enough to have a non-terrier lap dog or a small cat as their seat mate. Less lucky travelers, however, were forced to share a minuscule amount of leg room with a small terrier (I'm sorry but I don't like those dogs -- always so yappy and saliva-caked).

A flight on Jet Edge International costs $67,000 on average, and the company also charges a $2,000 refundable pet deposit in case of accidents on board. The average net worth of the company’s customers is $1 billion, according to Chief Executive Officer Bill Papariella.

Letting animals tag along is “one of the main reasons why people will fly private,” Papariella said in an interview. “They don’t want to go to Aspen or their holiday or to their second home without their pets being on board.”

For those with means, a charter flight or a jet with fractional ownership is an attractive alternative to airlines’ limits on carry-on kennels or the risks of sending a crated pet in the hold. It’s a niche market that can include handmade dog snacks -- a $1,000 Kobe beef snack or rice pilaf with salmon -- special attendants and even solo flights without an animal’s owner.

Why are people opting to fly their pets via charter jet, other than their having more money than they know what to do with? One reason, Kaplan notes, involves safety. From January to August of this year, 15 animals died on domestic flights, while 18 died in the same period last year. If you have a large dog that would have to be put in a kennel, buying him a whole row of seats is much more appealing.

The strangest case reported in Kaplan's article is that of a divorced couple who share custody of their dog. Jet Edge International's CEO Bill Papariella told Kaplan that this is actually not that uncommon. "A couple times a year, we get the passenger manifest and I realize, 'Oh my God, all there is is a dog on this plane."