The "Cosmos" host and the Science Guy slam creationists, climate deniers and everyone else who cherry-picks science 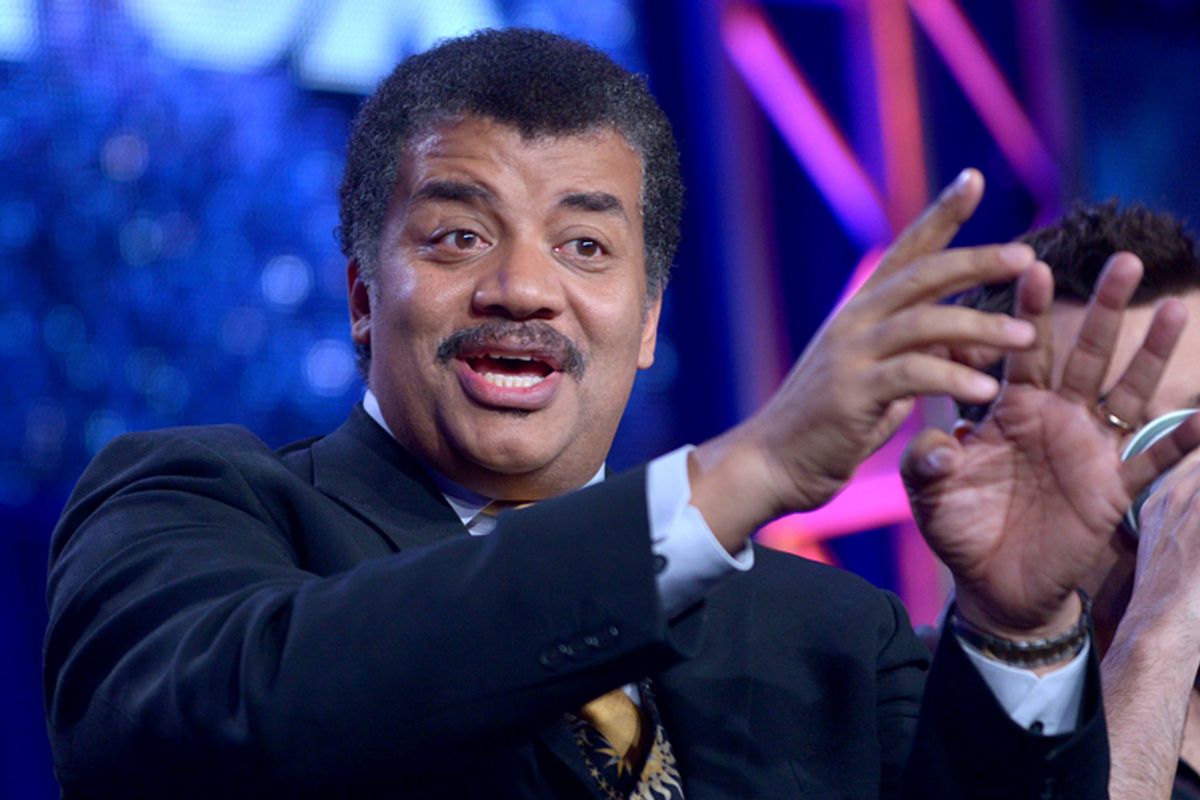 In the latest episode of his StarTalk radio show, astrophysicist and "Cosmos" host Neil deGrasse Tyson got together with Bill Nye and science writer Miles O'Brien to try to figure out what could possibly be going through the minds of anti-science trolls.

It's disturbing that so many people continue not to accept scientific facts, Andrew (who, if you can't tell, is pro-science) told the group. “All I have to do is post about anything vaguely controversial -- and that includes evolution, climate change, vaccines, GMOs, anything like that -- and you’ll see comment threads that get to tens of thousands of comments long with people getting very, very vicious and very upset about it," she said. "There are times when you look at it and think, wow."

Tyson challenged her to trying posting a link claiming "there is such a thing as gravity" to see if that causes controversy, too.

He then turned to Nye, who famously debated creationist leader Ken Ham about evolution. "At least they have this document that they're basing their belief system on," Tyson noted, while Andrew's trolls mostly seem to be arguing from a political philosophy.

“We don’t have such a strong divide down party lines on science that you seem to have in America," observed Andrew, who's British. "It seems very strange to me that people feel that have to deny climate change based on whom they’re voting for.”

Ultimately, the group decides, the problem is anyone who cherry-picks science to suit their own philosophy.

"This is the great irony," said Nye. "When you go to the Answers in Genesis ministry [led by Ham] in Kentucky, they have iPhones, they've got Facebook, they've got Twitter -- they've cranked that up to 11 -- they've got LED lighting. And they don't believe in science!"

The fun comes at the 44-minute mark: