Instead of countering People's annual list with a roster of smart-sexy men, we're admitting to our basest tastes 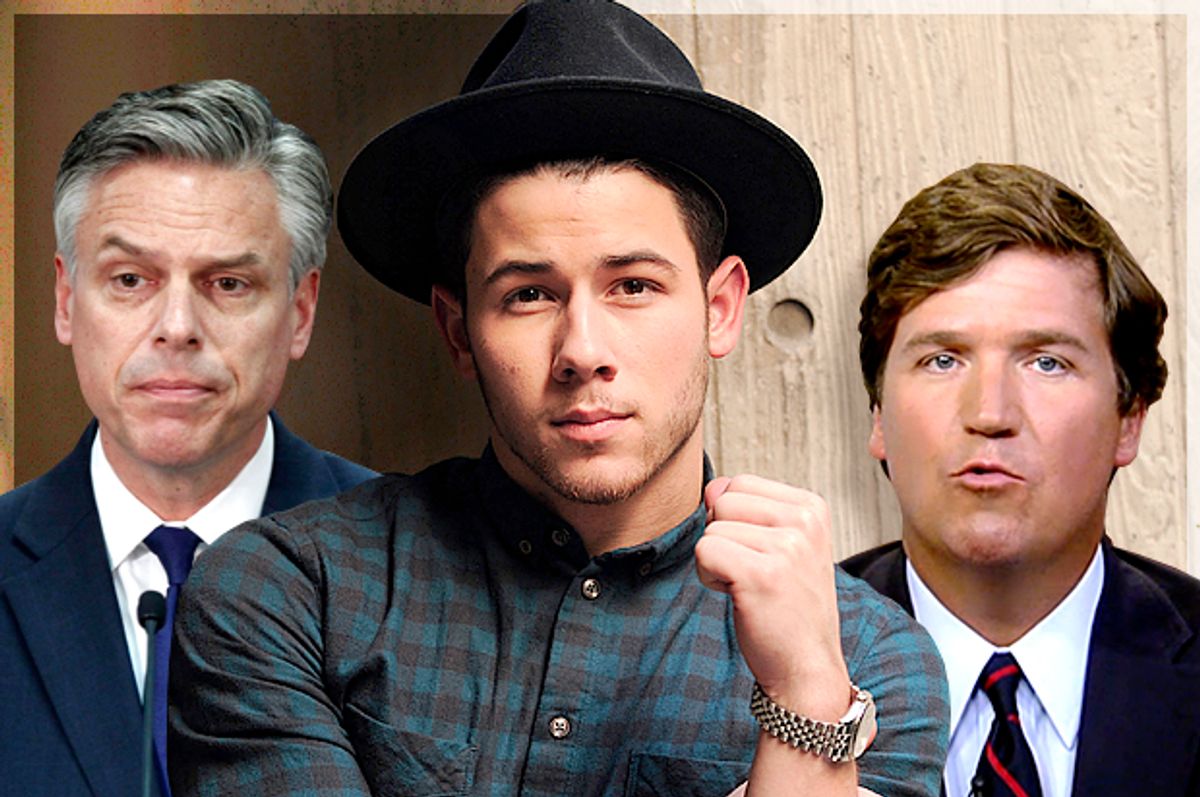 Last week, People magazine published its Sexiest Man Alive issue. Just as in years past, their No. 1 pick, “Thor’s” Chris Hemsworth, made people the world over scrunch up their faces in a way that can be translated only as “Really?” (As Gawker put it, “People's Sexiest Man Alive Is Hot If You Like Giant Boring Blond Men.”) One thing is different this year, though: Salon didn’t publish its alternative list -- for the first time in eight years.

Most likely, you did not notice. But we found that what began as a fun and subversive way to embrace smart-sexy, that swagger that stems from something other than abs and chiseled jaws, began to feel boring, predictable and, at times, disingenuous. There are only so many Colberts and Chris Kluwes in the world. Did we really want to compose another list full of men who were "author hot" or "sexy for a humanitarian"?

The exciting thing about desire is that it is so often not smart at all. It can be embarrassing, contradictory and downright inappropriate. That’s when it inspires an ecstatic, giggly frisson; not when explaining the sex appeal of, say, Neil Degrasse Tyson. With that in mind, I asked some colleagues at Salon to reveal their deepest, darkest, most embarrassing attractions.

'"Is this even legal?' That’s all I could think after seeing shirtless photos of Nick Jonas in recent issues of Flaunt and Details. The same thought occurred when his sex scene in the DirectTV series 'Kingdom' was revealed. Luckily, at 23 years old, the former virginity pledge is a legal adult — and even of drinking age! Still, it’s uncomfortable to register the sex appeal of a young man who has captured the hearts of millions of teenyboppers. I mean, the guy probably still has a tan line from his purity ring." -- Tracy Clark-Flory

“But specifically when he's tired and disheveled. I am embarrassed because I don't agree with his politics and because his presidential campaign was such a failure.” -- Joanna Rothkopf

"I suppose my Tucker Carlson attraction was inevitable. Maybe it's the way he reminds me of my freaky, portentous teen crush on preppie creep Stef from 'Pretty In Pink.' Maybe it's just because he is sorta cute. Maybe there's something not entirely irredeemable about him that makes me think he'd be fun to have a beer with. Anyway, I hate myself for loving you, Bowtie. #sorryfeminism" -- Mary Elizabeth Williams

"He’s so proud of being hot that it's disgusting. But, I mean, he's also really hot. In my mind, I try to pretend he's still (or ever was) Andy, but with abs. I also try to pretend the abs selfies never happened." -- Jenny Kutner

"Not the actor Tony Goldwyn. Fitz Grant. Fitz Grant, who is needy and controlling and sometimes says truly abominable, barf-inducing things like, 'I may not be able to control my erections around you, but that doesn't mean I want you.' He is a gigantic man-baby, as well as a Republican. He is not even a real person. And yet." -- Jenny Kutner

“Like leopards and cheetahs. I am ashamed of this because it is wrong to be attracted to jungle animals.” - -Joanna Rothkopf

"Do I even need to explain why this is so, so painful to admit? Only such perfect bone structure could make me temporarily forget about his boneheaded remarks about Ebola, Obamacare and national security. That naked centerfold didn’t hurt, either." -- Anonymous

“I don't know if I even feel guilty about this. That beard and super-deep voice really do it for me. Every time he appears on the TV above my desk my heart audibly palpitates.” -- Joanna Rothkopf