Tanzania government refutes claims that it will sell Maasai homeland

Previous reports indicate that the government would evict 40,000 Maasai to make room for a hunting reserve 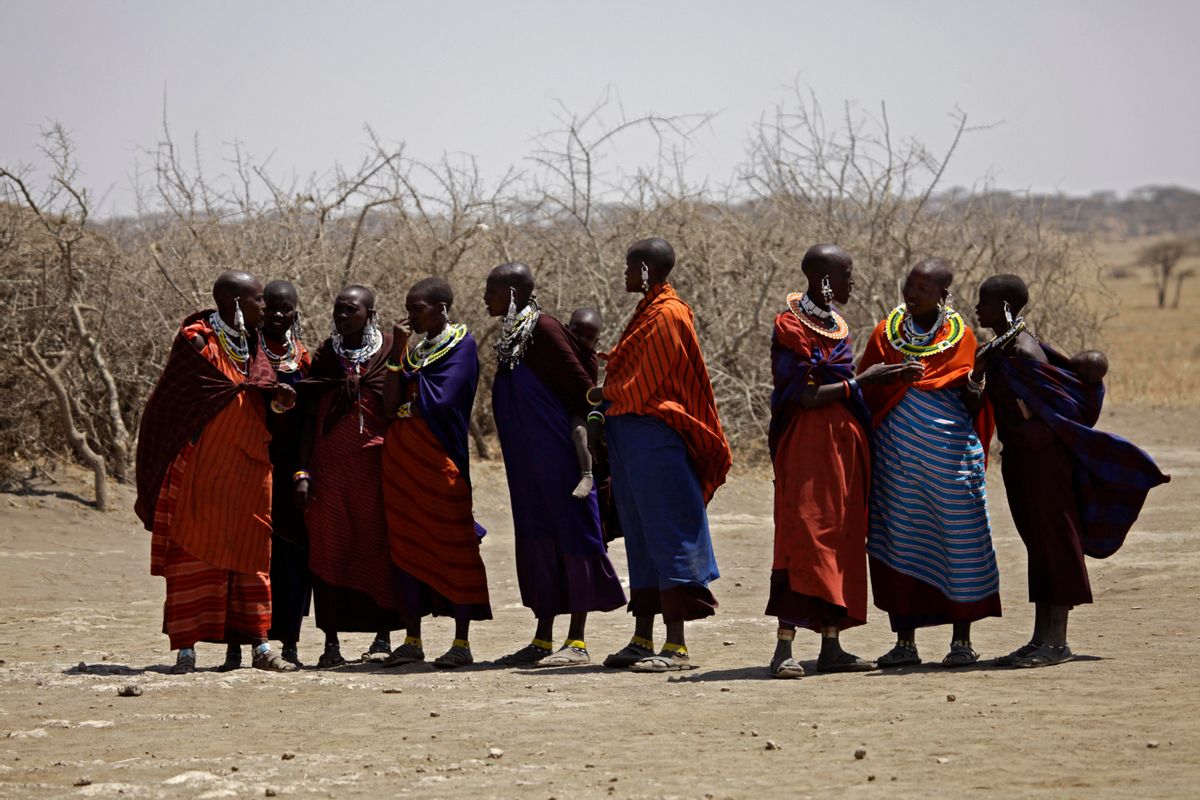 FILE - In this Monday, Aug. 12, 2013 file photo, Maasai tribeswomen gather at a village on the outskirts of the Serengeti, in northern Tanzania. (AP/Nariman El-Mofty)
--

Earlier this month, several outlets (including Salon) reported that the Tanzanian government would evict 40,000 Maasai people from their homeland near Serengeti National Park because the Dubai royal family had purchased the land with the intention of using it as a reserve to hunt big game. Now, the Tanzanian government has responded, denying all claims that this is true.

Tanzania's Minister of Natural Resources and Tourism Lazaro Nyalandu recently released an emailed statement responding to the allegations. "The government of the United Republic of Tanzania has never had any plan to evict the Maasai people from their ancestral land as falsely reported by the media in recent days. The information circulated through the media outlets globally was misleading, malicious and meant to tarnish the image of our country and her international standing... The argument that the land in question is being sold to a wealthy Middle Eastern family are [sic] a total fabrication and in contrary to the Tanzanian law."

Members of the Maasai community, among the most iconic of Tanzania's 125 ethnic groups, are traditionally located in the northern region where they survive by herding cattle, according to the Dar es Salaam-based Tanzania Tourist Board.

Nyalandu said he will be traveling to the northern Ngorongoro conservation area, 180 kilometers (112 miles) west of Arusha town, with a group of government officials for talks in the coming days. Members of the parliamentary committee on land also plan to visit the Loliondo area, near the border of Kenya, to speak directly to the Maasai people, Nyalandu said.

A petition from the elders of the Maasai community of Ngorongoro District, hosted by the website Avaaz.org, has received over 2.3 million signatures. The petition reads that the president has denied the plan before: "Last year, when word first leaked about this plan, almost one million Avaaz members rallied to our aid. Your attention and the storm it created forced the government to deny the plan, and set them back months. But the President has waited for international attention to die down, and now he's revived his plan to take our land. We need your help again, urgently."