Colbert will soon have his own spot on "The Late Show." Here's how he was as a guest 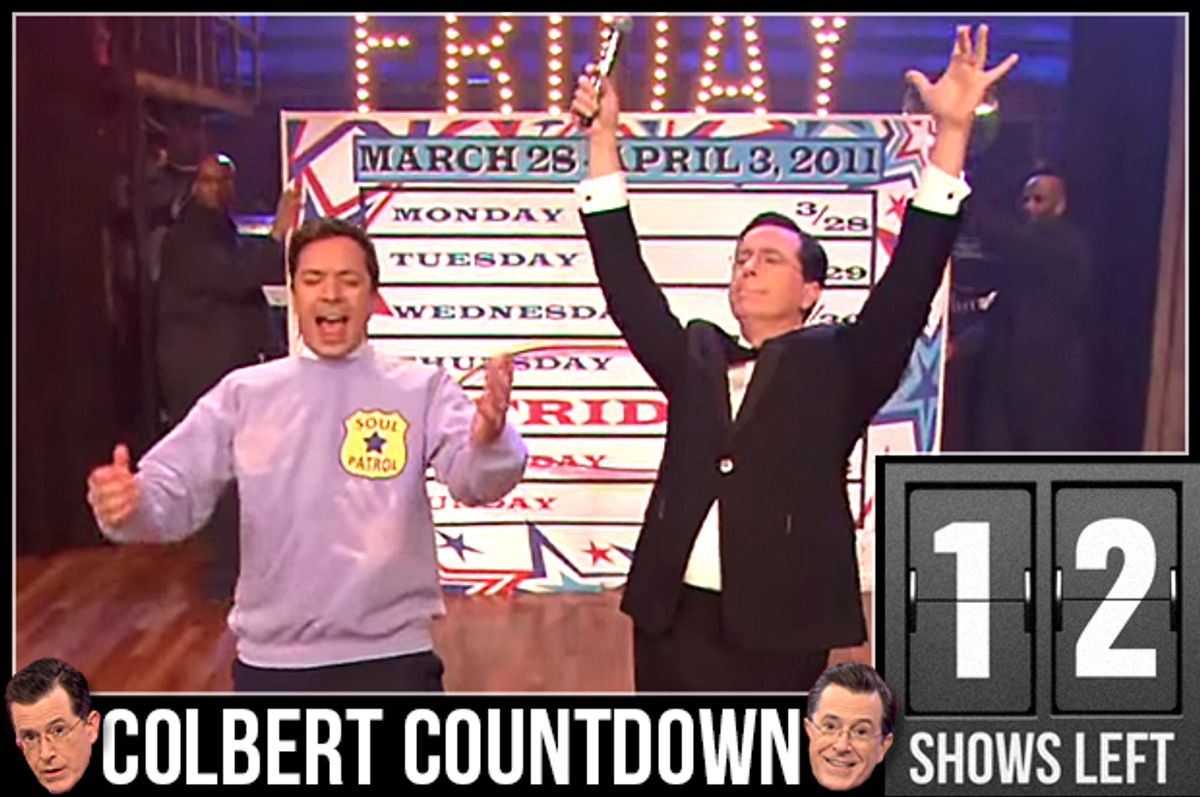 Despite its 11:30 p.m. airtime and the appearance of celebrity guests, "The Colbert Report" is unlike other late night programs. It is more akin to a cable news show -- albeit one wrapped in satire and anchored in comedy.

And while comedians like Jon Stewart and Conan O'Brien have full confidence in Stephen Colbert's ability to replace David Letterman at the helm of "The Late Show," as an audience it is hard to imagine what shape Colbert and his comedy will take on CBS.

Lucky for us, Colbert has appeared (sometimes in character) on other late night shows, possibly giving a glimpse into his future. Here are his best appearances:

On "Late Night With Seth Meyers" in September of this year:

In this clip, Colbert is out of character discussing his Emmy win and his son with Seth Meyers, and "Captain America."

And here he is discussing "Lord of the Rings":

Here he is discussing the pope in character on Letterman in December 2013:

He appeared on "Conan" in November of 2011 with Jon Stewart:

Colbert was briefly a seat filler on "Conan" back in 2011, after Stewart had to leave and host his own show.

Who does the "string dance" better?

In 2008, Conan, Colbert and Stewart have a fake fight on "Late Night With Conan O'Brien":

During the 2008 presidential election -- in the greatest late night battle of all time -- Conan, Colbert and Stewart fight to the death. We hope they'll reprise this war during the 2016 elections.

Here's the behind the scenes:

Colbert plays "truth or truth" on "The Tonight Show With Jimmy Fallon":

Soon they will be late night competitors, but here Fallon and Colbert cannot lie to each other.

Colbert appears on "Letterman" in April of 2014:

And, of course, here is his 2011 appearance on "Late Night With Jimmy Fallon":

Before Jimmy Fallon took over "The Tonight Show," he and Colbert sang a duet of Rebecca Black's "Friday." Not only will the cover actually make you enjoy the song (for at least the showmanship of Colbert and Fallon), but it also showcases how versatile Colbert is. (I hope he sings and wears that tux on "The Late Show.")