The clip is almost too infuriating to watch 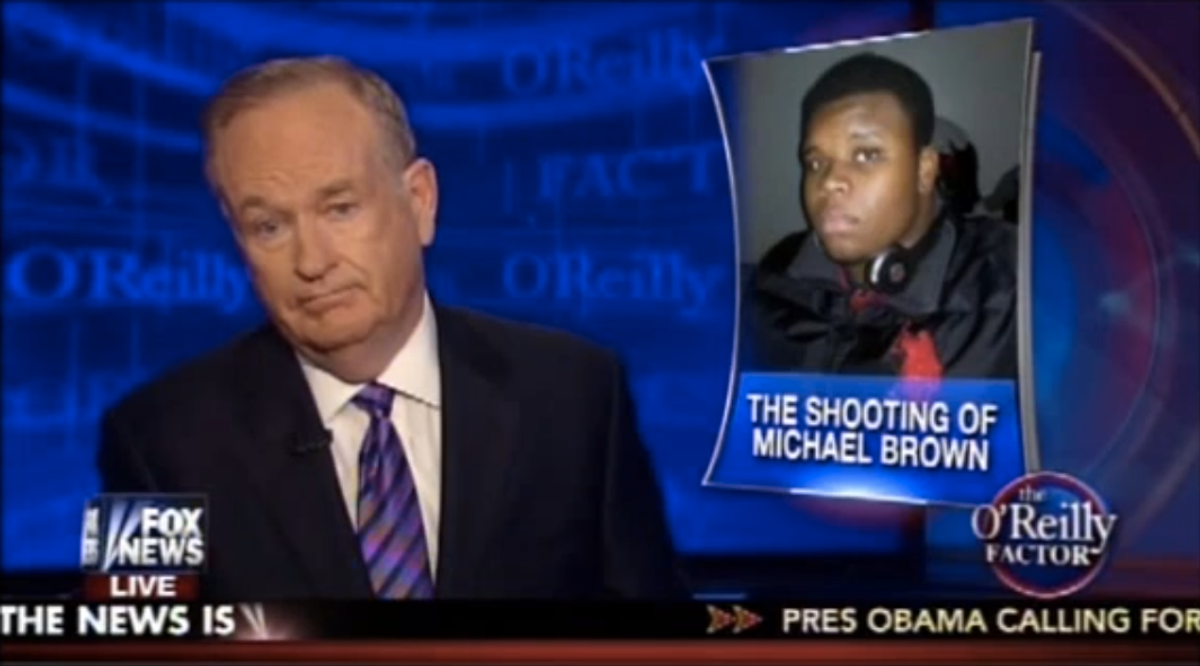 Conservatives have a fraught relationship with the concept of stupidity. When Jonathan Gruber referenced the stupidity of the American people, conservative media blew a collective gasket. Meanwhile, pundits attribute any disagreement with Dems to the opposing party's lack of education, or amazing ignorance. On Monday evening's edition of "The O'Reilly Factor," Bill O'Reilly criticized the St. Louis Rams for choosing to run on to the field on Sunday in the "hands up, don't shoot" position in honor of Michael Brown. It isn't that the players are appalled by police brutality and the systematic criminalization of minorities, said O'Reilly. Rather, the host argues, they aren't even smart enough to know what's going on.

"Look, you've got crazy people on all sides, Bill," said Juan Williams, arguing with the host's opinion that anyone who assumes the "hands up, don't shoot" position thinks that all police are hunting down all minorities. "But if you think that those football players identify and say, 'Oh, all cops are bad'? That is not true."

Watch the full clip below, if only because it is particularly gratifying to see Mary Katherine Ham and Juan Williams totally disgusted with O'Reilly throughout the segment.