Charles Clymer self-identifies as a "feminist leader," but he's also been accused of verbally abusing women 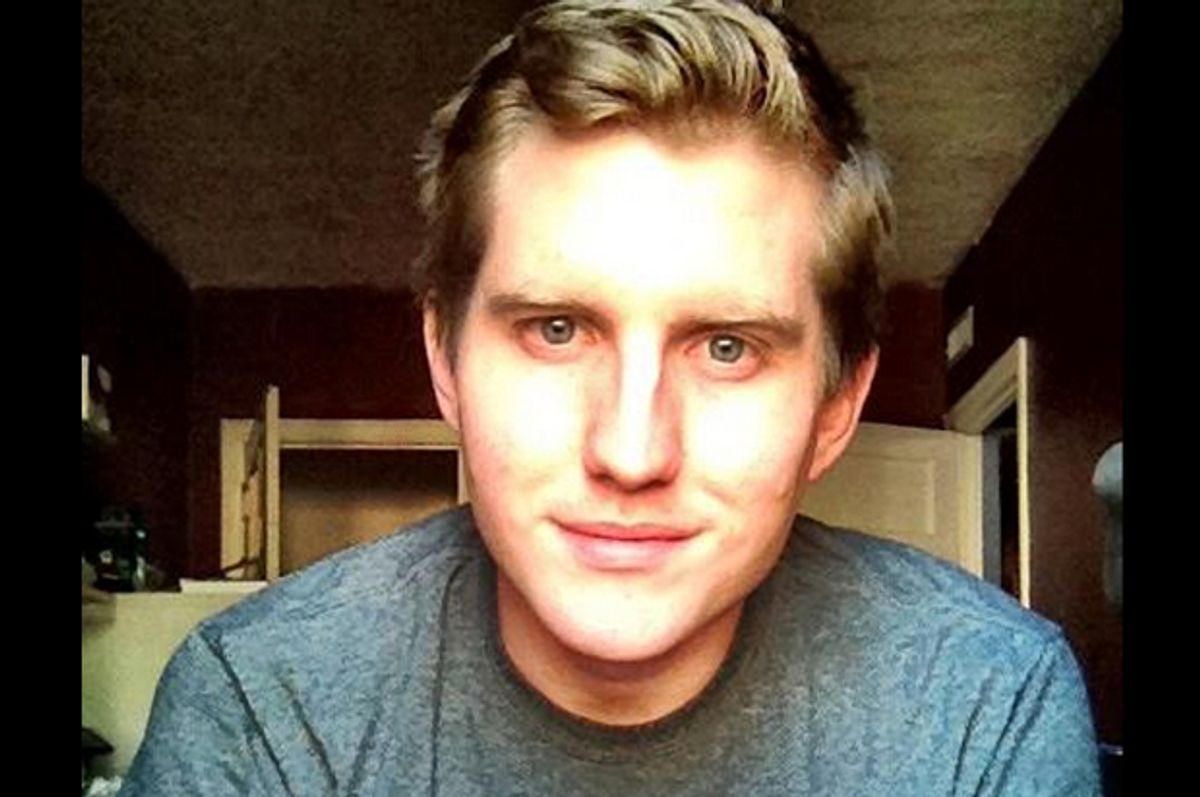 Last night Fast Company promoted a live chat with "male feminist" Charles Clymer, to some pretty loud boos. By this morning, they had already ousted him from headlining the chat. Writer Wagatwe Wanjuki tweeted:

So who is Charles Clymer? Clymer, who self-identifies as a Feminist Leader, has a Women for Equality Facebook page (which now seems mostly defunct) where he’s been alleged to verbally attack women as well as accused of deleting women’s comments who disagree with him. In an article for the Huffington Post last year, Darlena Cunha reported that a former moderator of his page, Zoe Katherine, disagreed with him and then was threatened with being kicked out of the group. “If we did it privately we were guilt-tripped, or simply ignored,” Katherine explained.

One commenter on the page, Stephanie Kay, described her exchange with Clymer to be equally as dismissive, but explained that she got this cake-topper of a response from Clymer:

“Stephanie, I'm going to let you in on a little secret that, apparently, no one has had the guts to tell you up to this point in your life: having a vagina does not grant you magical powers of perception and nuance anymore than my penis magically blinds me from the horrors of the world.”

This sounds to me like a weird management style from someone who just last night — even if only briefly! -- was featured in a chat on gender equality at work. Then I came upon Kat Stoeffel’s article on Clymer, where she reported that National Women’s Political Caucus president Linda Young presented him with their annual “Good Guy Award” and then took it back -- or at least decided not to publicize it very soon after. A woman who writes the Tumblr “The Black Unicorn” also published this disturbing private Facebook exchange between her and Clymer — it appears to be a disagreement at first, but then turns into Clymer appearing to demand an apology with fierce aggression. At midnight. Probably this #StopClymer Storify from last May says it all.

Despite all this, Clymer desperately wants to be in the feminist spotlight. Read through his Twitter feed and you’ll find what seems like a lovely person, an “army vet and feminist” who tweets about all of the right topics: Ferguson, making research count for women, about rape threat investigations. His Twitter profile is a black-and-white of a young Gloria Steinem and her cat. He is expressing to you, he is demanding that you understand: Charles Clymer is dedicated to the cause of feminism and you and your magical vagina are going to believe him, like it or not.