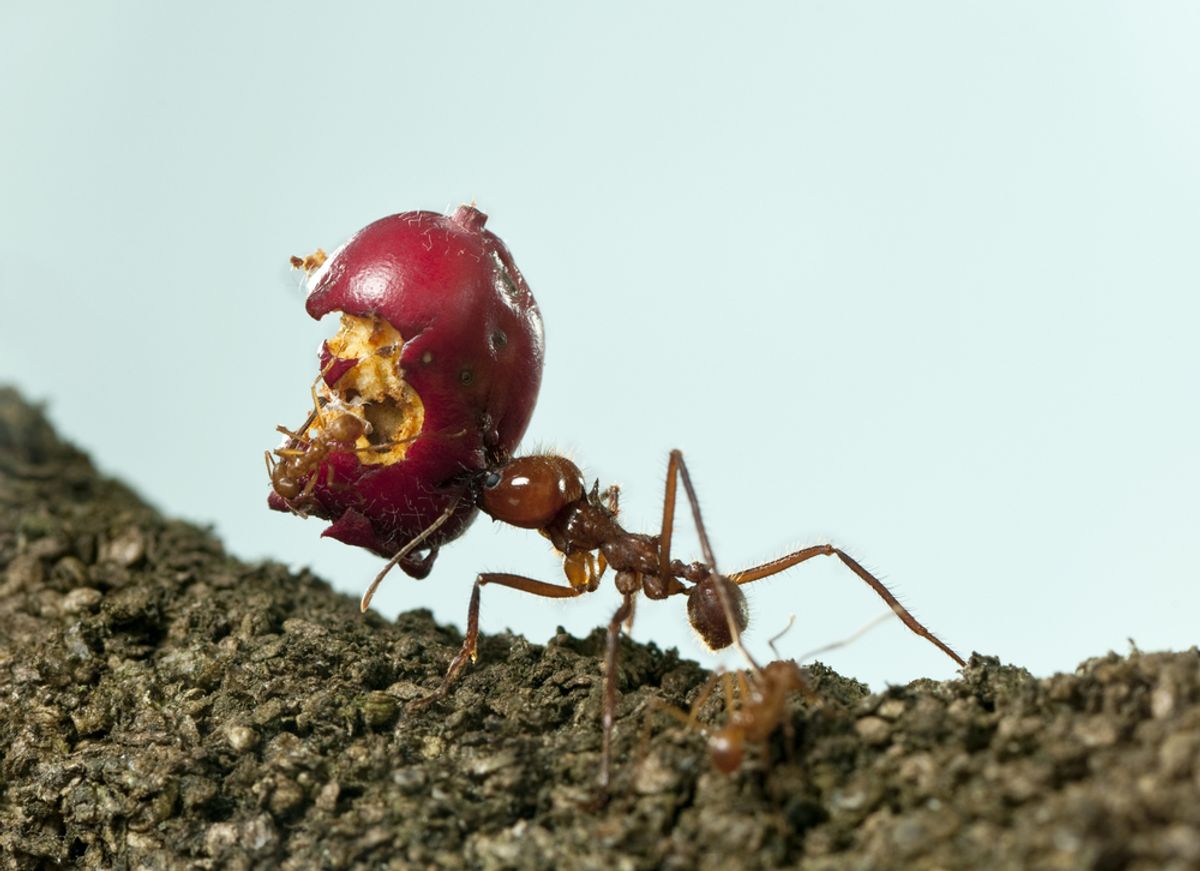 Here's something New Yorkers aren't accustomed to hearing: be grateful for bugs. Researchers at North Carolina State University studying the city's tiniest residents discovered that the pests are playing a "significant" role in cleaning up after human litterbugs.

As described in a study published in the journal Global Change Biology, the team placed out trays of junk food -- Ruffles potato chips, Nilla Wafers and hot dogs (you know, all the typical things New Yorkers are prone to toss into the streets) -- at strategic spots throughout the city, left them there for 24 hours, and then came back to measure how much had been consumed. What they found was that insects had completely gone to town on the junk food; on a third of the trays placed on street medians, they managed to clear the trays entirely.

"We calculate that the arthropods on medians down the Broadway/West St. corridor alone [a 150-block stretch] could consume more than 2,100 pounds of discarded junk food, the equivalent of 60,000 hot dogs, every year -- assuming they take a break in the winter," said Elsa Youngsteadt, the study's lead author, in a statement. The consumption on such medians was two to three times higher than in parks, a difference the researchers attribute to the territorial, voracious pavement ant.

"This isn't just a silly fact," Youngsteadt added. "This highlights a very real service that these arthropods provide. They effectively dispose of our trash for us."

Significantly, the researchers also found that insects are fighting larger predators for the discarded feasts: more food disappeared on trays left open for a free-for-all than on trays covered with mesh so that only ants could get in. "This means that ants and rats are competing to eat human garbage, and whatever the ants eat isn't available for the rats," Youngsteadt explained. "The ants aren't just helping to clean up our cities, but to limit populations of rats and other pests," like pigeons.

Considering how New York City's rats have been shown to harbor E. coli and salmonella, along with 18 unknown viruses, this is a battle we should be happy to let the insects win.