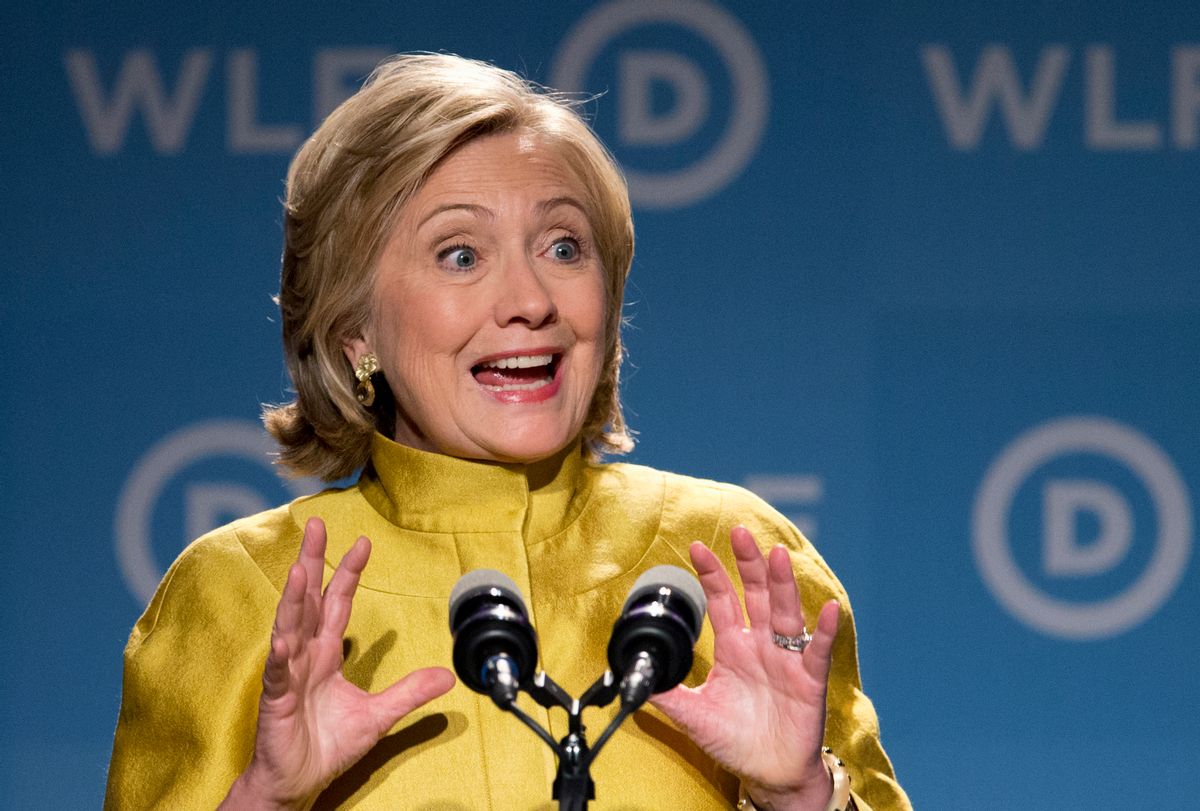 Monday was a strange day for Hillary Clinton, who as of yet has refused to take a public stance on the Keystone XL pipeline. First, she hosted a fundraiser for Louisiana Sen. Mary Landrieu, a politician notable for relying heavily on her support of the pipeline to take back her Senate seat. Later that evening, Clinton attended a League of Conservation Voters fundraising dinner, at which she delivered an impassioned speech in support of environmental protection and scolded deniers.

"The science of climate change is unforgiving, no matter what the deniers may say, sea levels are rising, ice caps are melting, storms, droughts and wildfires are wreaking havoc," Clinton said in her speech. "The political challenges are also unforgiving. There is no getting around the fact the kind of ambitious response required to effectively combat climate change is going to be a tough sell at home and around the world at a time when so many countries including our own are grappling with slow growth and stretched budgets."

"Our economy still runs primarily on fossil fuels and trying to change that will take strong leadership," she continued. "We do not have to choose between a healthy environment and a healthy economy."

CNN's Dan Merica contextualized her refusal to comment on the pipeline:

The former secretary of state has repeatedly dodged the Keystone question and gave the issue zero mentions in her 2014 memoir. Clinton usually tells interested audiences -- usually groups in Canada or at environmental events -- that she doesn't want to comment on an issue currently in the hands of her successor, Secretary of State John Kerry.

But Keystone appears to be one of the only issues where Clinton follows that rule. The former first lady regularly comments on other issues currently on Kerry's plate, like Syria, the ongoing conflict with ISIS and talk over nuclear weapons with Iran.

Both Republicans and Democrats have faulted Clinton for not commenting on the issue. America Rising, an anti-Clinton super PAC, has made the issue one of their most used recent attacks on Clinton, while liberal groups have pushed Clinton for specifics on her pipeline position.

Speaking to reporters following the event, Gene Karpinski, president of the League of Conservation Voters, said that while he strongly objects to the pipeline's construction, "it's not critical at this moment" for Clinton to take sides. "She's already made it clear this is a decision the president should make in consultation with the secretary of state and she's not going to offer her opinion," he said. "I wouldn't have expected anything different than that."