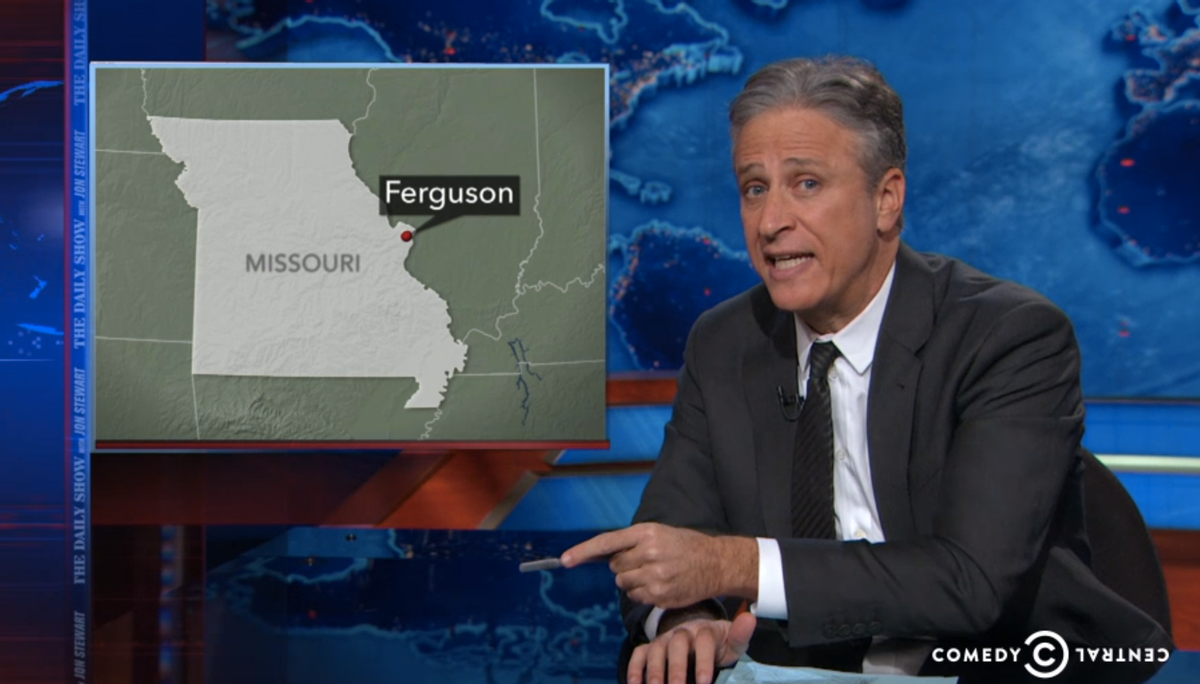 After a week-long break for Thanksgiving, "The Daily Show" tackled the events in Ferguson, Missouri, following the grand jury's decision not to indict Darren Wilson.

Jon Stewart looked at the skewed framing of the Ferguson protests by one particular network, Fox News. And then Stewart tore into them. He called out Fox News' hypocrisy, their blatant ignoring of "systemic injustice,” and Fox News' insistence that the protests were incited by "race arsonists." Watch below: