Network television is ready for a female late-night host, as long as she’s not real 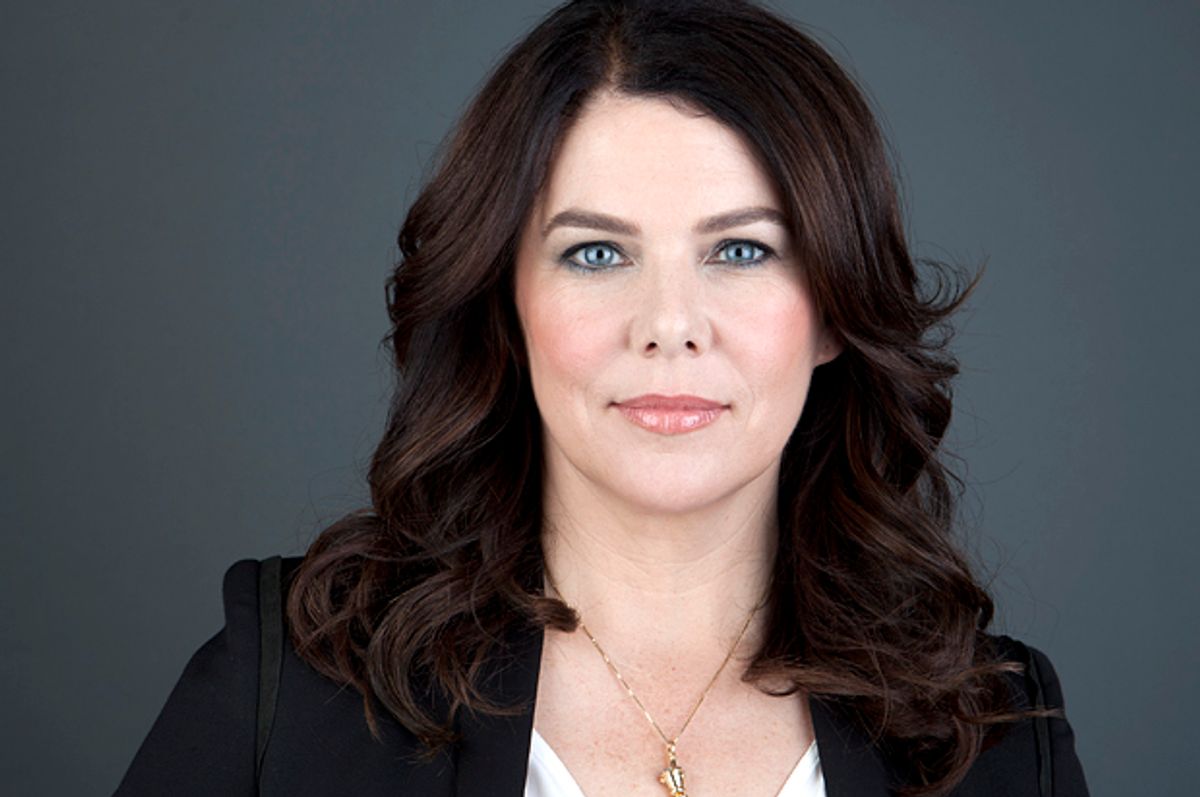 As NBC’s “Parenthood” winds down, costar Lauren Graham has set her sights on a later time slot at the network — for her new character, though, not for herself. Graham has a script development deal with NBC for a new show, “Kate on Later,” which she’s co-writing with former “Sex and the City” executive story editor Liz Tuccillo. The half-hour, single-camera comedy will follow Graham’s Kate as she breaks into the mancave of late-night TV.

If her show is picked up, Graham will play a role for NBC that the network would probably not seriously consider her for if “Kate” were a real person. On NBC, a woman anchoring a late-night talk show makes more sense alongside the fractured fairy tales of “Grimm” and the supernatural threats of “Constantine” than opposite Jimmy Kimmel. Ellen DeGeneres, a woman who should be on the short list for these hosting gigs in real life, has signed on with “Kate on Later” as an executive producer.

When the most recent rounds of late-night hosting talent shakeups at NBC and CBS went down, it felt like time to bring a little diversity to the late-night desks. But the status quo prevailed with Seth Meyers and Stephen Colbert scoring plum network anchor spots instead of Joan Rivers, before she passed away, or even Kathy Griffin, her heir apparent. Women hosts are still relegated to daytime slots or niche cable shows, unless they’re scripted on paper and played by someone like Graham, who, despite being a solid comedic actress, is not likely to storm “The Late Show” offices demanding David Letterman’s job.

It’s not that the bar is set overly high for promising talent. If Jimmy Kimmel, who has done quite well in the role, can sidle over to ABC’s late spot from Comedy Central’s “The Man Show,” surely a network should have its eyes on Amy Schumer. And it’s not like the talent isn’t out there — you’d be hard-pressed to drum up a decent reason why any number of experienced female comedians aren’t at least as suitable for the gig as Seth Meyers was when he made the jump from “Saturday Night Live” to NBC’s “Late Night.” Even leaving aside veteran shoo-ins like Amy Poehler, Tina Fey, DeGeneres and Chelsea Handler, there’s “Daily Show” correspondent Samantha Bee, Maya Rudolph, Mindy Kaling (if she’d have it) and stand-up veteran Maria Bamford. In what reality is it not way overdue for Sarah Silverman to take over the world, at least for one hour on weeknights?

Maybe once network execs are used to seeing a woman behind that desk, even if she only exists on paper, the idea might not seem so far-fetched. Schumer, Retta, Ilana Glazer and Abbi Jacobson, Jessica Williams, Megan Amram, Jenny Slate — they are all funnier and more interesting on an off-night than Carson Daly -- who got 13 seasons out of NBC to prove himself on late night before moving to “Today” last year -- has been at the peak of his charm. Sooner or later, that glass ceiling is going to have to crack. The next generation of rising comedy stars aren’t going to play second chair for their entire careers, and while successful sitcoms, sketch comedies and offbeat cable shows aren’t exactly consolation prizes, they aren't equal substitutes for the influence and reach of the network late-night anchor chair.