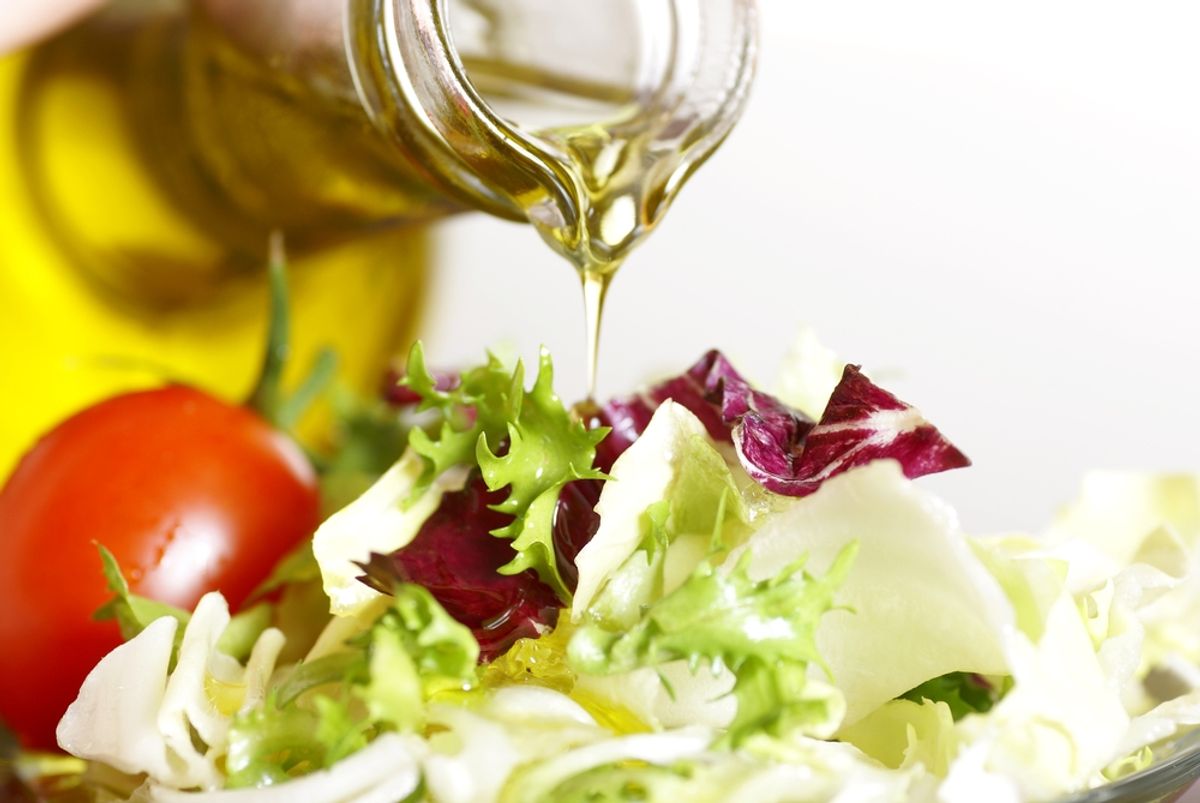 Italy's calling it the "Black Year of Italian Olive Oil."

Wacky weather and pests wreaked havoc on this year's olive crop, resulting in a harvest down 35 percent from last year. And Italy's not alone: Production is down across the Mediterranean Basin, home to 97 percent of the world's olive oil production, as well as in California, where drought and an early winter cold spell led to a disappointing harvest. The International Olive Council predicts the global yield is going to reach a 15-year low, and prices are soaring as a result -- in the EU, a bottle of the good stuff from Italy now costs more than double what it did last year; olive oil from Spain, which is suffering through a record-breaking drought, costs 15 percent more.

The dramatic impacts of a year's bad weather expose the downside of intensive farming practices, explains the Ecologist: responding to the increased global demand for olive oil, more and more farmers have been replacing traditional olive groves with giant olive tree plantations, which depend on piped-in water and are more vulnerable to pests.

And those vulnerable crops are likely to be exposed to more weather extremes in the future. The IPCC predicts that the Mediterranean region will be hit particularly hard by the effects of climate change, with hotter, drier weather impacting its agricultural production -- and not just for olives. The region also produces 60 percent of our wine, 45 percent of grapes, 25 percent of dried nuts and 20 percent of citrus, bad news for adherents to the heart-healthy "Mediterranean diet."

As the shortage takes effect, we'll start seeing those price hikes in the U.S. Olive oil expert Tom Mueller tells the L.A. Times' Russ Parsons that consumers should be on high alert, less they get taken in by labeling scams:

“Certainly, anything claiming to be Italian oil that costs below, say, $12 per liter should be avoided, as it virtually can’t be Italian from this year’s harvest and cost that little (prices for 100% Italian extra virgin olive oil have skyrocketed as this bad harvest has emerged). Anything cheaper virtually has to be – wholly or in part – last year’s oil, or another country’s oil, or some other vegetable oil.  Be doubly suspicious of anything that claims to come from Tuscany, Umbria or another of the harder-hit regions.”