Chris Rock's economic bombshell: What his "riots in the streets" prediction says about the American Dream 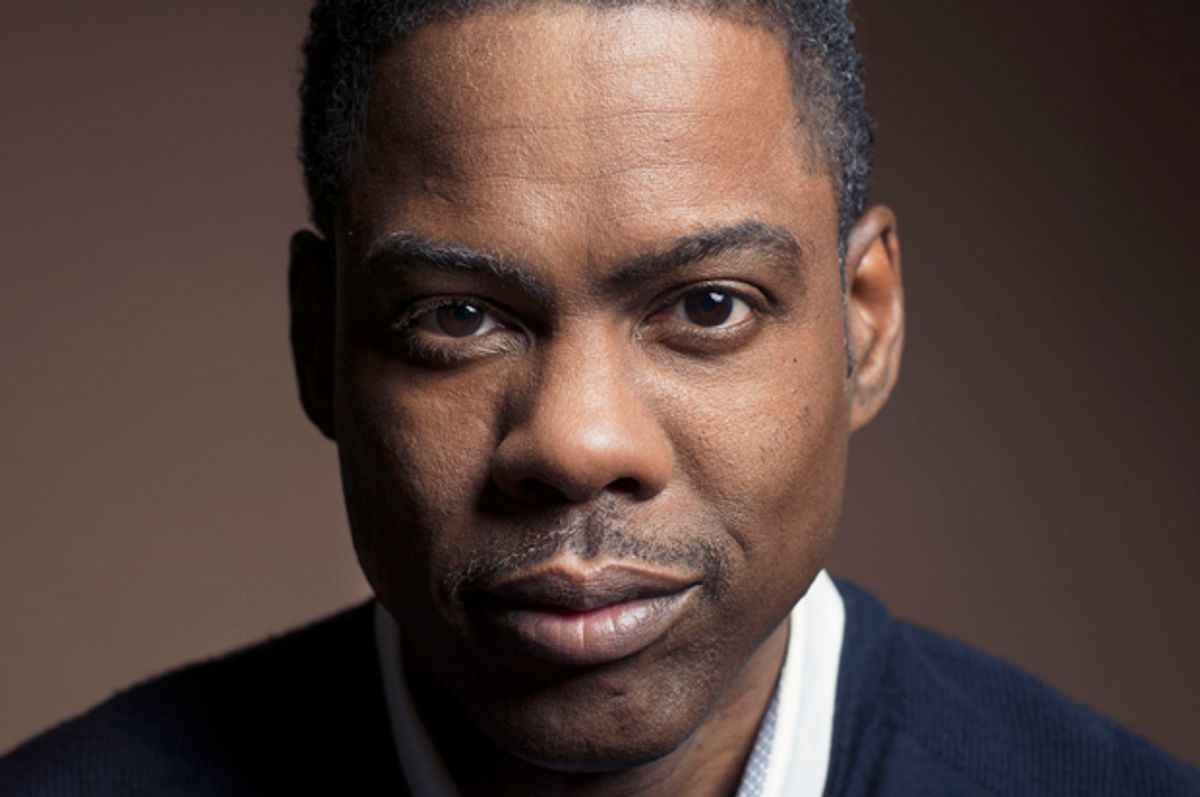 I’ve already written a bit about Chris Rock’s must-read interview with Frank Rich and, as much as I enjoy the comedian’s work, I didn’t expect to be returning to it quite so soon. But although Rock’s comments on racism initially drew the most attention, a recent study from Gregory Clark, a researcher at University of California, Davis, has got me thinking that the comedian’s most insightful (and potentially radical) statement came earlier in the interview, during a brief digression about inequality. “Oh, people don’t even know,” he said, responding to Rich’s claim that class was still “the elephant in the room” of American politics. “If poor people knew how rich rich people are,” he continued, “there would be riots in the streets.”

At first blush, this may not sound like such a profound statement; it could be easily mistaken for a comment about the politics of envy or simply the awesome scale of inequality today. But I don’t think that’s what Rock was getting at, really. Rather than speaking to the reality of inequality itself or the combustible resentment of the underclass, Rock was talking about our perception of American society, and how that perception influences politics. That’s why, in his next remark, he expanded beyond the poor to “the average person.” They too, he said, would also be outraged and bewildered by the lifestyle of the 1 percent. “If the average person could see the Virgin Airlines first-class lounge,” Rock said, “they’d go, ‘What? What? This is food, and it’s free, and they … what? Massage? Are you kidding me?’”

On strictly empirical grounds, Rock’s assertion is incontestable. Multiple studies have shown that Americans seriously underestimate the degree of inequality in the U.S. economy. As Slate’s  Jordan Weissman noted in September, subjects in one test “estimated that the top 20 percent of U.S. households owned about 59 percent of the country’s net worth,” when in truth the number is closer to 84 percent. Moreover, the same study shows that even if the wealth of the U.S. economy was distributed like they’d believed, most Americans would still consider it too unequal. And these findings were consistent across many social groups; from Republicans to Democrats, from men to women, from the rich to the poor. No matter your vantage, it seems, Americans’ perception and their reality is not in sync.

To be fair, it’s quite likely that that’s always been the case. And while the gap between perception and reality was most pronounced in Americans, people from other developed (and increasingly unequal) economies also came up with ideal distributions that were markedly different from their countries’ actual status quo. What separates Americans from others, though — what makes inequality of this kind sustainable in the U.S. in a way that in other democracies isn’t; what makes the gap between perception and reality that Rock alluded to so difficult to bridge — is their faith in one of the greatest branding exercises in human history. I speak, of course, of the American Dream.

The American Dream isn’t new, of course, and it didn’t pop up as a response to the great divergence that started in the early 1970s. It’s been around for more than 100 years, and there really was a time, during the late 1800s, when rising wages and rags-to-riches stories made the theory at least plausible. But as the aforementioned U.C. Davis researcher Gregory Clark has found in a recent (paywalled) study, even if the American Dream was real in the past, it’s no longer operational today. “America has no higher rate of social mobility than medieval England or pre-industrial Sweden,” Clark said, according to a report from Sacramento’s KOVR-TV. In fact, while Clark joins many other experts in finding that social mobility today doesn’t make good on the American Dream’s promises, he goes one step further and argues that it never did.

“My students always argue with me,” Clark told KOVR-TV, because they find the idea that our lives are not much of our own making “very hard to accept.” And if the relatively liberal students of a public school in California consider Clark’s evisceration of the American Dream upsetting, imagine how most other Americans would take the bad news. Currently, the gap between perception and reality in U.S. society is papered over by the American Dream and its vow that regular people, through hard work and perseverance, will be able to get ahead. That dynamic won’t change until more Americans realize that the American Dream today is just an empty promise. But if that ever happens, the 1 percent and the stewards of government will have a whole lot more trouble on their hands than Chris Rock’s hypothetical riots.