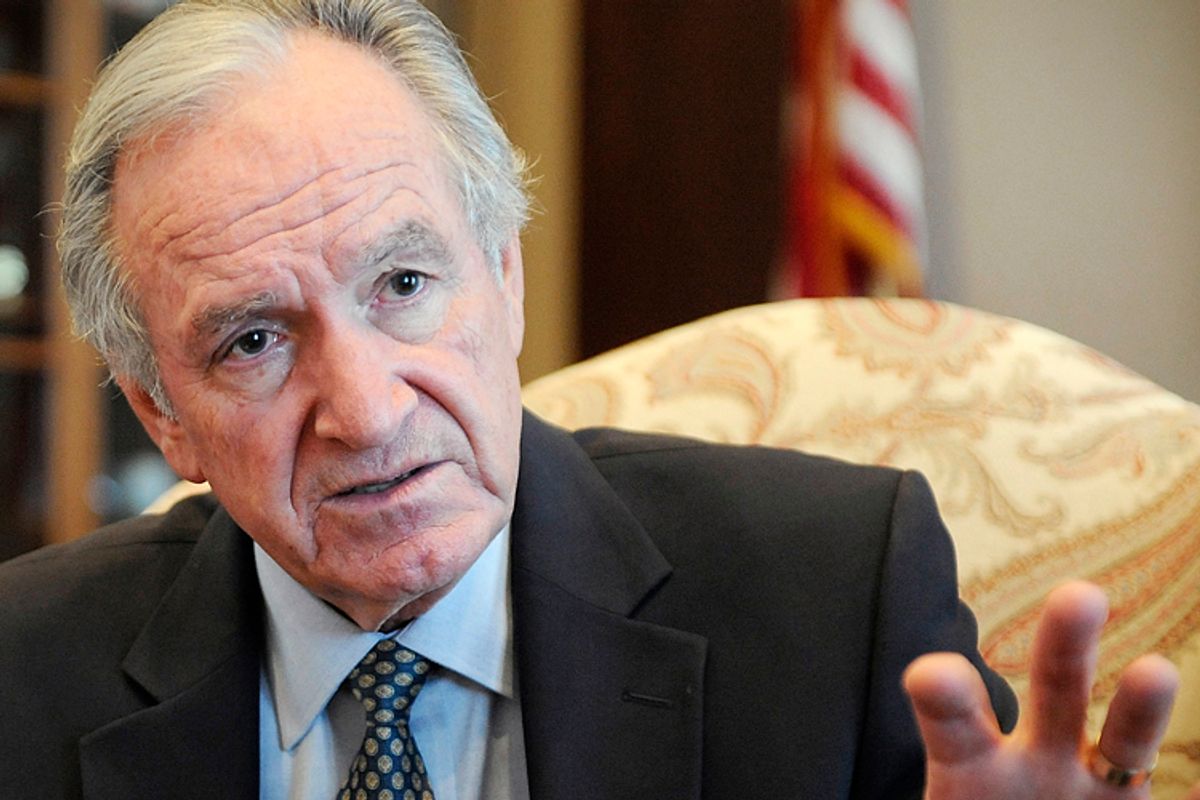 Sen. Tom Harkin of Iowa, who as chairman of the Senate health committee was a key architect of the Affordable Care Act, now says that Democrats may have been better off passing single-payer health insurance or a public option -- or nothing at all.

Harkin told the Hill that the health reform law has proven far too complex, arguing that passing government-provided health insurance would have established a far more "efficient" system.

“We had the power to do it in a way that would have simplified healthcare, made it more efficient and made it less costly and we didn’t do it,” Harkin told the paper. “So I look back and say we should have either done it the correct way or not done anything at all."

“The House passed public option. We had the votes in the Senate for cloture,” Harkin said.

According to Harkin, the party had the votes for at least a public option, but "blew it" by not pushing aggressively for one.

Harkin added the caveat that he "can Monday-morning quarterback with the best of them,” but his grievances echo those of many progressives who contend that the 2010 health reform law could have been much stronger.

The 30-year incumbent will step down from the Senate in January. Last month, Iowa voters chose right-wing Republican Joni Ernst, who has endorsed arresting federal officials who implement Obamacare, to succeed the progressive stalwart.