"We've got the tree lighting ceremony!" 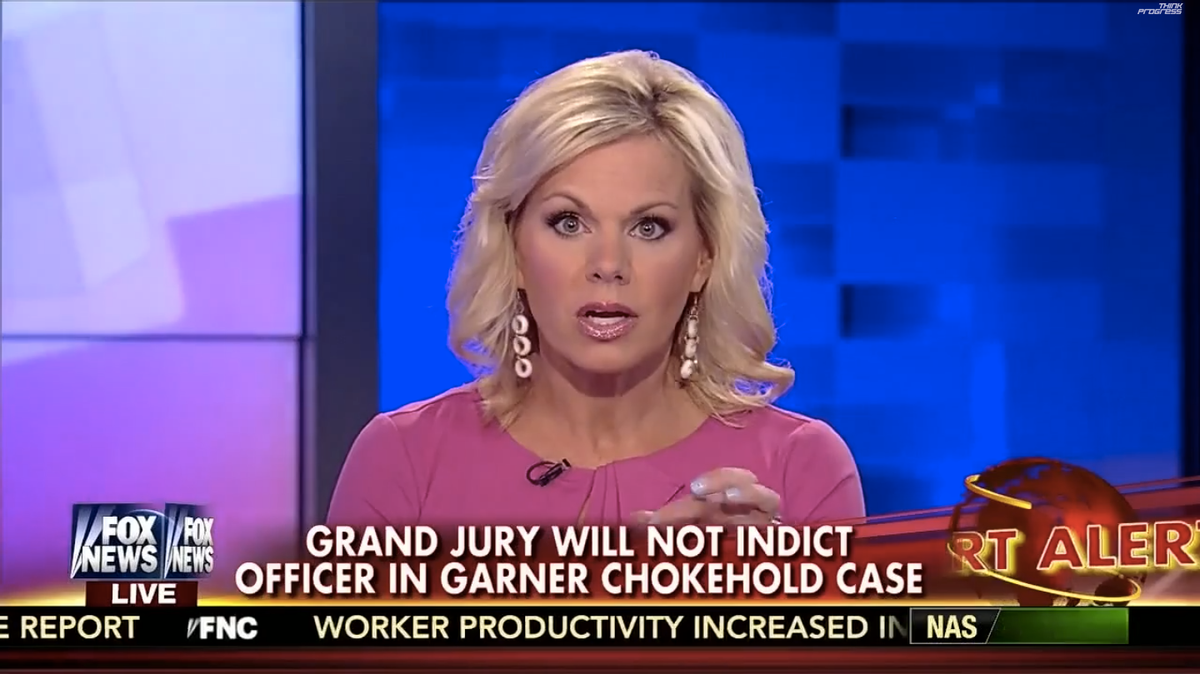 When a Staten Island grand jury announced its decision not to indict NYPD officer David Pantaleo for killing Eric Garner with an illegal chokehold, Fox News was ready with its hottest take. Host Gretchen Carlson pointed out that New York City had seen a number of protests in Times Square and Union Square in response to Ferguson, and she was nervous things might get heated again.

"I certainly hope nothing's going to happen in New York City today, and we've got the tree lighting ceremony," she said, referring to the annual lighting of the Christmas tree at Rockefeller Center.