Gillian Welch: "People make art to deal with the gnarliest, most painful events"

"I was listening to Top 40 radio the other day. It’s music to get dressed to while getting ready to go on a date" 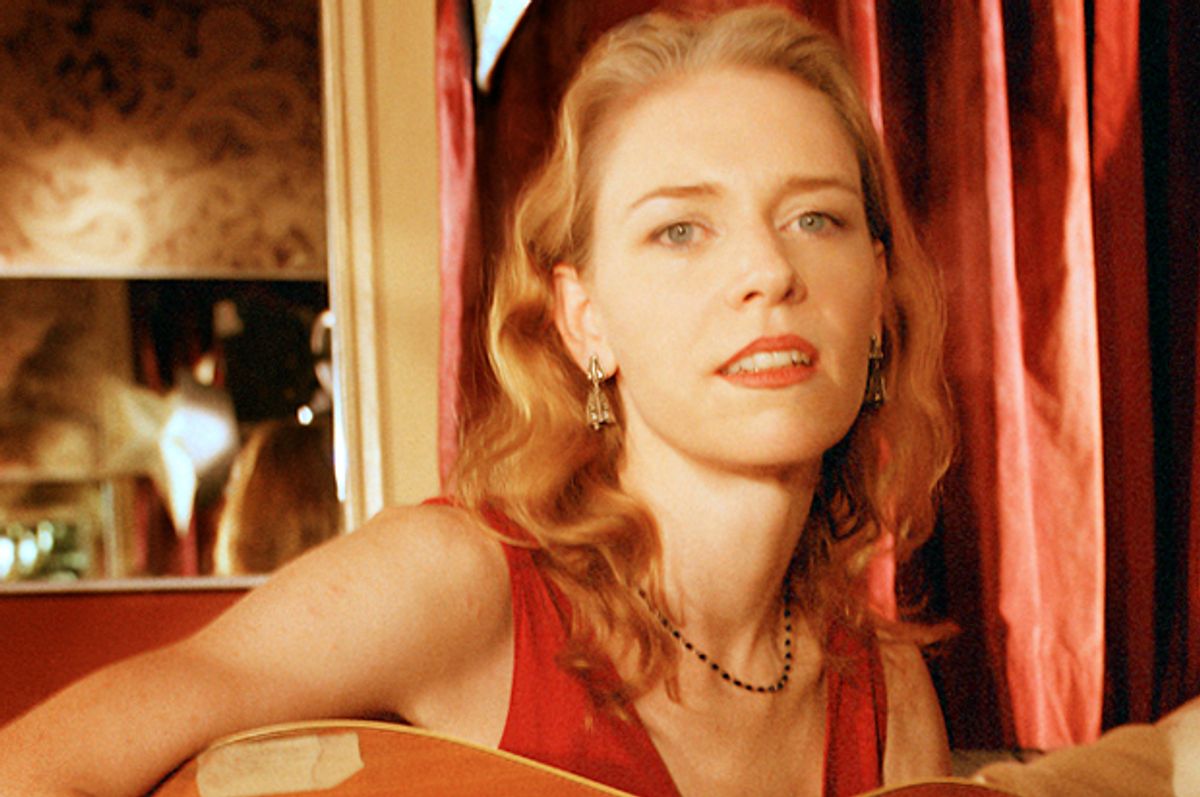 I want to talk about the tradition of tragedy in Southern folk music. This tradition connects with why people make art – to deal with the gnarliest, most painful events that occur. Things beyond your control, almost beyond human understanding. This is why we sing about them: the sinking of the Titanic, hurricanes, rapes, assassination, murder, suicide, drugs …

Music used to be the be-all and end-all of entertainment and art, for the populace, back before TV and movies. Obviously there were books and stuff, but movies were much more inclusive. Now, in our popular culture, most people who have heavier subjects put it in a film or in a miniseries. Music is no longer the place to deal with things like, “My mother died,” which it used to be.

I think these old songs shock people, in a good way. When people bump into a song that speaks to them in a dark hour – it’s a revelation. People say, “I can’t believe that song – it’s what’s happening to me.”

In pop culture today, it’s mostly about heartbreak. I was listening to Top 40 radio the other day. It’s music to get dressed to while getting ready to go on a date … What a small window of time and place pop music is occupying!

The understatement is part of the function of these songs – they’re not really about titillation. It’s not a cheap thrill. We’re talking about tragedy. It’s not an action thriller – it’s not about the chase, about him hunting her down and killing her.

These tragic songs serve several purposes. They let us know that these things happen to people – and if they haven’t happened to you, they could. And they tell you, you need to have compassion. (It’s like the deepest tradition of the lullaby – branches break, and cradles fall. We sing that to children.) And for people who are closest to the tragedy, it’s even deeper.

I’ve always been deeply, deeply moved by the [traditional ballad] “Barbara Allen” – it’s a complex and crazily human song, with an oddly modern underpinning to it. Barbara is kind of the sweetheart of the town — we take it she’s good-looking and everybody likes her. The boy comes to town and they fall in love very quickly. And then there’s a minor slight: They’re out at a bar, and he toasts all the women in the town, but he doesn’t raise his glass to Barbara Allen. That’s it. She breaks it off, and he dies of heartbreak. And she comes to him and cruelly and coldly tells him, ‘This is why – you slighted me.”

And walking home, and she hears the death bells, she realizes how spiteful and cold she has been. “Hard-hearted Barbara Allen,” cry the crows and the bells, and she falls down, inconsolable. She sees his body being carried out. And she dies of remorse and regret; it’s almost like a suicide. She tells her father, “Dig my grave, I’ll die tomorrow …”

And they bury them side by side. Winter comes, and the snow falls, and in the spring, over his grave grows a beautiful red rose, for his true love. And out of her grave grows a thorny briar, and they wind around each other – for all eternity. With the beautiful, beautiful poetry of folk music.  It’s an interesting psychological tale.

It’s heartbreaking. Sometimes I can’t get through it because I get choked up – there’s something really real about it. That’s a great one and a deep one. I’ve never sung it onstage. One thing I do sing is “Will the Circle Be Unbroken,” which is about the death of mother. There used to be a lot of songs like that; it’s its own subcategory. You hear Carter Stanley onstage, “Well, someone wants to hear a mother song …” It’s a big one, and really hard for people to deal with. So, we have these songs. “Will the circle be unbroken?” Will I get to see her again? Will there be a reunion?

Many of these songs are not exactly hopeful – they’re resigned, accepting; some of them are stoic. Tragedy is not hopeful! I don’t know what “King Lear” is, but it’s not hopeful.

My song “Annabelle” is in a way a really typical [tragic] story song. It’s about a poor sharecropping family, told from the point of view of the mother, who wants to make things better for the children. And then we found out that her child died. The unusual thing I did to push this forward is to have the mother – our narrator – comment upon it. [“We cannot have all things pleasing/ No matter how we try/ Until we've all gone to Jesus/ We can only wonder why.”] I sort of summarized this rural stoicism for the chorus. An old folk song wouldn’t do that. And “April the 14th” deals with a confluence of bad news — the Titanic, the Dust Bowl, Lincoln’s assassination, and weaves it into a personal moment of crisis.

If I looked at it, I could probably make a case that [this tradition] is everywhere, in all my stuff. We’re all different, every writer, and everyone has a different knack ... You don’t really get to choose what you have a sensitivity and insight for. You’re lucky to have it at all; you don’t get to direct it. I seem to have a sensitivity to life’s more painful moments.

It’s really wonderful for me as a writer – to feel like nothing is out of bounds or off limits. This tradition welcomes [the pain] – it’s what it’s there for. This type of folk music, it takes anything you dish out. It’s what it’s made for.

Gillian Welch’s latest album is “The Harrow and the Harvest.” She’s currently recording a new album with Dave Rawlings Machine.