GOP beating up its own: Why the right isn't buying Boehner's immigration proposal 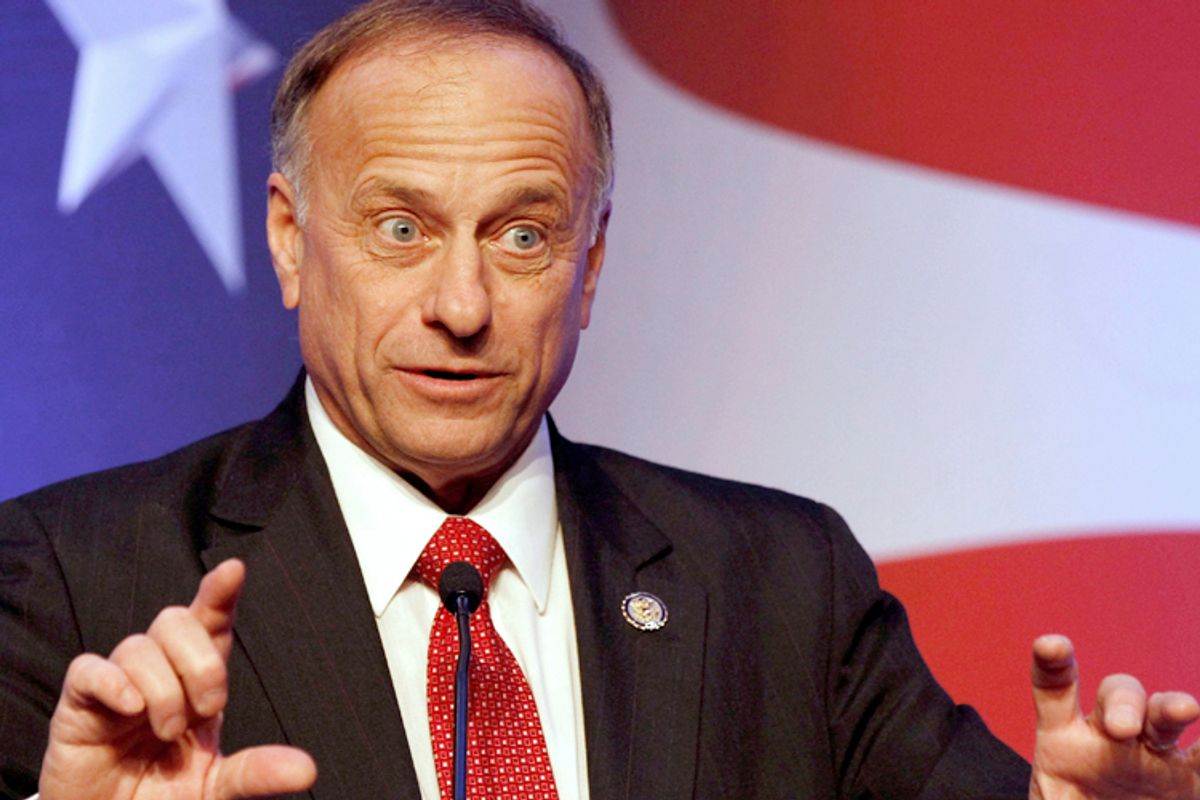 All John Boehner wants to do is fund the government, go home to Ohio, and spend Christmas curled up in a tanning booth with a carton of Camel Lights. But he can’t do that. And it’s his own damn fault.

Conservatives on Capitol Hill are angry over President Obama’s unilateral action to halt deportations for undocumented immigrants, and the way they’ve decided to fight back is to withholding funding for parts of the government to force Obama to back down. Boehner doesn’t want to shut down the government and subject his party to (another) political flensing, so he’s trying to figure out a way to satiate angry conservatives while at the same time ensuring that the government stays open. The plan he came up with was the “Cromnibus,” a spending package that funds most of the government for the long-term, but subjects funding for Homeland Security (which handles immigration issues) to renewal sometime early next year. That, paired with a symbolic resolution rebuking Obama, was supposed to be enough to buy off the angry right.

But it’s looking like the conservatives aren’t buying what Boehner’ selling. “Hardline conservatives who have caused problems for leaders for years were not falling in line,” Politico reported this morning. The speaker’s familiar nemeses on immigration issues – Rep. Steve King and Sen. Ted Cruz – are once again rallying conservatives to buck Boehner and the leadership and demand the GOP take a stronger stand against Obama now. They have a very good reason for doing this: they’ve forced Boehner’s hand in the past.

Remember the child migrant crisis from the summer? It seems like an age ago, what with the election and ISIS and the Ebola plague that swept the nation, but at the time it was a big test for Boehner and the House of Representatives. They wanted to prove that the GOP could “govern” heading into the election, so they tried doing something almost unheard of these days: passing legislation. Boehner slapped together a bill to militarize the southern border and commit a few sparse resources for the care for the tens of thousands of migrant kids until they could be sent back to their home countries. The amount of money was far less than the White House had requested, and Boehner hoped that the bill’s frugality and emphasis on border security would be enough to entice the Tea Partyers in his caucus.

It wasn’t. The hardliners also wanted to include language defunding the Deferred Action for Childhood Arrivals (DACA) program, which Obama had created through unilateral action, and which had nothing to do with the border crisis. Boehner refused, but when it became clear that his bill wouldn’t have enough support from his own caucus to pass, he yanked it and issued a statement demanding that Obama act unilaterally to resolve the crisis.

But then something amazing happened: the next day, Boehner revived his own legislation by caving to Steve King and the hardliners and giving them everything they wanted. To get conservatives to support his border crisis bill, Boehner allowed a vote on separate legislation to end DACA. Both bills passed, and House Republicans patted themselves on the back for their incredible legislative skills.

Now that conservative Republicans have yet another opportunity to impose their extremist views on immigration, they’re not about to let Boehner forget this episode from the not-too-distant past. Sen. Jeff Sessions, one of the leading anti-immigration reform voices in the Senate, issued a statement last night attacking Boehner’s “Cromnibus” proposal, and specifically referenced the “executive amnesty” fight from this past summer:

The Chairman of the Republican Party made a promise to America on executive amnesty: “We can’t allow it to happen and we won’t let it happen… everything we can do to stop it we will.”

Unfortunately, the plan now being circulated in the House fails to meet that test. The executive amnesty language is substantially weaker than the language the House adopted this summer, and does not reject the central tenets of the President’s plan: work permits, Social Security, and Medicare to 5 million illegal immigrants—reducing wages, jobs, and benefits for Americans.

It’s an unsubtle reminder to Boehner: we already had this fight, and you lost.

The absurdity underlying all this drama is that things the Republicans are fighting over – government funding, continuing resolutions, “defunding” Obama’s executive actions – don't actually matter when it comes to the president's immigration policies. Brian Beutler points out that cutting off funding for DHS, whether you do it now or three months from now, won’t stop Obama’s executive action. The Republicans are fighting amongst themselves to gain leverage that they don’t actually have. It all just boils down to how far Republicans are willing to go to convey the appearance that they’re anti-“amnesty.” Boehner’s past waffling on the issue clearly has conservatives believing that they can take him as far as they are willing.