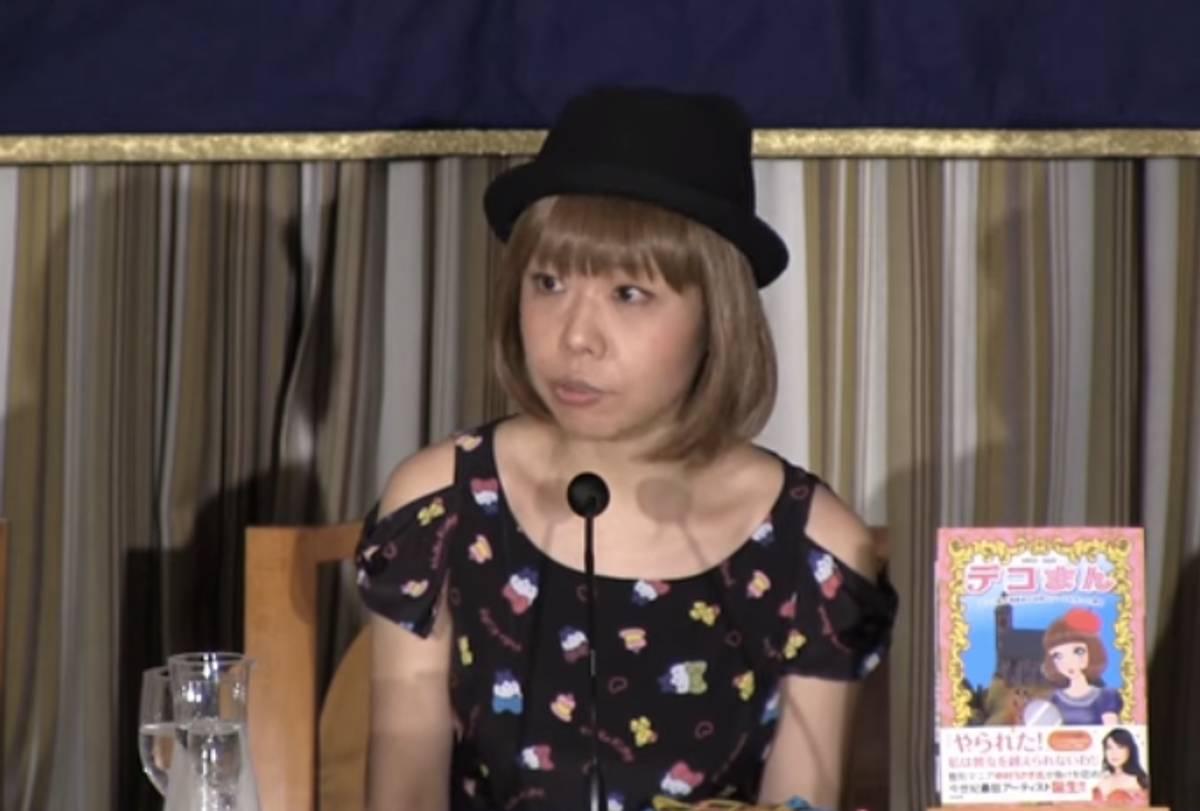 The Japanese artist Megumi Igarashi, who goes by the moniker Rokude Nashiko, has been jailed yet again for attempting to create a 3D-printed kayak modeled on her vagina. The artist was first arrested in July for attempting to raise funds for the project, reportedly in violation of Japanese obscenity laws. Igarashi was re-arrested on Wednesday on suspicion of emailing a link "that shows her plan to create a boat using three-dimensional obscene data to a large number of people," according to AFP.

This is not the first time Igarashi has disseminated plans for her vagina kayak: she attempted to have supporters download the plans last year, as well, and that she sold CD-ROMs with the data at an exhibition in May. The artist was released in July days after her initial arrest, in response to a petition signed by thousands of people demanding her freedom. The obscenity charges against her, however, were not dropped, ostensibly leading to her Wednesday arrest. Others have also been arrested for "collusion" with Igarashi, including sex toy shop owner Minori Watanabe, who was also charged with displaying obscene materials in her storefront window.

While Japanese officials' decision to arrest Igarashi a second time might come as something of a surprise, the artist's obstinance should not. Upon her release in July, Igarashi gave no indication that she planned to conform to Japan's obscenity laws, which ban the depiction of actual genitalia.

“I had no idea why I had to be arrested and detained, because I don’t believe my vagina is anything obscene,” Igarashi said at a press conference. “I was determined I would never yield to police power.”