Likely nominee for defense secretary looks like a hawk 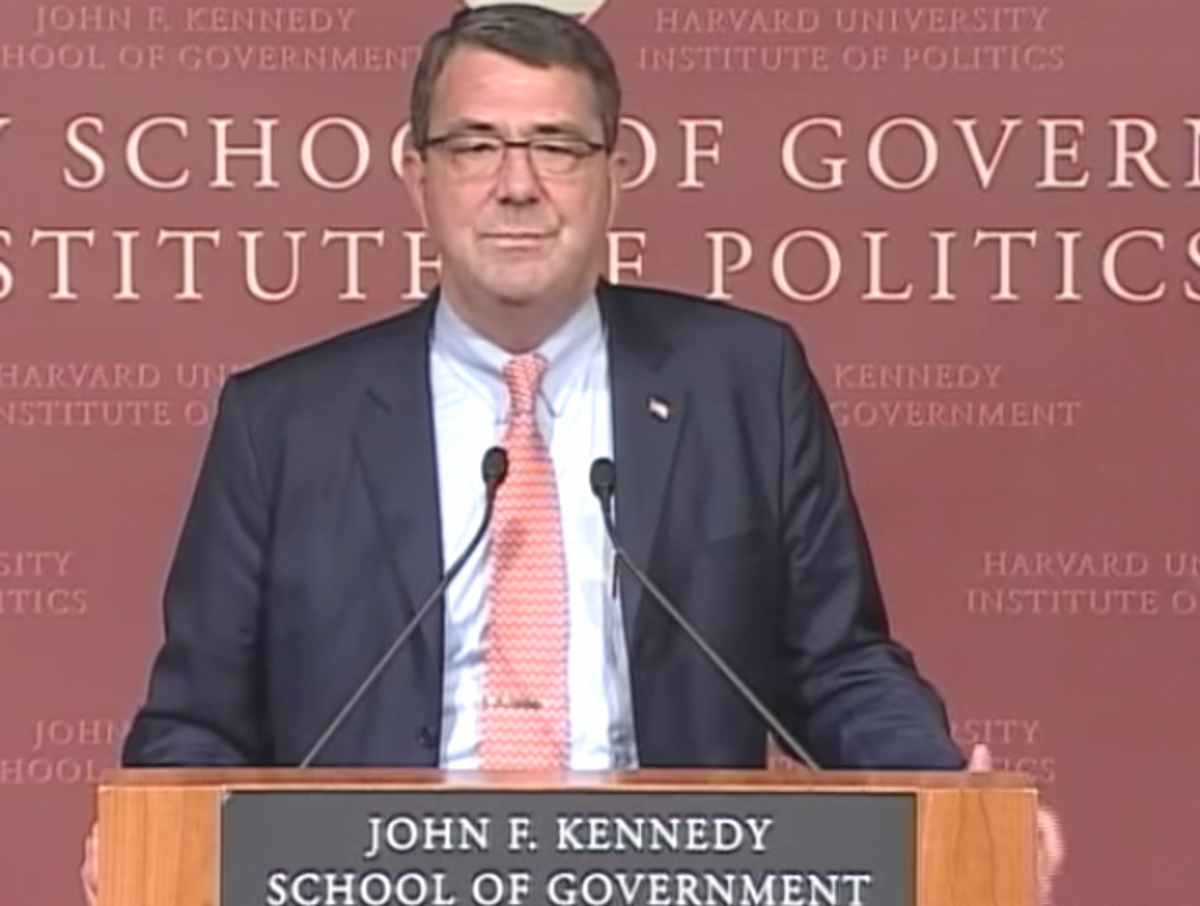 Ashton Carter, whom President Obama is slated to nominate as defense secretary, once called for the U.S. to bomb North Korea and has contributed to politicians who advocate an assertive American role abroad, painting a hawkish picture of the likely next Pentagon chief.

Carter, a physicist and academic who served as deputy defense secretary from 2011 to 2013 and as assistant secretary of defense for international security policy during the Clinton administration, co-authored a 2006 piece in Time magazine in which he and former Clinton-era Defense Secretary William Perry urged a "surgical strike" on North Korea to head off a ballistic missile test.

"'Surgical strike' is a much-abused term," the two men wrote. "But destroying a test missile as it is being readied for launch qualifies for this category because only one US cruise missile or precision bomb with an ordinary high-explosive warhead could easily puncture and ignite the multistory test booster."

Beyond advocating for a U.S. bombing of North Korea, Carter has also supported a handful of prominent hawkish politicians. In addition to President Obama and former Republican Sen. Richard Lugar of Indiana, Carter has contributed to Hillary Clinton; Jane Harman, a foreign policy hard-liner who once served as a Blue Dog Democratic congresswoman from California; and Joe Lieberman, the former Connecticut senator and unabashed Iraq War advocate who left the Democratic Party in 2006 after losing a primary challenge to Ned Lamont. Lieberman went on to keep his seat as an independent candidate.

While Chuck Hagel, whom Carter would replace as defense secretary, encountered fierce resistance among conservative Republicans during his 2013 confirmation process, GOP stalwarts like John McCain and James Inhofe have heaped praise on Carter, suggesting that his path to confirmation should be relatively smooth.

Though Carter's 2006 Time piece and political contributions suggest that he harbors hawkish views, the Obama administration does not view Carter as a Pentagon chief who would champion a sweeping strategic vision. An administration official told Politico that Carter would be a "steady hand" as defense secretary.