"The death of the republic": GOP congressman has hysterical reaction to Obama immigration action 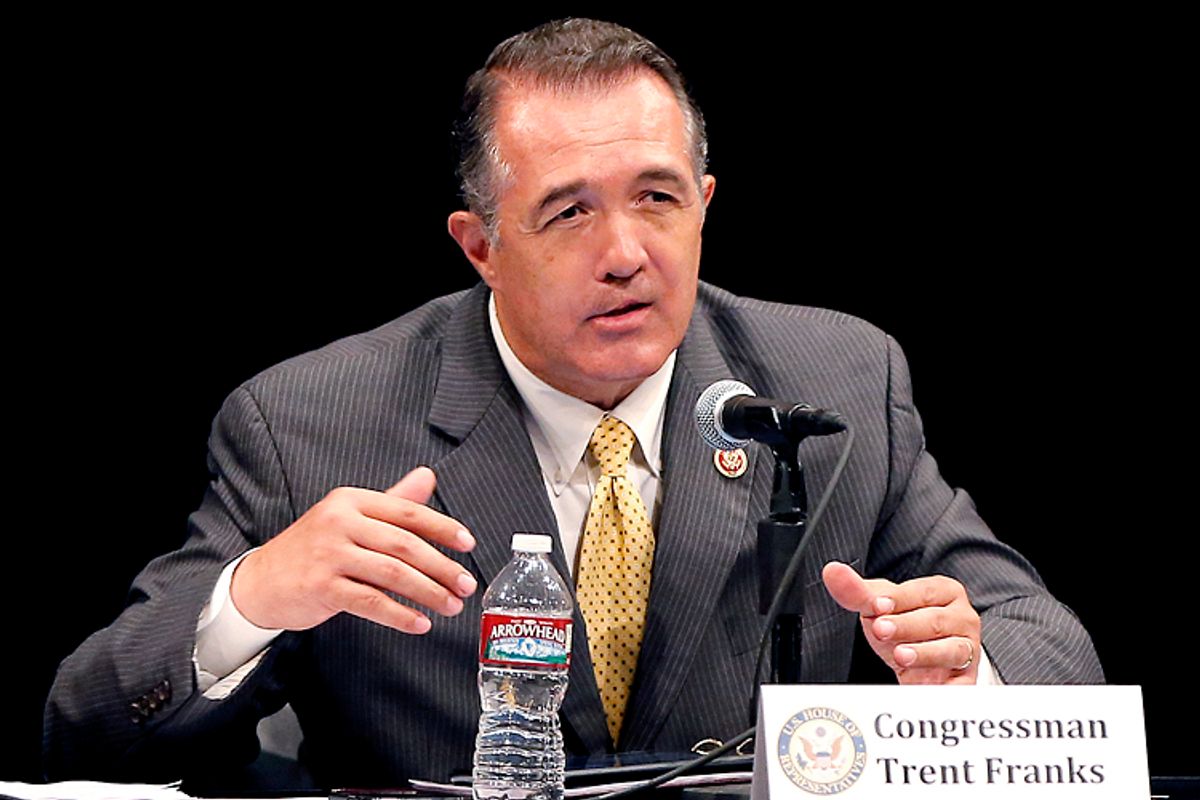 The conservative reaction to President Obama's plan to offer deportation relief to up to 5 million unauthorized immigrants has been nothing short of melodramatic. The president's action, his critics charge, is "lawless," "illegal," and nothing short of "tyranny." But it would be hard to top Arizona congressman Trent Franks in sheer hysteria.

In an interview with right-wing commentator Frank Gaffney on Tuesday, the Republican warned that the president's plan, under which Obama will exercise his executive discretion to spare some immigrants from deportation, may well lead to "the death of the republic."

“I think that there’s probably nothing that this president has done or is doing that is more dangerous to the fundamental foundation of this Republic then ignoring the Constitution and betraying his oath of office,” Franks told Gaffney. “There is something very frightening about a president who simply aggregates this power onto himself and ignores the very oath that he took that president.”

“Without trying to sound overwrought" -- here you know it's going to get good --"it literally could be the death of the Republic because once the chief executive officer of any republic all of the sudden begins to ignore the rule of law to hold himself unconstrained to the Constitution and to the truth of his own words, if that should become a common practice of presidents, then that little unpleasantness with England we had is something we should probably apologize for,” he continued.

Your move, Obama. Her Majesty eagerly awaits the apology.

A vocal member of the House's Tea Party faction, Franks is no stranger to incendiary rhetoric. In 2010, the congressman proclaimed that abortion has been far worse for African Americans than slavery. Last year, he asserted that pregnancy rates from rape are "very low" -- and then proceeded to fundraise off the remark.

Listen to Franks' latest comments below, via Right Wing Watch: