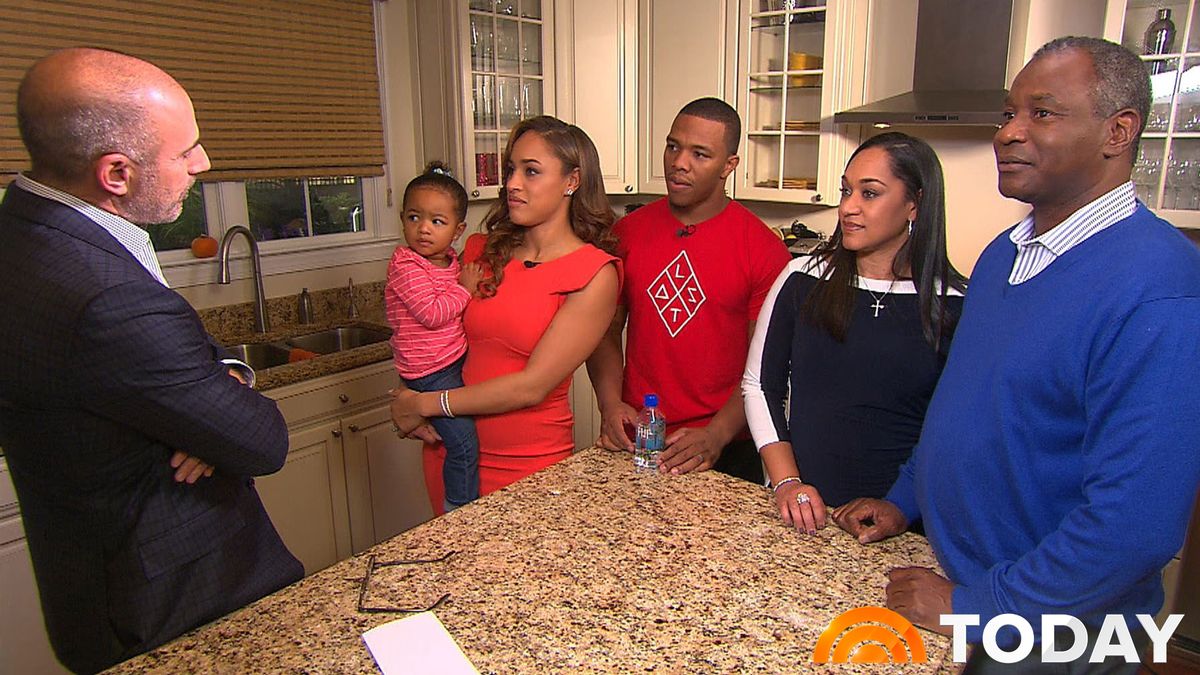 In a recent interview with "Today," Janay Rice told Matt Lauer that the Baltimore Ravens provided her with a general script before an infamous May press conference, when she apologized for her "role" in being punched and knocked unconscious by her husband, Ray. Both in her interview with Lauer and in an ESPN story published on Friday, Rice asserted that the Ravens provided guidelines for what she should say, which she followed in her public appearances. The Ravens, however, deny ever suggesting Rice apologize.

On Wednesday, the team released a statement refuting Rice's claims, saying officials only provided Ray Rice with any sort of script:

There has been some discussion in the media about the Ravens providing a 'script' or 'suggested script' to Janay and Ray Rice prior to a May 23 press session. After conversations with Ray about what he wanted to say, we did provide talking points to Ray for this event. ... Preparing talking points and briefings for meetings with reporters is common in our business. After Ray informed the Ravens that Janay wanted also to speak at the event, I asked Ray on two different days if Ray wanted me to speak with Janay in advance of the press session. Both times, Ray declined and said: 'She's good. She knows what she wants to say.' At no time prior to the May 23 session did we provide talking points, a script or suggested script to Janay or speak with her about the press event. We did not recommend or suggest to Ray or Janay that she apologize in any way.

The Ravens also released a list of talking points they claim were provided to Ray before the press conference, which included statements such as, "I was wrong. I made a mistake" and, "We will not let this one night define who we are."