Don't make Christoph Waltz a Bond villain: How Hollywood mis-typecast one of the best actors out there

It's great news that Waltz will appear in the new Bond film, "Spectre." But maybe he shouldn't play another bad guy 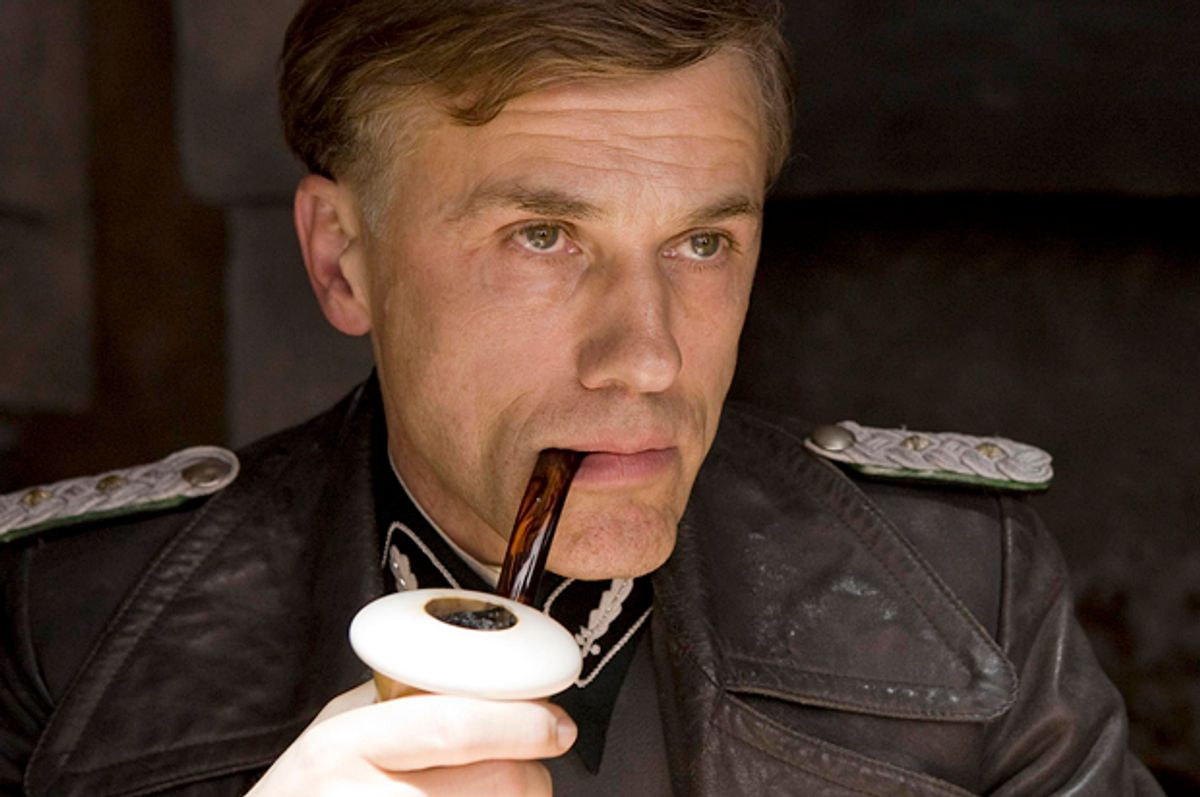 Today, news broke that Christoph Waltz would be costarring in the 24th Bond movie, “Spectre," and it has been rumored that he’ll be playing the antagonist, possibly reprising the role of the classic, kitty-stroking Bond supervillain Ernst Stavro Blofeld. At first pass, this sounds great. Who is better at being dastardly than Christoph Waltz? But when I heard the news, I couldn’t help groaning.

Since his breakout Oscar-winning performance as Nazi Col. Hans Landa in "Inglourious Basterds," Waltz has been the baddie (or at least a bad dude) in seven out of nine of the films he has starred in (not counting “Muppets Most Wanted,”  in which he cameos as himself). There’s some range to this villainy: he played a paranoid Russian gangster in "The Green Hornet," a sadistic circus owner in "Water for Elephants," a brutal corporate lawyer in "Carnage," an art world fraud in "Big Eyes," a sleazy investor in "Horrible Bosses" ... you get the point. He was even a villain in his lone cartoon role, as Mandrake in "Epic." And as great as Waltz is in these parts, this relentless stream of evildoers has started to feel a bit like a misuse of Waltz's many talents.

It's an age-old casting problem: one great, villainous performance engenders a lifetime of pale imitations. Anthony Hopkins (who was in talks to play a baddie in "Bond 23") has never been able to produce anything nearly as indelible as Hannibal Lecter. And as commendable as Javier Bardem was in the last Bond, you're probably going to think "No Country for Old Men," not "Skyfall," when you hear the words Bardem and "villain" in the same sentence. While this is true with typecasting in general, its particularly true for those typecast as villains, as these characters are often designed merely to serve as a foil, lacking the depth and dimensionality of the protagonist. Indeed, last time Waltz played a canonical villain — in 2011’s “Three Musketeers” — even his A-List charisma failed to elevate the film above derivative schlock: as Alonso Duralde put it in the Wrap, the performance was basically "warmed-over Snidely Whiplash.”  His “Inglourious” villain was iconic: a sophisticated, silver-tongue sadist with a pitch-black heart hiding behind a wicked grin. But at this point, all these other villains feel like variations on a theme.

And Waltz has proven that, when he plays the good guy, he brings a goofy warmth to the role. As noble-hearted bounty hunter Dr. King Schultz in "Django Unchained," for which he won his second best supporting actor, he showed us that the same urbanity and twinkle in the eye that made Landa so distinctive can humanize a character just as well as it can convey depths of evil; Waltz may be even better at playing mischievous than he is at playing deranged. Terry Gilliam's recent flop "The Zero Theorem" is one of the few times we've seen Waltz play against type; it's arguably not a great film, but watching him embody a nervous, jittery mumbler rather than a phlegmatic, manipulative smooth-talker is a highlight. And of course, as we've seen from the times he's tried his hand at comedy, from "Muppets" to "SNL" to "Der Humpink," Waltz is just as successful when he's making us laugh as he is when he's making us quake in fear.

Of course, there’s a chance that Waltz could happen upon another villainous role as complex and interesting as Landa -- and Blofeld is certainly a historically significant role, if that rumor turns out to be true. But the on-screen Bond villains haven’t historically been known for their nuance (there was the one who cries blood, the one with jaws, the one that with the guy from "No Country For Old Men" ...). Even Blofeld — perhaps the most recognizable villain of all time and the inspiration for "Austin Powers'" Dr. Evil — has become such a stand-in for supervillains writ large over the years that he’s less a human than a collection of cultural signifiers. I just hope that "Spectre" can give one of our finest actors a platform that doesn't reduce him to a cackling, cat-stroking trope.