"If comedy is tragedy plus time, I need more f**king time. But I would really settle for less f**king tragedy" 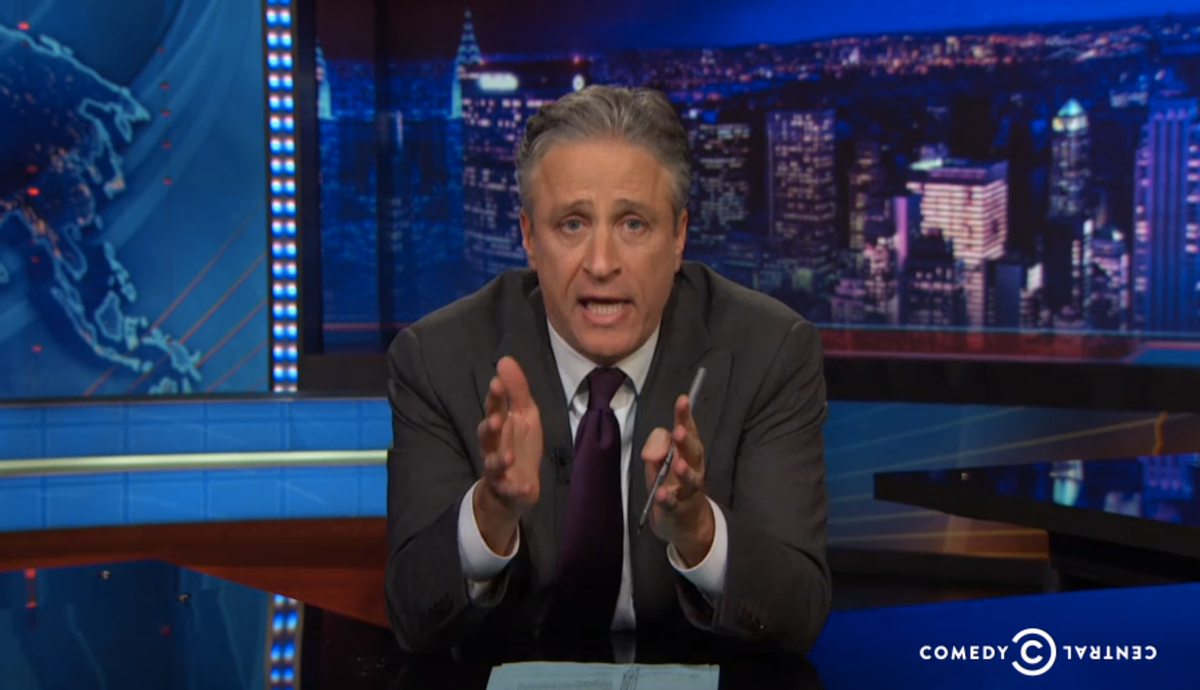 Jon Stewart took a serious tone on Wednesday night to discuss the grand jury's decision not to indict the police officer who killed Eric Garner with a chokehold, in Staten Island. Stewart, who just found out about the decision before taping the show, was still digesting the news, which arrived one week after the grand jury's decision to not indict Darren Wilson in the killing of Michael Brown in Ferguson.

"I honestly don't know what to say," the comedian stated. "If comedy is tragedy plus time, I need more fucking time. But I would really settle for less fucking tragedy, to be honest." Watch Stewart's reaction below: