Stephen Colbert and Amy Sedaris are huge fans of "Interstellar"

Or what they claim is "Interstellar" 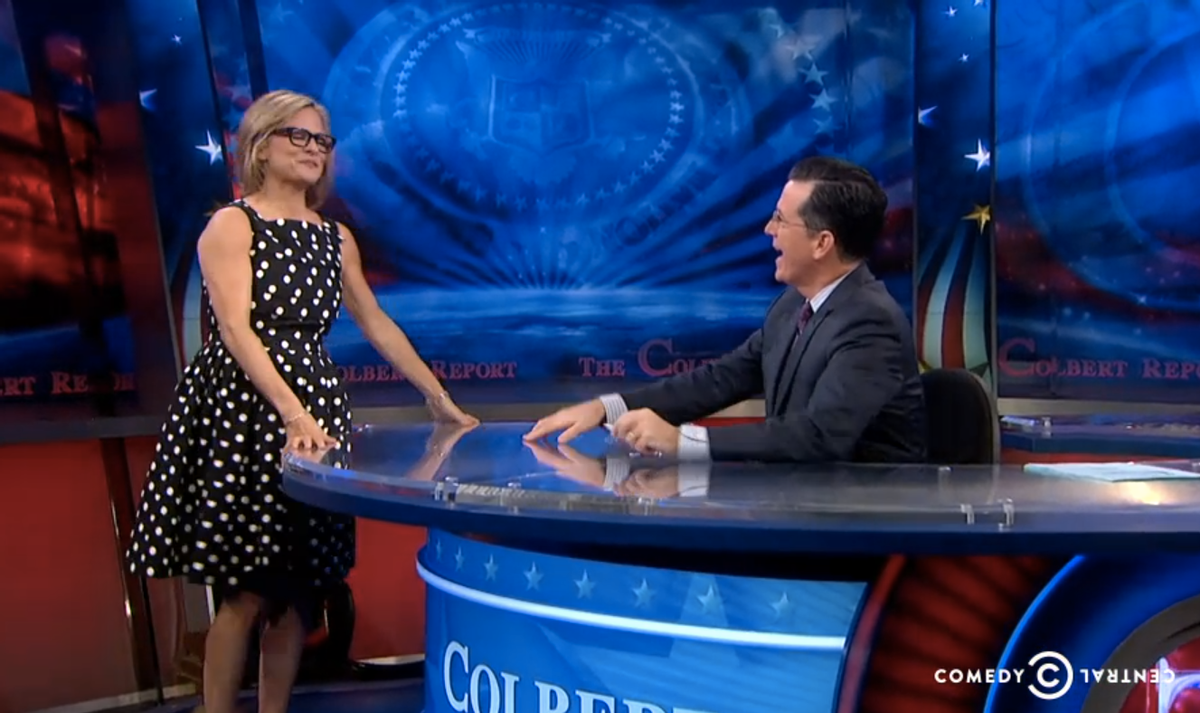 There are only nine episodes left of "The Colbert Report," and last night Stephen Colbert's dear friend Amy Sedaris surprised him after she was "bumped" from one of his coveted final guest spots.

Sedaris and Colbert know each other from their days at Second City in Chicago; they also worked on the Comedy Central show "Strangers With Candy."

Sedaris was ostensibly there to promote the show "The Heart, She Holler" on Adult Swim, but the two veer off into talking about their enjoyment of "Interstellar." Watch below: