Stephen Colbert on drugs: 14 classic segments on everything from legal weed to "Breaking Bad" 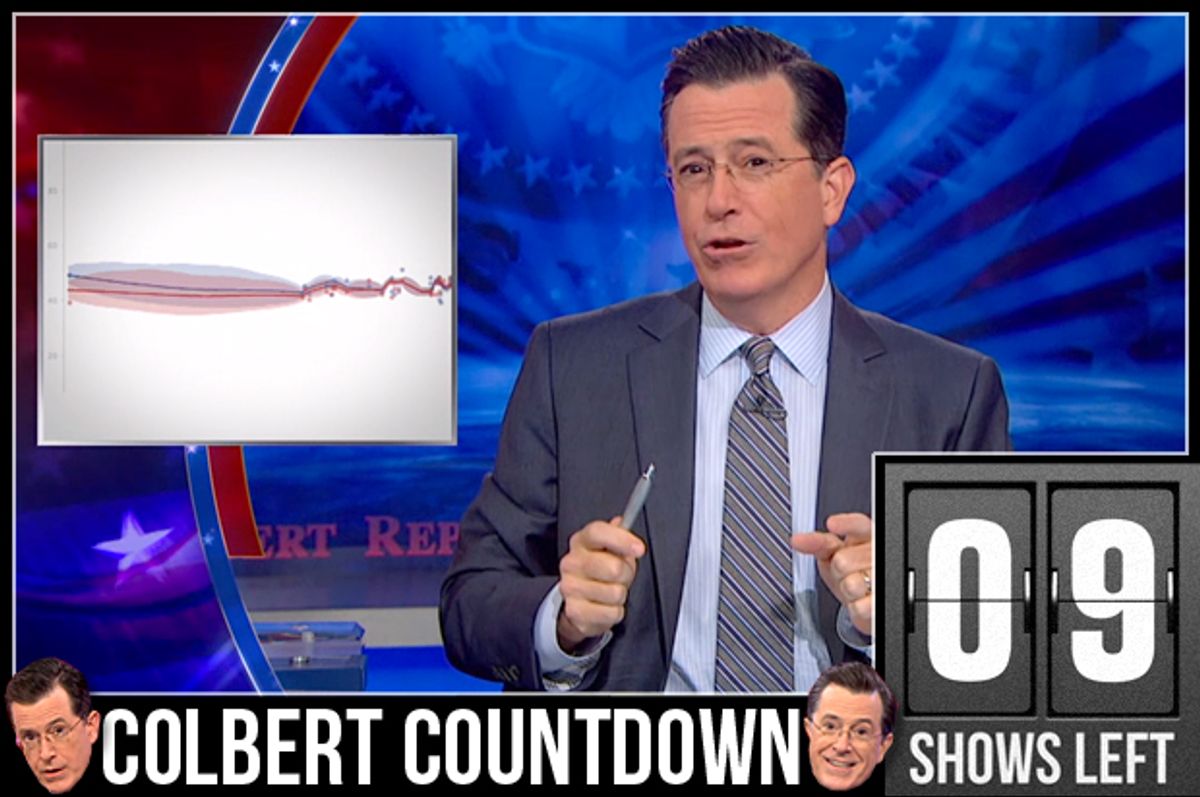 Colbert almost lost it discussing a poll that looks like a lit joint:

He urged Obama to smoke weed after it was legalized in Washington, D.C.:

He took a look at Ganjapreneurs in Colorado:

And made fun of Marco Rubio for not admitting if he has ever smoked weed:

He discussed marijuana legalization as a "hot button" issue:

And also looked into marijuana's effects on football:

Speaking of drugs in sports, Colbert has tackled that issue as well:

In terms of legal drugs that are abused, Colbert has looked at everything from "study drugs"...

And he discusses testing pharmaceuticals on prison inmates:

Colbert did give a wag of the finger to drug dealers for marketing meth to children:

Last but not least, here's a conversation about "Breaking Bad" with Bryan Cranston: