Officials cited the rape allegations directed at Cosby, which are "in conflict with the Navy's core values" 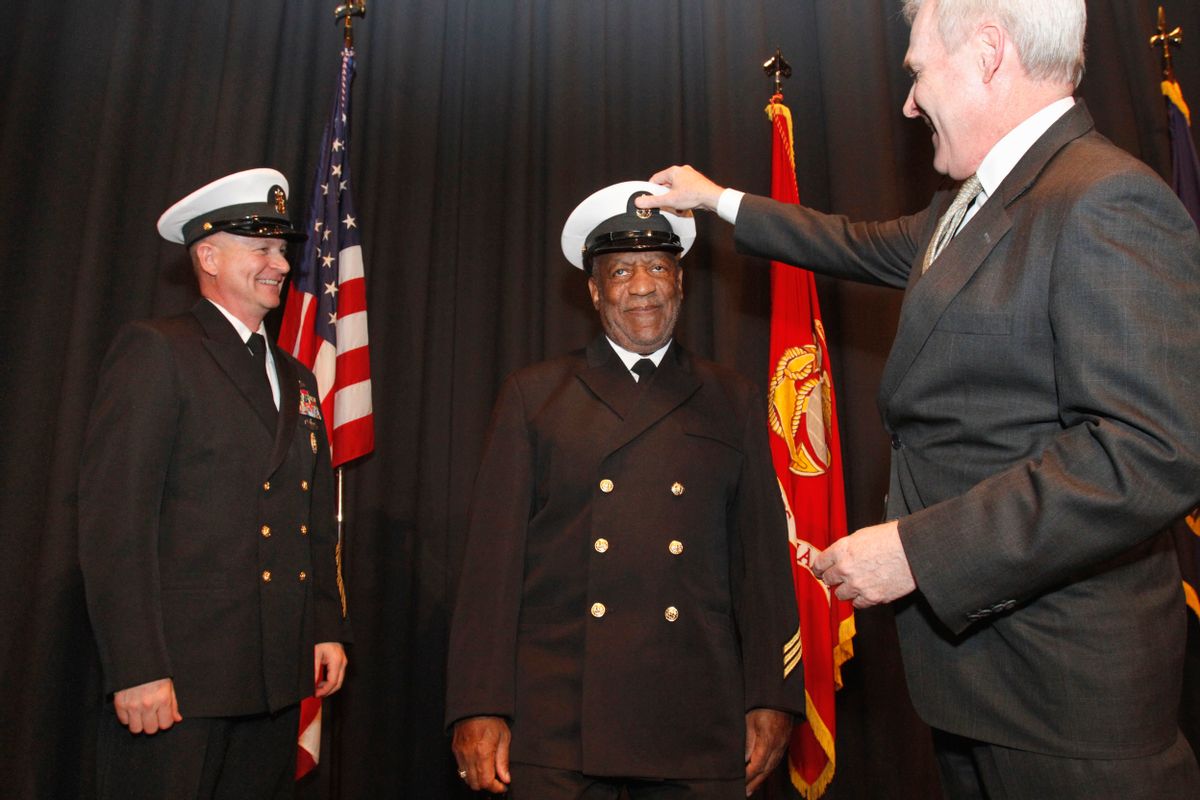 The latest institution to cut ties with Bill Cosby over allegations that he raped nearly two dozen women is none other than the U.S. military, which has faced its own wave of sexual assault reports in recent years. On Thursday, the U.S. Navy announced its decision to revoke Cosby's honorary title of Chief Petty Officer, which was bestowed on the comedian in 2011.

Cosby served in the Navy during his early 20s before being discharged in 1960. According to the Washington Post, he spoke fondly of his days in the service during an off-the-cuff stand-up act before military brass, prompting the Navy to bestow an honorary title. But, the Navy's Thursday statement states, Cosby's alleged dishonorable behavior is what led officials to remove the title:

Secretary of the Navy Ray Mabus and Master Chief Petty Officer of the Navy Michael Stevens today said the Navy is revoking Bill Cosby's title of honorary Chief Petty Officer, originally presented in 2011. The Navy is taking this action because allegations against Mr. Cosby are very serious and are in conflict with the Navy's core values of honor, courage and commitment.

Cosby enlisted in the Navy in 1956 and served for four years as a hospital corpsman before being honorably discharged in 1960 as a 3rd Class Petty Officer.