10 ways the system is rigged to protect cops who kill

Officers like Daniel Panteleo and Darren Wilson aren't anomalies. Our police force can murder with impunity 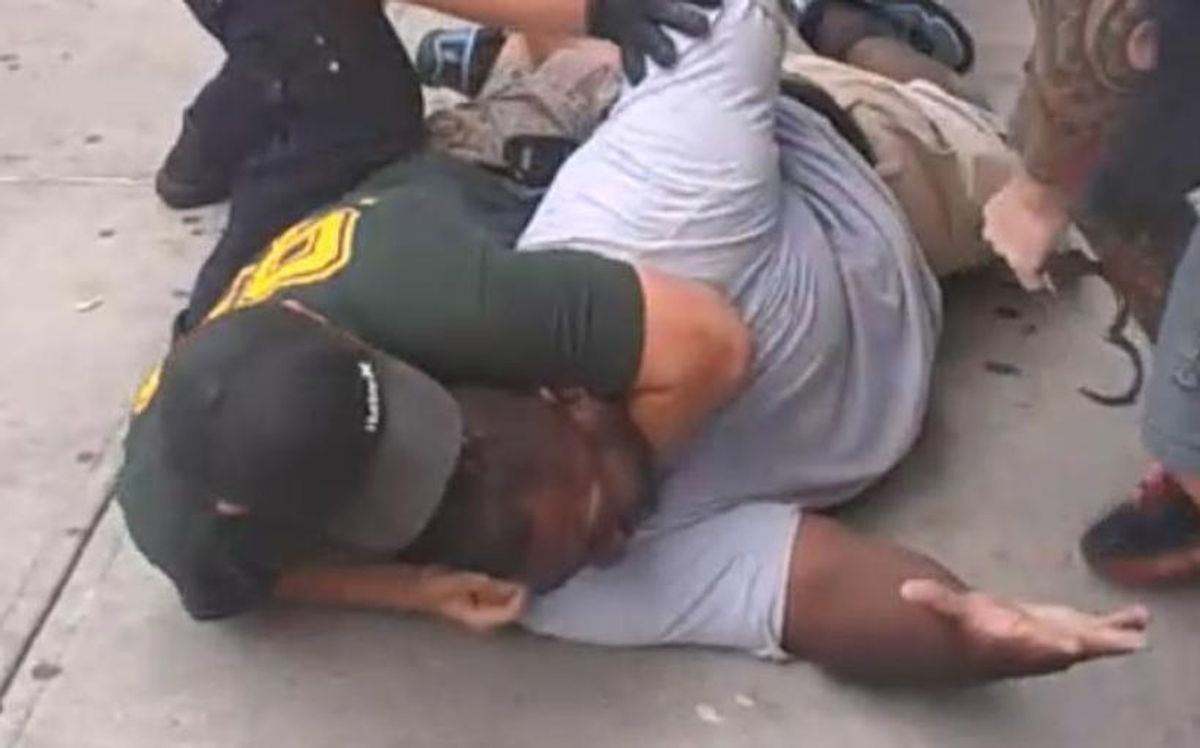 As passions and protests flared on the streets of New York City following a Staten Island grand jury’s decision Wednesday not to indict the white NYC police officer whose chokehold and rough arrest killed Eric Garner, an unarmed black man, a key question emerges: why is the justice system so biased against holding abusive officers accountable?

The answer is both simple and complex. On the simple side, the system is substantially rigged in favor of letting officers off the hook for using excessive force in the line of duty—especially if they say they needed to protect themselves. On the complex side are how the various stages of the process tilt toward covering up what abusive police have done, as well as biases built into the legal system that shield police from prosecution.

The evidence presented to the Staten Island grand jury has not yet been released. It soon may be, but what is so disturbing is that the incident was caught on video, allowing the public to watch a police squad act with impunity as they arrested Garner for the minor crime of selling cigarettes.

1. There is a double standard for charging citizens and police. Everybody knows that police are authorized to use force in ways civilians are not. But if a civilian shoots a person outside his car window—as was the case in Ferguson—you can bet that shooter would be arrested, charged and have to defend his actions in court, David Rudovsky, a civil rights attorney and author on police misconduct told Vox.com. But that is not the case when cops are the shooters, he said, because “police are investigating their own.”

2. This inherent conflict of interest is all over the Garner case. If you watch the July 20 video by Tiasha Allen posted on the New York Times website, you see Garner after he is placed on the sidewalk, face-down, hands tied behind his back. A dozen NYPD officers mill around and act as if nothing is unusual or wrong. Forget that this video shows a dying man’s final hour, and that the NYC medical examiner concluded the chokehold and leaving him on the sidewalk face-down killed him. Look at the cops: this team of officers would include many likely witnesses called before the Staten Island grand jury. “It’s often the police department that is charged with investigating a particular incident, deciding who’s telling the truth, who used force first, and so on and so forth,” Rudovsky said, explaining the first of many conflicts of interest.

3. Then comes the legal framework that protects cops.This is how the law is layered to protect rogue cops. It starts at the very top, as the Nation pointed out, because the standard in a 1985 U.S. Supreme Court ruling that tried to restrict when cops could use deadly force has been twisted by police to defend each other. The court held that deadly force can be used when a police officer “has probable cause to believe that the suspect poses a significant threat of death or serious physical injury to the officer or others.” In 1989, the Court tried to be more specific by saying there had to be an immediate threat to their safety or to others. “But in actual courtroom practice, ‘objective reasonableness’ [standard] has become nearly impossible to tell apart from the subjective snap judgments of panic-fueled police officers,” the Nation said, explaining the loophole. “American courts universally defer to the law enforcement officer’s own personal assessment of the threat at the time.”

4. Recent Supreme Court decisions only make this worse. Recent rulings by the Roberts Court has tilted the balance further in favor of rogue cops. In one case where cops shot and killed a speeding driver and a passenger, they held that was not “excessive force” that would violated the victims' constitutional rights. In another case, they sided with a prosecutor who withheld evidence and kept the wrong man on death row for 14 years. These were just some examples of recent cases cited by Erwin Chemerinsky, dean of the School of Law at the University of California, Irvine, in a New York Times commentary. “How many more deaths and how many more riots will it take before the Supreme Court changes course?” he concluded, linking these cases to the Ferguson grand jury.

5. Rogue cops are more common than you think. If you look at the video of Eric Garner’s arrest and death on July 17, what you see are cops who consider their actions routine. If you look at the Twitter feed for the National Police Misconduct Reporting Project, you will see a long line of misdeeds, some stupid and some savage. Police drive drunk and hit firetrucks and other cars; cops arrest teenage girls and force them to have sex; cops falsify search warrant requests. And many of these officers are not going to face criminal charges.

6. Cops cover up other cops' misdeeds, including killings. The week, the Wall Street Journal had an investigative report that documented how hundreds of police killings are not reported to federal law enforcement agencies. This blue wall of impunity keeps a lid on police misconduct and prevents elected politicians from seeing the extent of the nationwide problem of excessive and abusive policing. It’s a complete double standard, Jeffrey Fagan, a law professor at Columbia University, told the Journal. “When cops are killed, there is a very careful account and there’s a national database,” he said. “Why not the other side of the ledger?”

7. Then comes the grand jury process, with its biases.There’s the frequent lack of independent witnesses, and a wall of silence from officers who “don’t want to be a rat,” AtlantaBlackStar.com reported, quoting Tim Lynch of the National Police Misconduct Newsfeed Daily Recap. Prosecutors are reluctant to go after cops, because they need to work with the same departments for their other cases. And local jurors are reluctant to indict local officers from the departments they might be forced to call if they are in a jam.

8. The result is police indictments are very rare. It would be incorrect to say that rogue police officers never get indicted. But as the investigative website fivethirtyeight.com reported, “Allegations of police misconduct rarely result in charges.” Between 2005 and 2011, there were 664 gun-related officer arrests, but only 31 were for murder and nonnegligent manslaughter when a cop was on duty. That’s about four a year. In contrast, in 2010, about a quarter of the 6,613 misconduct complaints were for excessive force. The overall pattern here confirms that cops largely evade accountablity for abusive actions.

9. Ocasionally, a cop will face murder charges. It can happen, as was the case in the central Virginia town of Culpepper, where an officer lost it when he confronted a driver in a school parking lot, got into an argument, and shot and killed the woman, saying she closed her car window on his arm and started to drive away. In that case, the officer’s mother, who worked at the police department, tried to destroy evidence. A special grand jury met for a month before deciding to press charges. He was suspended, charged with murder, and jailed while awaiting trial. But this case is an exception, according to the statistics and analysis on fivethirtyeight.com.

10. The Eric Garner case is not closed, but the odds are long. On Wednesday, New York Sen. Kirsten Gillibrand asked the Justice Department to open a civil rights investigation into Garner’s death, saying the grand jury decision not to indict the NYPD officer who killed him was “shocking.” U.S. Attorney General Eric Holder announced later in the day that the Department would do so, just as it has in Ferguson.

But with the entire incident filmed on video, allowing anyone to see what happened between the NYPD and Garner on July 17, it is impossible not to conclude that the justice system is institutionally biased in favor of abusive policing and officers using excessive and sometimes lethal force. Whether or not Garner’s killer will face any individual responsibility remains an open question. But as the public watches what unfolds in coming days in the case, you can be sure there will be little attention focused on reversing the institutional biases that protect rogue cops.