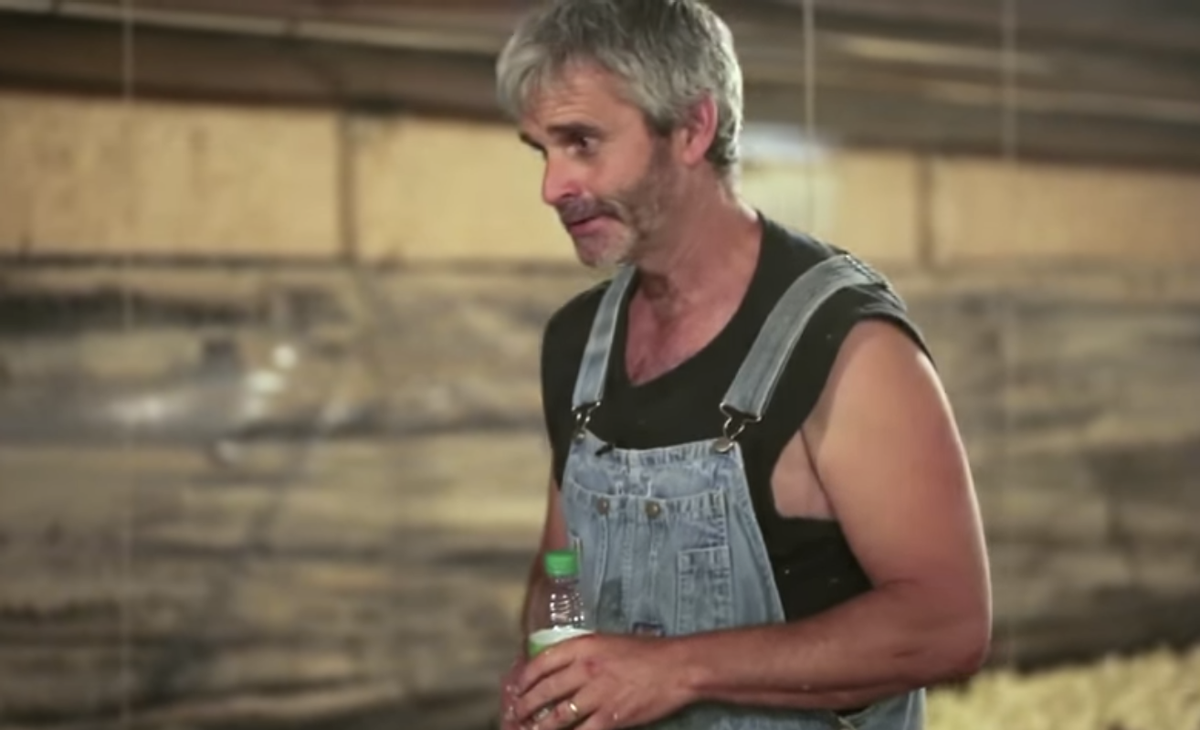 Almost immediately after the animal welfare group Compassion in World Farming released a video exposing the "humane" (read: atrocious) conditions for chickens raised on a factory farm for Perdue, the poultry giant audited the farmer who opened his doors to the cameras.

New York Times columnist Nicholas Kristof, who originally reported on the video, called attention to the none-too-coincidental timing of this turn of events:

Speaking with journalist Christopher Leonard, the farmer, Craig Watts, said that he too suspected that the audit was direct retaliation for the video. If he fails the audit, he faces disciplinary action, including losing his contract with Perdue.

Watts explains in the video that he felt compelled to speak out because Perdue's chickens sometimes come advertised as "humanely raised." Watts said "couldn’t get any further from the truth." (In response to lawsuits arguing the same, Perdue recently agreed to remove those claims from its poultry.) In the video's telling, the deplorable conditions for the chickens he raises on his North Carolina farm can be blamed on Perdue: "Craig has no control over the health or genetics of the chicks that are delivered to him by Perdue," a narrator explains. "Craig is not even allowed to give them sunshine or fresh air."

According to Perdue spokeswoman Julie DeYoung, the audit wasn't meant to be disciplinary, but rather an indication that Watts might be doing something wrong. “What we saw on the video was very concerning, suggesting to us that the birds were not well taken care of,” she said. “So it’s very appropriate for us to go and see for ourselves what is going on.”

Leonard, who recently authored a book-length exposé on the meat industry's contract system, explains at his blog that these two very different takes on the issue get to the very heart of the conflict between contract farmers and major meat companies. "Farmers like Watts borrow millions of dollars to build large factory farms," he writes, "but they never actually own the birds they raise. Instead, they sign a contract with companies like Perdue, which deliver the live birds and pay the farmer to raise them. The companies also deliver chicken feed and send veterinarians by the farm to check on the birds and administer drugs if needed."

Typically, the power that the company has over its contract farmers is as effective as any ag-gag bill in ensuring that they'll keep animal rights groups and reporters away; according to Leonard, they "live in perpetual fear that the companies will cancel their contracts." Judging by Perdue's actions here, that fear doesn't seem to be misplaced.