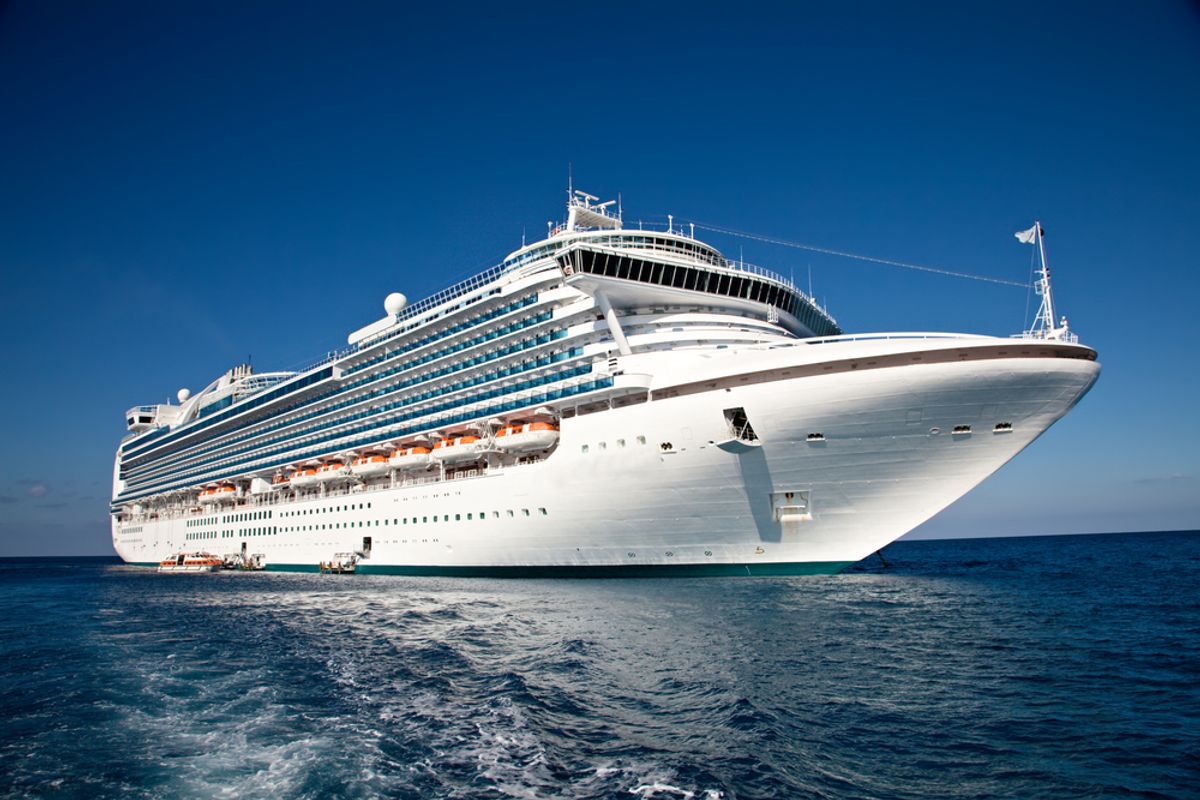 Environmental organization Friends of the Earth recently released their Cruise Ship Report Card for 2014 which compiles, among other things, the amount of poo cruise ships produce in a given year. The report used federal data to assess the environmental impact of 16 major cruise lines, and actually found that the companies are taking steps to be more environmentally friendly--except for when it comes to treating waste. Over 40 percent of all ships currently running use waste treatment systems that are over three decades old.

Federal law requires that cruise ships only dump treated wastewater if they are within three nautical miles of shore. But beyond that point, it's essentially a free-for-all.

FOE also cites data from the Environmental Protection Agency (EPA) which shows “an average cruise ship with 3,000 passengers and crew produces about 21,000 gallons of sewage a day — enough to fill 10 backyard swimming pools in a week. That adds up to more than one billion gallons a year for the industry.” FOE also acknowledges this is likely “a conservative estimate,” because newer ships can carry up to 8,000 passengers and crew members, and because their analysis does not cover all ships and fleets worldwide.

For what it's worth, Disney Cruise Lines is the most environmentally friendly option, earning an A for sewage treatment, B- for air pollution reduction and an A for water quality compliance.

According to a press release, in past years, cruise lines have been willing to cooperate with the investigation. This year is the first year that all 16 lines refused to provide information about their practices, which led the FOE to introduce a new category: "Transparency." Every line received an F.

"By working to stifle the Cruise Ship Report Card, the industry attempted to shield itself from continued scrutiny of its environmental practices, and obscure data from conscientious consumers who would make different choices based on how a cruise ship or line performs on the report card," said Marcie Keever, director of the Oceans and Vessels program at FOE. "It's time for the cruise industry to stop trying to hide the dirty ships in its fleet."