Eric Garner's daughter speaks out: "This is a national crisis" 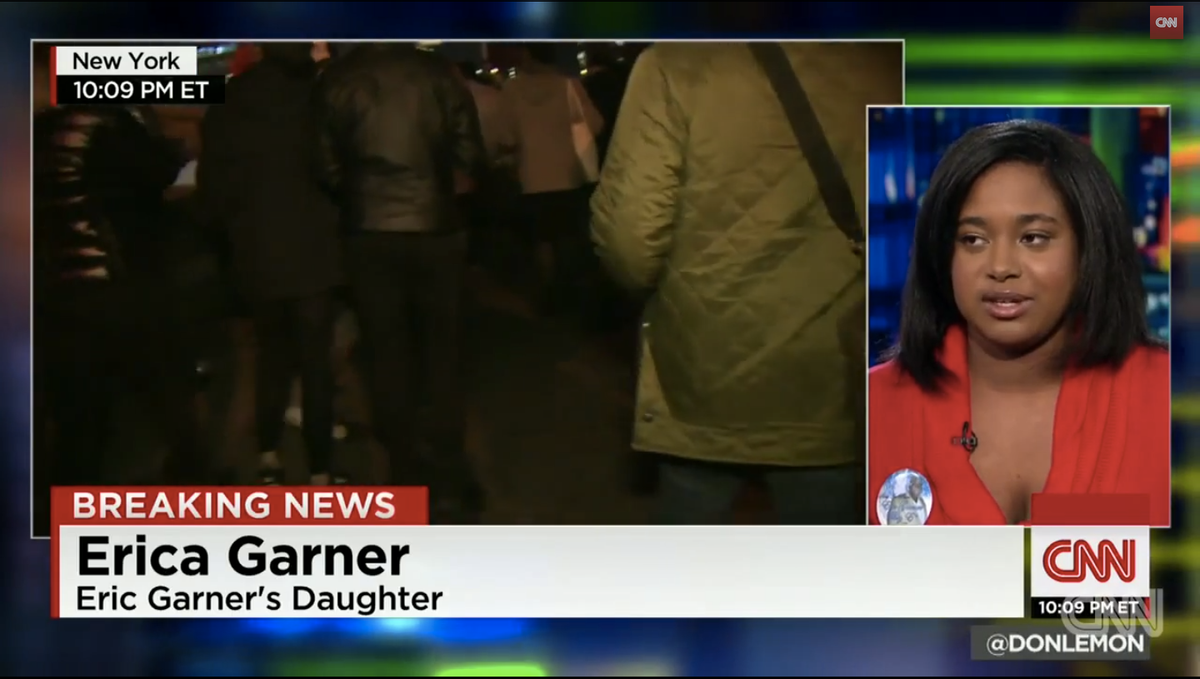 On Thursday, Eric Garner's daughter Erica appeared on CNN to publicly comment on her father's death. Garner was killed after NYPD officer Daniel Pantaleo performed an illegal chokehold on him for no apparent reason. When a Staten Island grand jury declined to indict Pantaleo, protests broke out throughout the city, with many condemning the NYPD's excessive use of force and racial bias.

"This is not a black and white issue," Garner said. "This is a national crisis, I believe this is a crisis. I mean for white people to come out and show how deeply they was hurt? And like Asians, and different people from different parts of the world to come out and show that they felt the same way that I felt when they saw that video, I greatly appreciate it. It's like I'm not the only one that feels this way."

Lemon then asked if she thought her father's death was a "racial issue."

"I really doubt it. It was about the officer's pride. It was about my father being 6-foot-4 and 350 pounds and he wants to be the top cop that brings a big man down ... It's about the police officers abusing their power."