Just as the Navy revoked a title for Bill Cosby because of "honor," officials must deal with their own violations 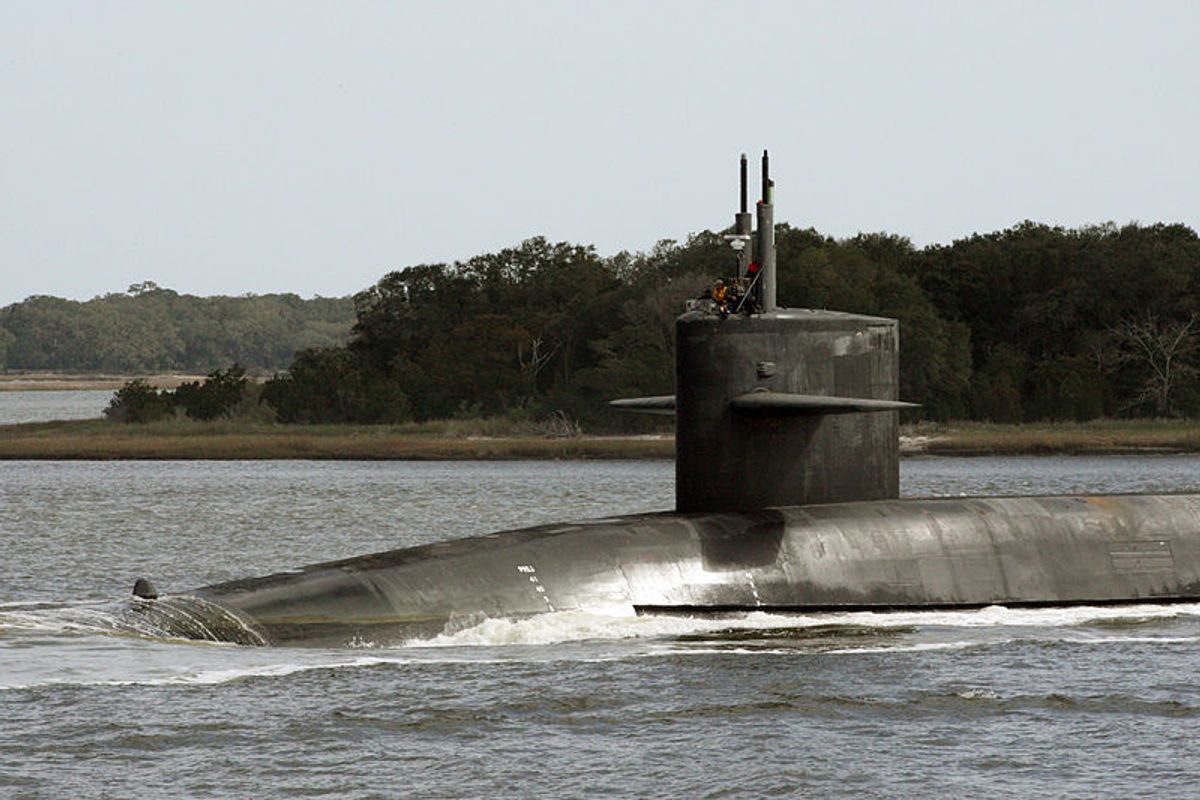 A U.S. Navy submarine is under investigation after several female officers were reportedly filmed unknowingly in the vessel's unisex bathroom showers. According to multiple reports, tapes of at least three female officers showering and changing clothes were allegedly circulated among other crew members aboard the USS Wyoming, one of the first submarines to allow women to serve.

It amounts to a huge scandal for a community that has prided itself on an otherwise smooth integration effort, begun four years ago when women first entered submarine training. And it comes as the Navy moves towards its next milestones, integrating Virginia-class attack subs and then the enlisted submarine ranks.

A ballistic missile sub typically has 15 officers and 140 enlisted on board, with unisex heads in "officer country." When a woman is using the shower, for example, she puts up a sign to indicate the head is in use by a female officer and men must wait to enter until it's unoccupied.

It's possible that the cameras caught both men and women showering, but the source in touch with an alleged victim believes only the videos of women were distributed.

The investigation comes not only just before the Navy is set to begin its next round of gender integration, but also the same week the Navy revoked an honorary title from Bill Cosby, citing numerous allegations that the comedian committed sexual assault. In a statement released on Thursday, Navy officials said the charges against Cosby "are very serious and are in conflict with the Navy’s core values of honor, courage and commitment." So far, officials have been unclear about what punishment could result from the investigation into the alleged tapings.

"The Navy is aware of an allegation of alleged criminal activity onboard USS Wyoming home ported at Kings Bay," Lt. Leslie Hubbell said in a statement. "The Navy and NCIS are investigating the matter, and unfortunately further details are not available at this time due to the ongoing investigation. If the allegations prove to be factual, the Navy will ensure individuals involved are held accountable for their actions."