Which classic musical should be NBC's next live extravaganza?

From "My Fair Lady" to "Grease," musicals sure are a minefield of retrograde gender and racial politics 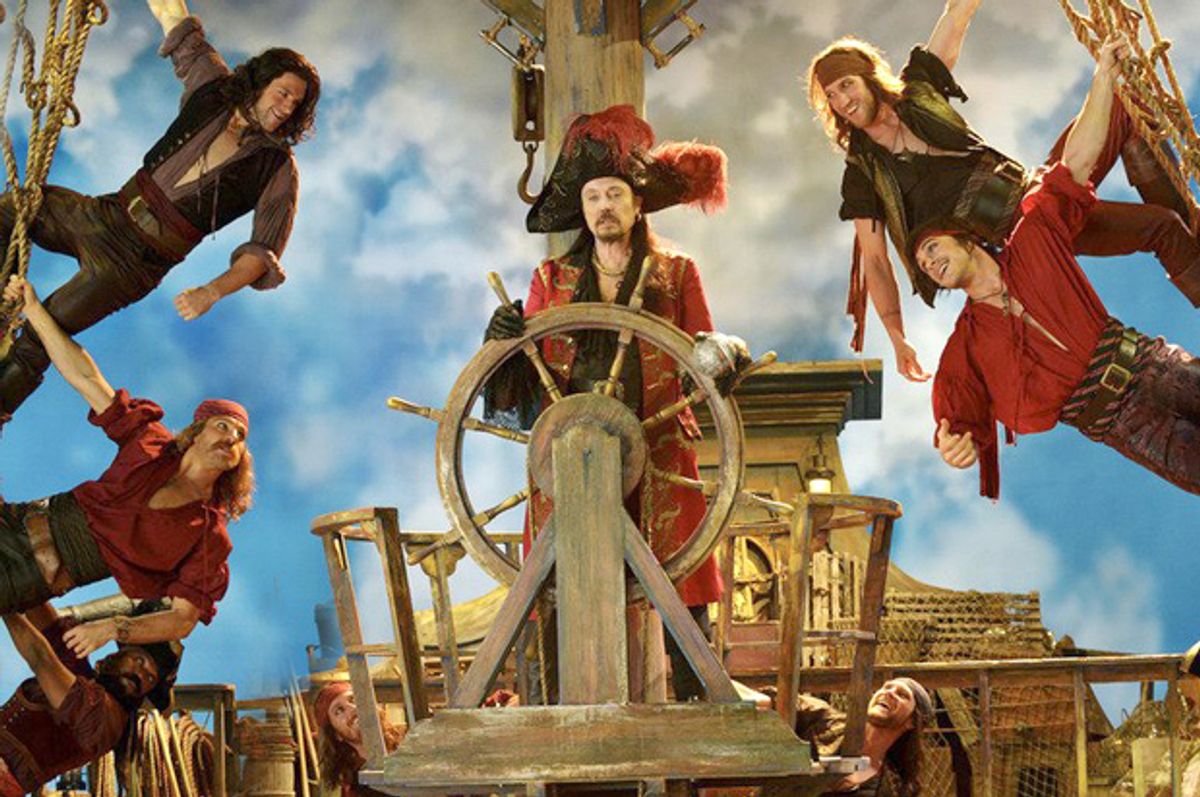 Aside from Chistopher Walken's dancing, the most-discussed elements of last night's "Peter Pan Live!" included the shows retrograde gender and racial politics, from its stereotyping of Native Americans to its sidelining of women, not to mention whatever weird Freudian stuff was going on between Peter and his sister-mother Wendy. Word has it that NBC's next musical will be “The Music Man,” which has similar problems with datedness: from "Shipoopi," the musical number about a woman refusing to put out until the third date, to its total absence of non-white characters. But if NBC plans to continue to adapt classic family musicals, they are going to keep running into these problems. Despite how many options are ostensibly out there, it’s not easy to find something that hits all the markers: well-known songs, a part for a strong female vocalist, appropriate for a family audience, and, you know... not racist. We weigh some of the options:

"My Fair Lady"
Pros: A beloved classic that hasn't been done to death, with catchy songs and a strong female lead.
Cons: It might be a little too British for a mainstream American audience — as "Selfie" showed, it’s possible to update it, but it would be difficult to stay true to the essence of the story if you take out all the cockney-accent stuff (maybe they could set it in the South?) Oh, it is also super sexist, totally objectifies woman and makes light of abusive relationships. So there's that.

"Wicked"
Pros: While it seems redundant to do a live musical version of "Wizard of Oz" when the original movie holds up so well, "Wicked," which was one of the biggest Broadway hits of the past decade, seems like a happy compromise: It’s an empowering, female-centric narrative, and was a massive hit on Broadway, and the songs have been around just long enough to become singalong friendly.
Cons: Not a “classic” musical and doesn’t have the popular appeal or wide recognition of “Sound of Music” or “Peter Pan.” It was also done so well on Broadway that its hard to imagine NBC “updating” it in any meaningful way (plus it’s still on Broadway, so logistically this is probably impossible)

"West Side Story"
Pros: A seminal musical that everybody knows, with a diverse cast and the opportunity for some show-stopping ensemble dance numbers.
Cons: Ultimately a play about gang violence, full of racial slurs and overt racial stereotypes about Puerto Rican Americans. There’s also a scene where the Jets simulate raping Anita. Not so good!

"White Christmas"
Pros: Seasonally appropriate and a perfect choice to call in some crooners (paging Michael Buble!)
Cons: Unlike some of the other options, it feels pretty dated and cheesy nowadays. Oh, and you definitely have to cut the “I’d Rather See a Minstrel Show” blackface number.

"Annie Get Your Gun"
Pros: Another Mary Martin classic, this is a great excuse to cast to double down on the success of Carrie Underwood and cast another country singer as Annie. It's also chock-full of songs you can sing along to, and when it aired on NBC back in 1957 it was the network’s most popular musical special -- although kids these days may not have the same familiarity with the songs and story.
Cons: Like "Peter Pan," its gender politics are hopelessly old-fashioned and has some pretty egregious Native American stereotypes (remember "Colonel Buffalo Bill" and "I'm An Indian Too”?). That said, the 1999 revival cut most of the overtly offensive stuff, although it’s still not great. The second amendment politics are also questionable.

"Cinderella"
Pros: Last year, EW’s Erin Strecker made the case that NBC’s next musical should be Rodgers & Hammerstein’s Cinderella, starring Beyonce as fairy godmother. While that casting might be a stretch, Cinderella is a pretty good suggestion — it's definitely kid-friendly, it allows for diverse casting and it has an uplifting, feel-good message.
Cons: There’s a live-action Disney "Cinderella" movie coming in 2015, so it’s unlikely that NBC would choose to (or would be legally able to) steal its thunder. Plus, as famous as "Cinderella" is, the score from the Rodgers and Hammerstein musical isn’t as well-known, and lacks the singalong factor of many musicals. It's also pretty overdone.

"The King and I"
Pros: Plenty of children in the cast (a chance to invite the Lost Boys back for a reprise), a strong female lead and a compelling love story, plus the King's opulent palace is sure to inspire some amazing set design.
Cons: Horrendous Asian stereotypes.