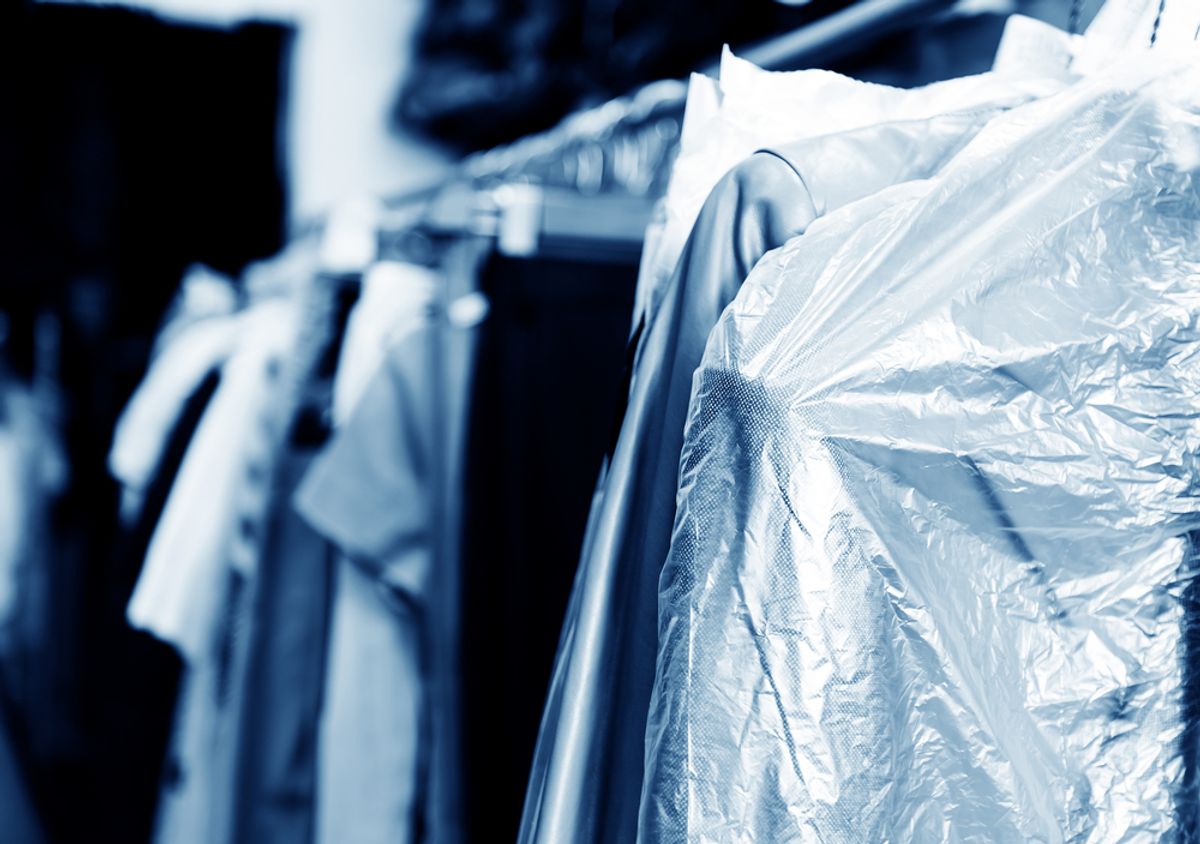 Gender pricing, the act of charging men and women differently for the same products or services, is commonplace in the United States.

A handful of states, cities, and counties have laws on the books limiting or banning gender pricing, but most don’t, and there’s no federal law that prohibits discrimination in the sale of goods and services. There are, of course, civil rights laws that don’t allow businesses to discriminate against applicants for jobs or housing (though this still happens), but they don’t extend to patrons of bars and nail salons. A study out of California, which became the first state to ban gender pricing in 1996, discovered that women pay around $1,351 in additional costs annually, which adds up to about $151 billion a year. But gender pricing can sometimes benefit women too, and overcharge men.

For some time now, there’s been evidence that women pay more for healthcare than men do. A 2012 report by the National Women’s Law Center found that more than 90% of America’s best-selling health care plans charge men less than they do women. The Affordable Care Act was supposed to outlaw gender rates and biases in health care, but discrimination continues to slip through giant cracks in the law. Many states have fought tooth and nail to make sure this rule doesn’t apply to contraceptive methods for women; in some states, for example, religious employers and non-profits can decide not to offer contraception to women through their healthcare plans. Only 28 states currently require all insurers to cover the full range of FDA-approved contraceptive drugs and devices. So there’s gender discrimination is definitely still part of our healthcare system, especially for black women who use birth control less often and inconsistently than white women due to access barriers.

Another area in which gender priced health care still exists in the post-Obamacare era, is long-term care, which people need when they can no longer perform everyday tasks due to illness, injury, or disability. Last year, several big insurance companies, including Genworth Financial,started charging women higher rates than men for long-term care, a practice against which the National Women’s Law Center filed administrative complains in January. The insurance companies’ rational is that women live longer than men, therefore are greater liabilities to potential profits. According to Tom McInerney, Genworth’s chief executive, women account for almost 67% of all claims, but they only take out 58% of the company’s policies. Now, according to a recent report by the American Association for Long-Term Care Insurance, women can expect to pay hundreds more dollars on long-term care.

When it comes to purchasing car insurance, men are better off saving money by switching their gender than they are switching to GEICO. Companies that only want to satisfy their bottom line, and laws that only help them achieve this, can occasionally benefit women as well, and car insurance businesses fit that bill. Women are offered better deals because they drive less than men and get in fewer accidents than men, who take greater risks when driver and make up the vast majority of DUIs. In 2012, the FBI reported 743,029 men were arrested for drunk driving, compared to 244,195 women.

In 2011, the European Court of Justice ruled that companies that sell car insurance can’t offer lower rates to female driver who they believe are less liable to get into serious scrapes on the road. The Economist predicted at the time that this would cause a 25% increase in car insurance prices for women and a 10% decrease for men. The author of the article goes on to wonder, “Does the court have a secret plan to reduce female life expectancy? Ah yes, by increasing the cost of car insurance for women, they will force them into being passengers in cars driven by testosterone-fuelled young men.” The Economist is bad at jokes and good at anonymous bylines.

“Ladies nights” at bars that dish out discounts for women and cover charges for men, is a decades-old American traditional (note: not nearly as old as men’s clubs), which has recently sparked some controversy. Some feminists have been skeptical of the practice—which, though it can help out women financially (and in other ways), was implemented for the benefit of men—but it’s men, and men’s rights activists in particular, who are most vocally opposed to the practice. In 1998, for example, New Jersey resident David Gillepsie filed a civil rights complaint against the Coastline Restaurant, which allowed women free entry (a savings of $5) on ladies’ night. Because of this, New Jersey outlawed ladies’ nights in 2004.

Mens’ rights activist Roy Den Hollander alleged that he experienced gender and age discrimination when in 2010 a bouncer at a club asked the 66-year-old to pay to get in, while letting in a young lady at the same time for free. “They’re doing the same thing they did in the Deep South back in the 1950s,” Hollander said at the time, “Having to buy a $350 bottle of watered down vodka—that’s ‘sitting in the back of the bus’ for us!” Before ultimately losing that case in 2013, Hollander also sued to stop federal funding of the feminist studies program at Columbia University—twice.

What’s the secret to shampoo that leaves hair silky, curly, bouncy, repaired, replenished, and shiny? Gender discrimination, probably. In a recent article for Bustle, “How Gendered Pricing Rips Us Off,” author Amanda Chatel tracked down several beauty products, made by the same company, identical for all intents and purposes, which are priced differently depending on whether they are marketed to men or women. For example, Head & Shoulders makes an anti-dandruff shampoo and conditioner 2-in-1 for women priced at $10.99. The same product with an extra old spice kick for men costs only $7.99. Razors are another product on which women receive an egregious mark-up: $9.49 for the rugged Gillette Mach3 HD Men’s Razor, $13.79 for the pretty-in-pagan Gillette Venus Embrace.

Charging two different prices for men’s and women’s haircuts is the norm, though a few places have tried to change that standard. New York City has laws banning gender discrimination in pricing, and in 2011 its Department of Consumer Affairs issued 580 gender-pricing violations to businesses, doubling that number from the year before. In 2012, the department handed out upwards of 100 violations, most of them issued to hair salons. Tickets for offering gender-distinct rates run anywhere from $50 to $500. The DCA Commissioner has said of the city’s gender pricing laws, “I think there are completely legitimate reasons to charge different prices for different services and that one should be specific for what those reasons are. Reasons are not chromosomes.”

Recently, Denmark outlawed expensive haircuts for women, mandating that salons must charge men and women equally. In response, Danish hairdressers volumized their dissent, warning that the new laws could lead to “pricing chaos.”

There may be something to their argument, if women’s haircuts actually do take more time than men’s (or if most of us expect women’s haircuts to take longer, regardless of skill and time required). “Hairdressers may have legitimate claim to charging women more,” writesBourree Lam for The Atlantic, “but only if their cuts require more time, skill, or effort for a more demanding set of customers.

There’s some evidence that, while women are usually on the losing side of gender pricing, especially of when it comes to beauty products and procedures, nail salons are an exception to that rule. A recent article in the Wall Street Journal reported that in New York City, several nail salons had been charging men more than women for manicures. The businesses’ explanation for the practices was almost uniformly that men’s hands are larger, rougher, and take longer to manicure than women’s do. This practice of charging men more for nail maintenance isn’t contained to NYC either. On average men spend $37.14 on manicures compared to women’s $24.38.

7. New Cars and Their Parts

When it comes to cars, women are often given a raw deal at the dealership and the auto-shop. One 1991 study coming out of Chicago tested whether new car dealerships discriminated based on race and gender. It found that white women were asked to pay 40% more than white men who participated in the study, and black women were asked to pay upwards of three times what white men were asked to pay. Similarly, auto-repair shops often overcharge women, according to research conducted in 2012 by Meghan Busse, Ayelet Israeli, and Florian Zettelmeyer. The research team found that women were offered an average price of $406, compared to $383 for their male counterparts. Women who expressed limited knowledge car part pricing, in particular, were charged more than men with the same level of knowledge.

It’s common practice throughout the nation for dry-cleaners to charge different prices for men’s and women’s clothing. The fight for gender equity at the dry-cleaners has been spearheaded, in large part, by Janet Floyd, the cofounder of a market research firm in Manhattan, and starched shirt owner. Floyd found that her local dry-cleaner was charging $2 for men’s “shirts” and $6.50 for women’s “blouses,” insisting that the distinction in terms gave them the right to more than triple prices. New York City’s Department of Consumer Affairs (DCA) has stricter ordinances. Inherently biased gender terms, such as shirts and blouses, are not enough—prices can differentiate for shirts with and without ruffles, but not between shirts and blouses.

Miami-Dade county in Miami, Florida is one of the few places in the country with rules on the books dealing specifically with gendered dry-cleaning policy. The law, “prohibits businesses from charging different prices for goods or services based solely on the customer’s gender.” However, it still allows discounts based on gender, like “Ladies Free on Monday Night."