Al Sharpton jokes on "SNL": Eric Garner decision is the first time people have agreed with me 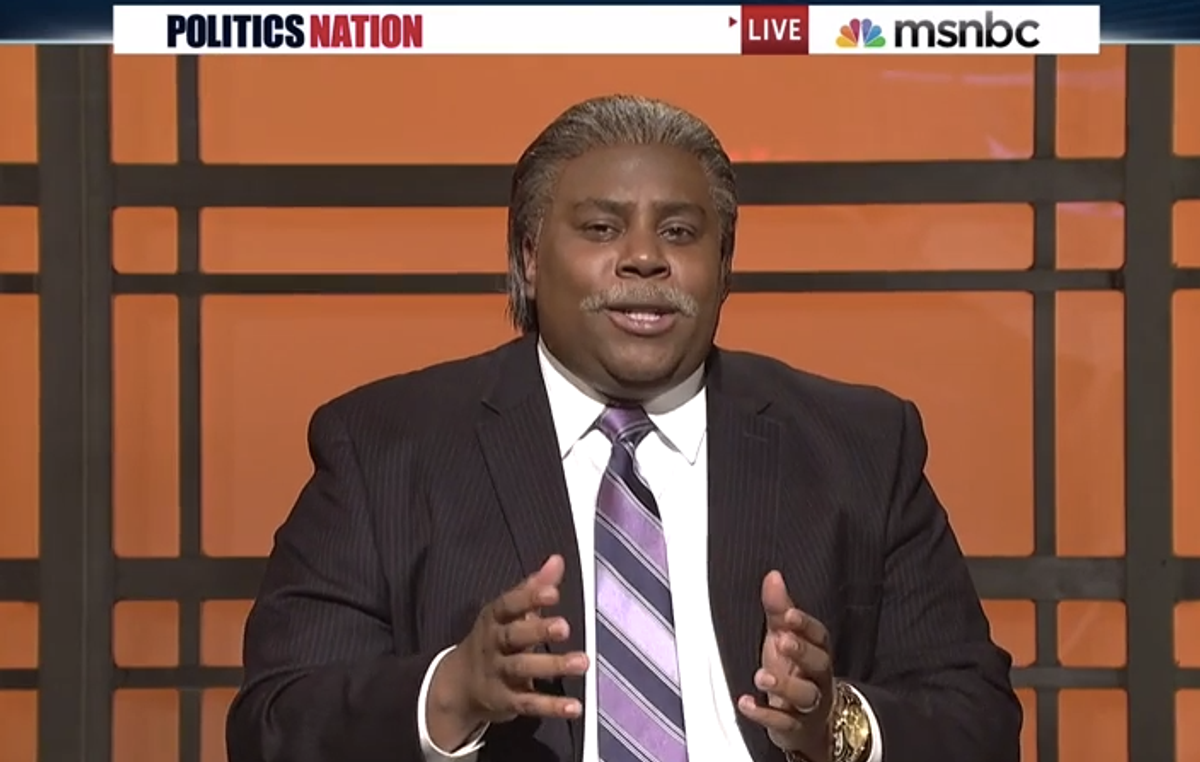 "Saturday Night Live" opened this week with its own version of MSNBC's "Politics Nation," hosted by Rev. Al Sharpton (Keenan Thompson). Taking on the widespread outrage in response to the Eric Garner decision, Sharpton almost gleefully notes that, "for the first time in my life, everyone agrees with me!"

"Folks are high-fiving me, inviting me places," Sharpton says. "What the hell is going on? Last night I was sitting in front of my TV, and I found myself saying, 'You damn right, Bill O'Reilly, I'm all messed up!'"

The host, endlessly mispronouncing phrases with a masked smile, also speaks with Peter Dinello (Bobby Moynihan), a representative from the Staten Island Patrolmen's Benevolent Association about the decision. "See, this is very complicated," Dinello says of the case. "On one side, you have a video seen by millions that seems to clearly show police negligence, but on the other side," he adds, shrugging his shoulders and grinning, "I mean yeah."

Watch a clip from the cold open below: