The fake biography of Stephen Colbert

Colbert's conservative persona is sadly retiring later this month. Here's a look back at what we know about him 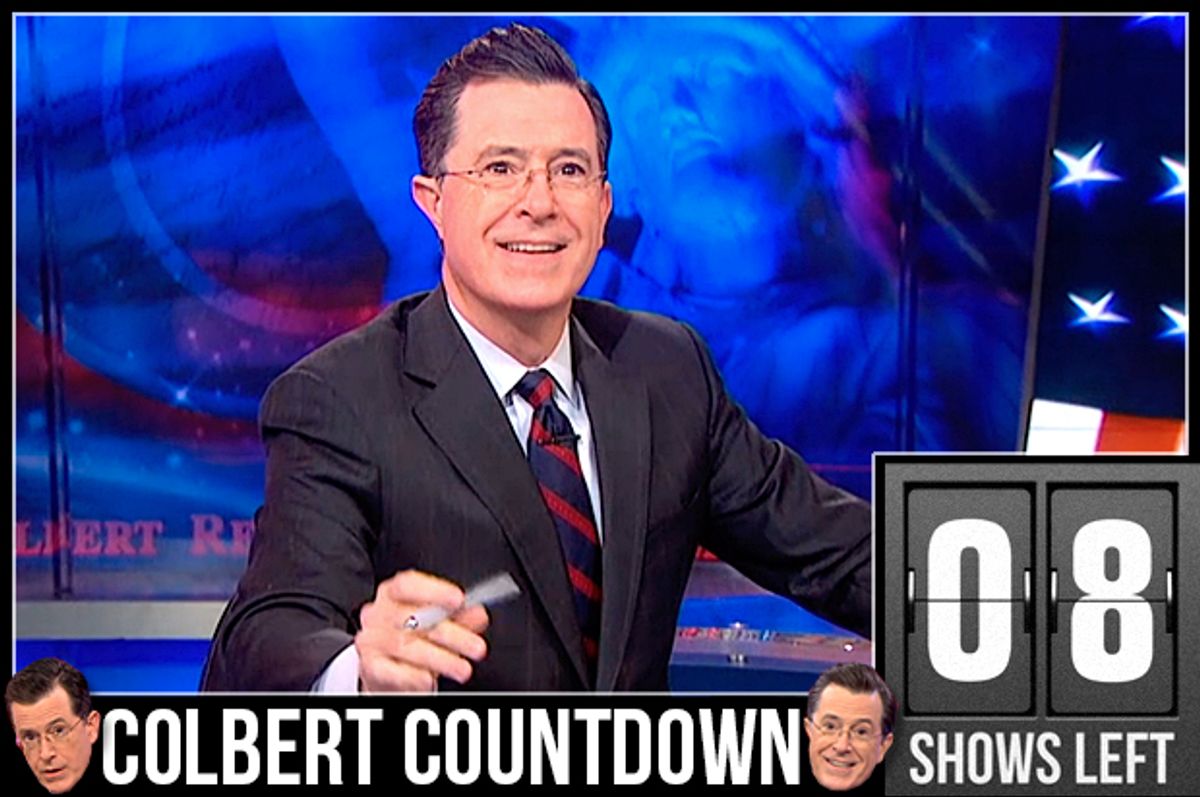 Long before "The Colbert Report," the fictional character Stephen Colbert was beginning to take shape. Some say the character has roots in "The Dana Carvey Show" and "Strangers With Candy," yet the Colbert persona really began to crystallize on "The Daily Show," where the real Colbert was a senior correspondent from 1997 to 2005.

Stephen Colbert has described his character as "'a well-intentioned, poorly informed, high-status idiot' who 'doesn't mean to be a jerk.'" (And he tells guests this before he he interviews them.) The character was modeled after Fox News host Bill O'Reilly, but also takes influence from Sean Hannity, Anderson Cooper, Joe Scarborough, Geraldo Rivera and others.

Through nine seasons and several books the conservative blowhard Stephen Colbert has come to life with his own views, loves, dislikes, personal history and even fears. And while sometimes those characteristics coincide with the actual Stephen Colbert, the fun is not knowing where the character ends and the actor begins. Here are some of our favorite fake-Colbert attributes:

Stephen Colbert is afraid of bears, and he tells this to Bill O'Reilly:

His gun is named "Sweetness":

He went to Dartmouth (instead of first choice, Hogwarts):

He was in the fraternity SAE:

Much of the Colbert persona is wholly fictional. However, there are certain aspects of character Stephen Colbert that line up with the real Colbert. For example, they are both fans of “Star Wars”:

They are both Catholic:

They're both from South Carolina:

He's the "Commander in Opposing the Chief":

Received a doctorate in fine arts from Knox College, when giving the below commencement speech:

He was mock-knighted by Queen Noor of Jordan:

He declared himself the first lady of France:

He was given “Mos Def” by Yasiin Bey:

If you want to know about Stephen Colbert, here are some of his favorite things: