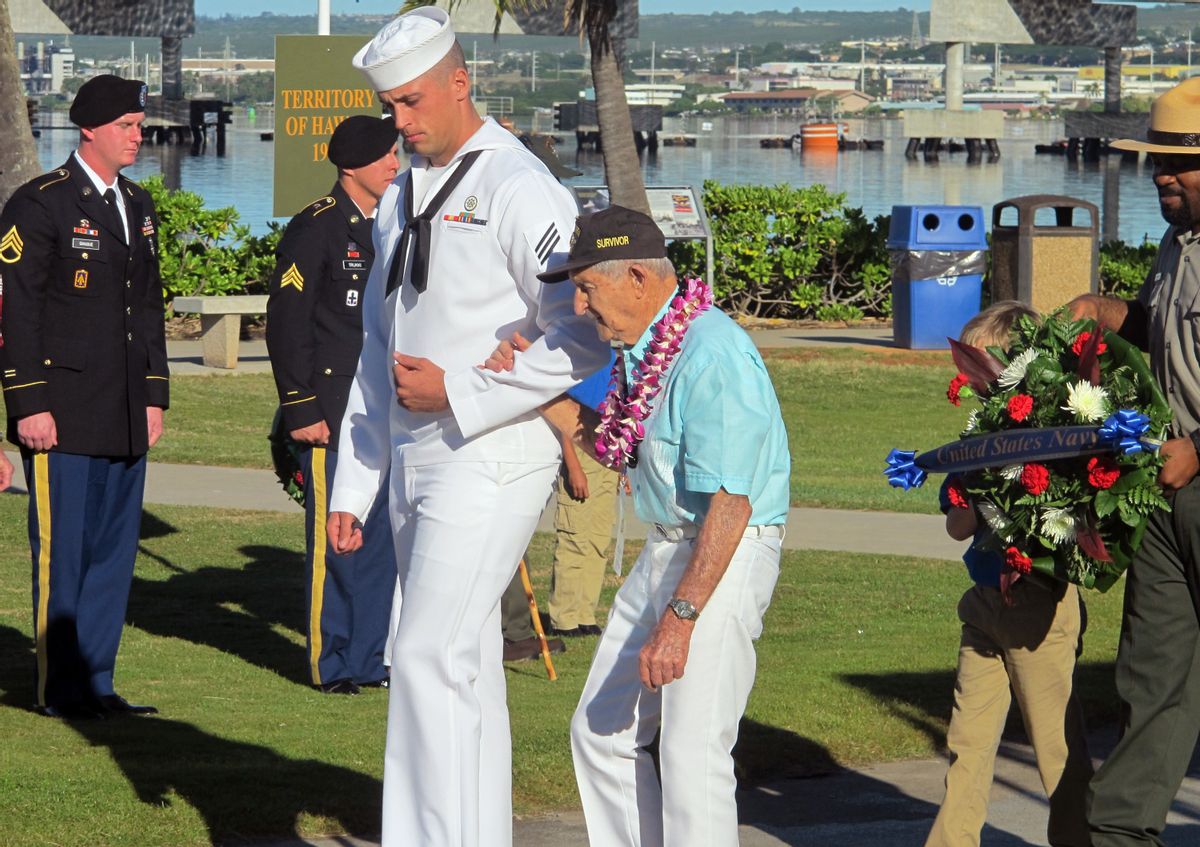 1. WHY POLICE SHOOTING NUMBERS ARE SO MURKY

No firm statistics can show whether a spate of officer-involved killings across the U.S. is a growing trend or simply a series of coincidences generating a deafening outcry.

2.'WE CHOOSE TO REJOICE IN THE MEMORIES OF PIERRE'

That's how Yolanda Korkie responded to the death of her husband, Pierre Korkie, who died along with fellow hostage Luke Somers during a U.S.-led rescue attempt in Yemen.

3. WHERE 6 GUANTANAMO PRISONERS ARE SENT

Uruguay agrees to take the men who spent 12 years at the U.S.-run prison for terror suspects.

With the help of canes, wheelchairs and motorized scooters, aging veterans who survived the surprise attack attend the 73rd anniversary observances in Hawaii.

5. HOW US MILITARY MISSION IN AFGHANISTAN HAS EVOLVED

American troops shift from conducting combat operations to training Afghan forces to fight on their own, according to Defense Secretary Chuck Hagel, on a visit to a remote base in the country's wild east.

Chlorine gas sickens several people at a Chicago hotel and sends six-foot-tall rabbits, foxes and dragons from "Furfest" to the refuge of a dog show across the street.

Developing countries call for the $100 billion in annual assistance that wealthier nations pledged to help limit emissions and cope with environmental issues such as rising sea levels.

It's the first official US visit for Britain's Prince William and Princess Kate and their first Big Apple experience.

Some sexual misconduct accusations leveled against the comic actor date back four decades.

'Bama, FSU, OSU, Oregon all make the cut, but third-ranked TCU is left out in cold.