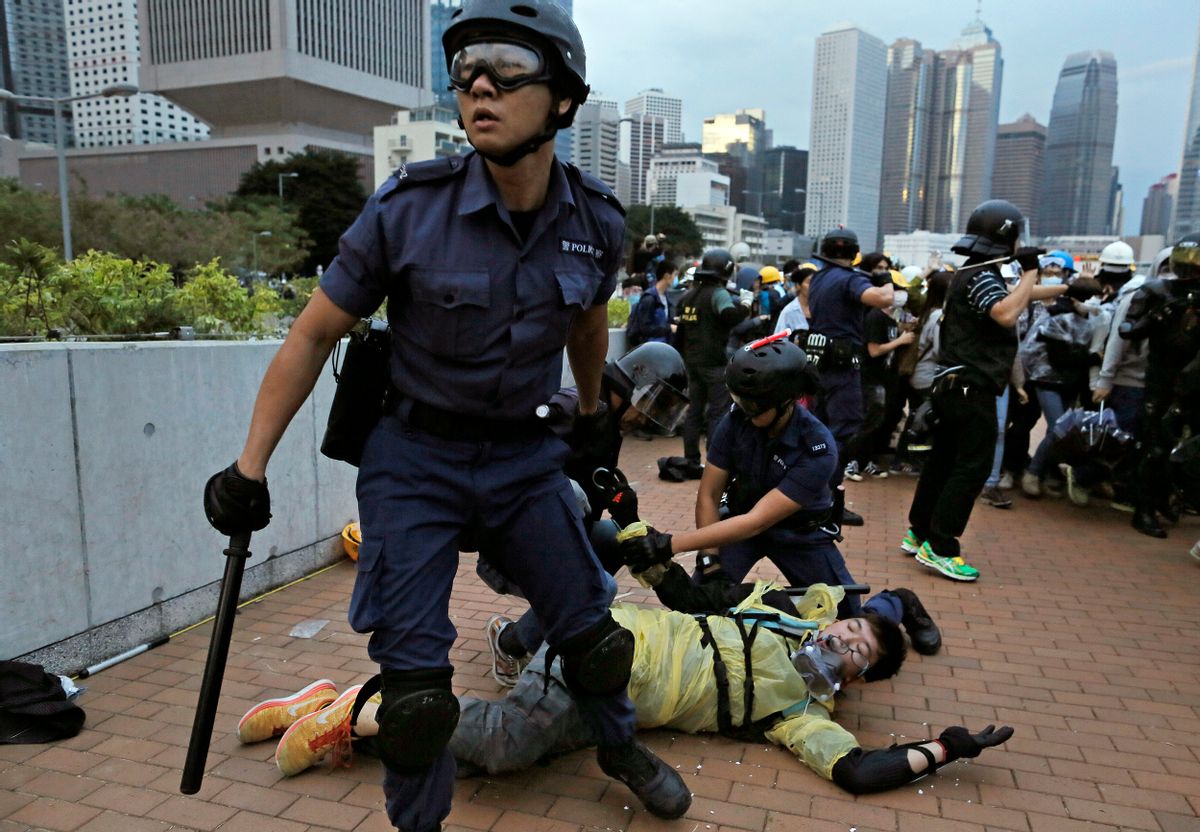 A protester is arrested by police officers outside government headquarters in Hong Kong Monday, Dec. 1, 2014. Pro-democracy protesters clashed with police as they tried to surround Hong Kong government headquarters late Sunday, stepping up their movement for genuine democratic reforms after camping out on the city's streets for more than two months. (AP Photo/Vincent Yu) (Vincent Yu)
--

Police in Hong Kong armed with pepper spray, batons and riot shields clashed last week with protesters protecting themselves with umbrellas as they tried to surround the Hong Kong government headquarters in a bid to revive their flagging movement for democratic reforms. Some 40 protesters were arrested.

Residents in the central Philippines still haunted by the death and destruction of last year's mammoth Typhoon Haiyan feared the approach of Typhoon Hagupit, Filipino for "smash" or "lash." More than a million people fled to shelters. Thankfully, the storm, which made landfall late Saturday, proved to be much less destructive, although three people were killed.

Japan launched a rocket carrying a space explorer called Hayabusa 2 that aims to land on an asteroid, blow a crater in it and collect samples that scientists hope will provide some clues about the origin of the earth.

Political candidates across Japan started a typically frenzied political campaign last week for this coming Sunday's lower house election. Prime Minister Shinzo Abe, in office for two years, has portrayed the election as a way to seek the public's mandate for his "Abenomics" economic policies, but he also has nationalistic goals that, if achieved, would move Japan in a more conservative direction.