"Dead bodies and wasted money": How I learned firsthand the worst lesson of war

If you truly want to learn from a war, don’t start one. My unit learned how to survive -- we didn't become smarter 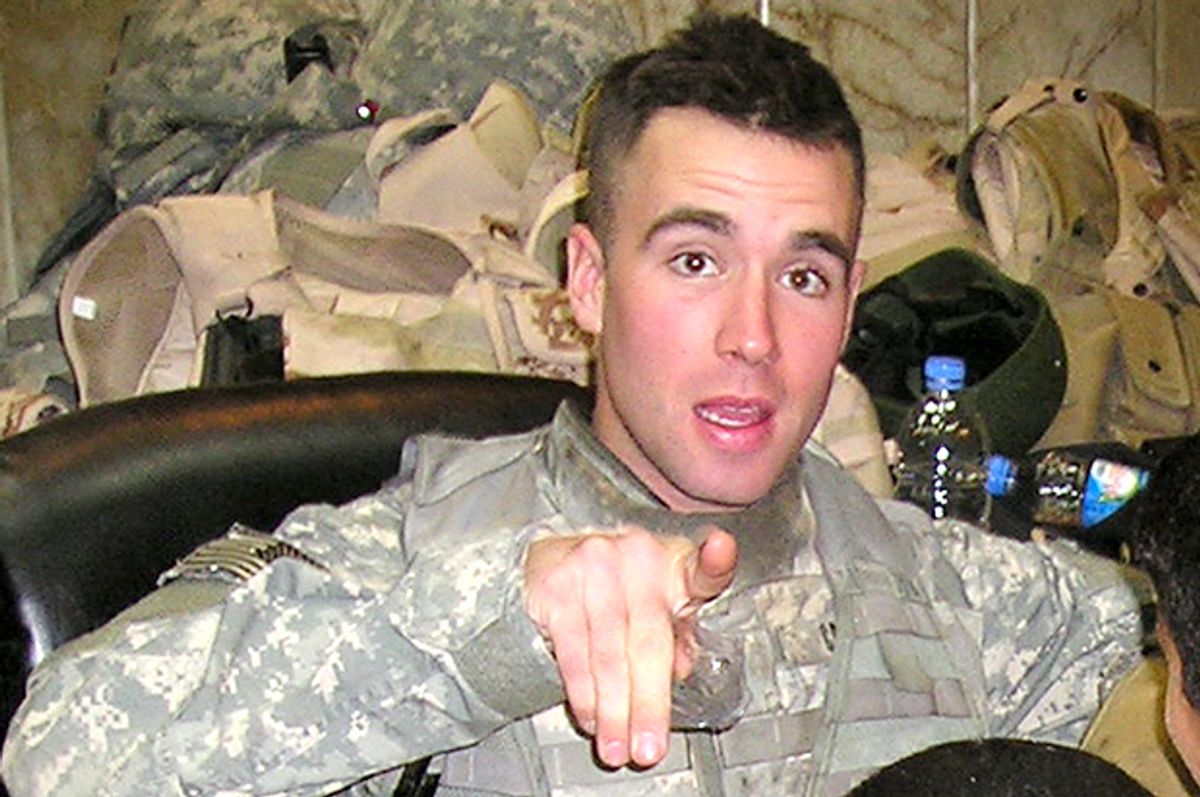 Recent revelations of colossal missteps in Afghanistan from Anand Gopal’s "No Good Men Among the Living" combined with ISIL’S advance in Iraq have the few remaining Afghanistan and Iraq War optimists wondering what it is we should take away from these conflicts. I imagine thousands of bureaucrats and generals are asking the same question at the Pentagon, crustily ordering their multitudinous aides to compile relevant data and get back to them yesterday. This is for them, I would assume, a time for edifying soul-searching, a chance to become smarter, more resilient, to make, as they say, lemonade out of a whole lot of dead bodies and wasted tax dollars.

Before they go any further, I have a suggestion for them: stop. Let go of your mouse. Put away all the power points that trace the different tribal leaders we should bomb and the ones that we should give money to, as well as the older power points that give money to the ones we are now bombing and bomb the ones we are now giving money to. Pause, take a deep breath, and please acknowledge that wars, whether won or lost, do not make societies smarter, but stupider.

I spent most of my war driving circles around a city now controlled by a group called ISIL. The city is much in the news now, or at least it was for a month or so, not so much for its degradation, but for the way in which our seven-year multibillion-dollar investment suddenly collapsed. Worse yet, many of the people we fought to help, those we trusted most and gave the most money to, were the ones who welcomed ISIS, the ostensible enemy, into the city. So when Mosul fell, I too thought long and hard about lessons learned. Was it a lack of American troops? Nouri Al-Maliki? Iran? Inaction in Syria? I wanted to take a clear failure – I mean it doesn’t get much worse than having the city you tried to make stable and “Western” reduced to three hours of electricity a night and allowing women to go out only when needed – and hold a good old-fashioned after-action review. But it soon became clear to me that my after-action review would be more of the same. I would be flattering myself by thinking I learned much through my particular war; when in fact I lost much of what I had worked very hard to learn before going to war.

Don’t get me wrong. War most definitely encourages bountiful creative impulses in some. The list of killing contraptions invented for and during war probably rivals that of a comparable peacetime list. Just think of where we’d be if we didn’t learn how to make a tank and flamethrowers? Similarly, if you leave a determined unit on the battlefield long enough they will adapt to their particular enemy and use the resources they have to better advantage. My unit started to figure out how to fight more effectively the longer we fought. But this is not the same thing as learning. We did not become smarter. We survived. ISIL has also adapted through 10 years of war. If anyone has learned anything from war, it’s them. Call me a philistine, but I don’t really want to learn anything about war from them, and I have trouble believing their war experience has taught them anything of real value, though it has in some respects made them successful at war itself.

Westerners like to dignify war as we can with the resources that we have, to make it sound like a chess game or science project with ascertainable goals, well-delineated procedures and verifiable conclusions. We actually have war colleges and war diplomas. People study military science and take war-leadership classes. Yet what a country actually does while at war – whether that country is an advanced nation or medieval relic – is try to survive; and if the war is truly about survival they throw everything in their possession at the enemy, flailing arms desperately, chucking money, bullets, grenades and prayers in the hope that they hit something. And you know what? Sometimes they do. But it takes a peculiar leap of faith to take this for knowledge or expertise. It takes an even more precious naiveté to pay people for the wisdom derived from collective stupidity.

This, of course, hints at a deeper problem with recent American war experience. Our contemporary wars are not really about survival. They are optional, so we find ourselves in a ridiculous position of trying to give brute force an air of rationality, as if we were not invading a country but embarking on an epic social-science project.

Gopal’s book shocks us with the extent of the West’s failure in Afghanistan. Didn’t anyone know anything? Hadn’t they learned from the previous year and the year before that? Why didn’t we adjust course? But this shouldn’t be surprising. Once we invested a trillion dollars to build a nation through bombs, money and more bombs, we effectively undermined any pretense of understanding Afghanistan’s culture, history or nationality. What we knew or didn’t know about this or that tribal leader is ultimately unimportant. We gave up on knowledge when we went tried to bomb another world into our image, and no amount of after-action reviews, however nuanced and sophisticated, will take away from the fact that we have become stupider for having fought a war.

If you truly want to learn from a war, don’t start one. And if you have to have one, if it’s absolutely necessary, and is truly about life or death, about survival, at least be honest enough to know what you’re getting into – don’t hide behind a façade of reason, trumped-up justifications and supposedly sacrosanct lessons learned from past wars (which inevitably come to nothing in the next, just ask André Maginot). And for God’s sake, don’t go around acting as if past martial failures hold the seed of future victory. For if there is one thing that teaches countries and the people in them nothing at all, that makes them a little less reasonable, a little more hysterical and much less judicious, it’s war.

Michael Carson deployed to Iraq in 2006. He now writes for and co-edits the Wrath-Bearing Tree, a blog about war, history and the arts. Follow him @WrathBT.