Everything Rolling Stone did wrong: How it should have protected Jackie from getting torn apart by trolls

Finally, the magazine stops blaming Jackie and starts blaming itself 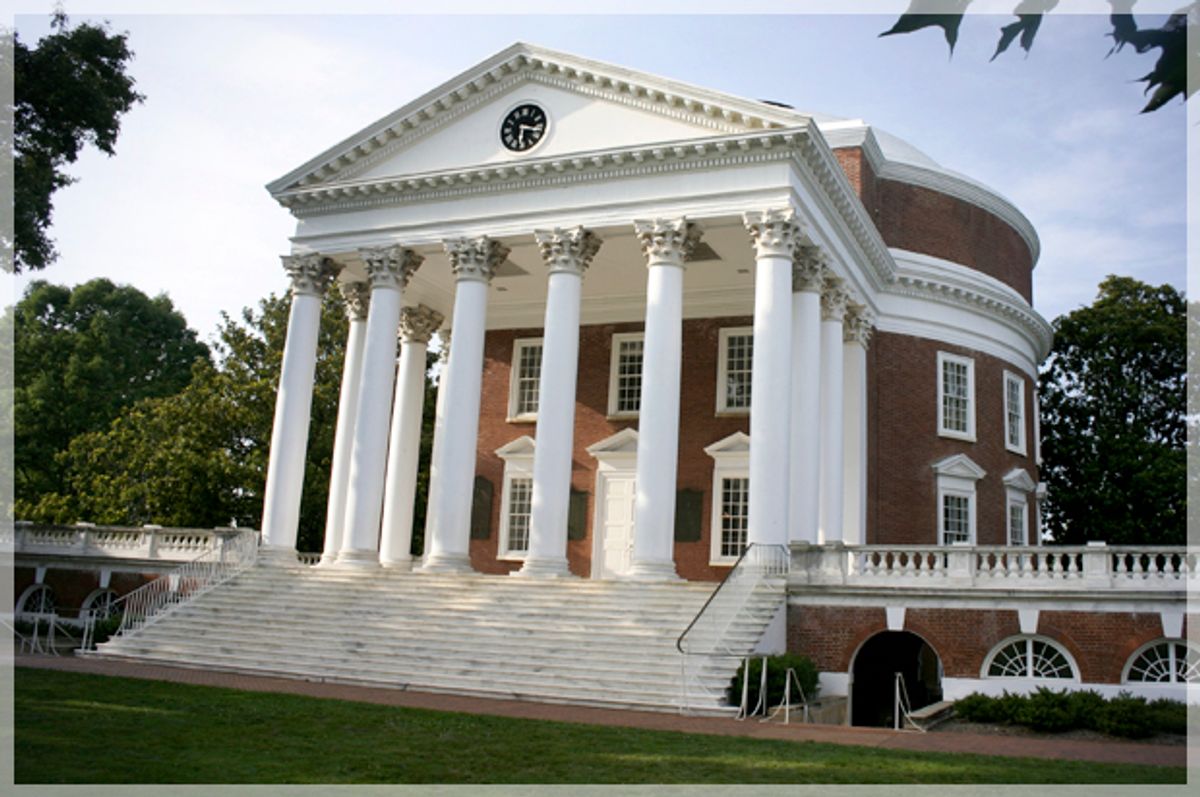 Rolling Stone updated its apology to readers for not thoroughly fact-checking Sabrina Rubin Erdely’s “A Rape on Campus” story over the weekend. The key difference: The editors stopped blaming their source, a University of Virginia student known as Jackie who told Erdely a harrowing account of a gang rape at a fraternity house during her freshman year, and started blaming themselves. As managing editor Will Dana now says in the apology, “These mistakes are on Rolling Stone, not on Jackie.” And he is right. Rolling Stone took a gamble on one traumatized person’s account of potentially inflammatory events and presented them as fact, when it turns out there are many parts of the story that needed clarification first.

To be clear: This is not to say that the larger points of Jackie’s story are necessarily untrue.

Rolling Stone’s refusal to do the dirty work of sussing out the finer details of the narrative opened the door to a harmful call for — and against — hearing “the other side of the story.” But Erdely and her editors were not wrong for not seeking out “the other side.” They were wrong because they didn’t give Jackie’s story the due diligence it deserves so that all of this fact-checking could have occurred with sensitivity, in private and not in the public eye. Speaking to the specific members of the fraternity accused — or indeed, even attempting to seek them out — as well as thoroughly vetting the account of Jackie’s appeal to her friends for help would have given Erdely the opportunity to iron out many of these inconsistencies before the press and the public had the chance to tear Jackie’s credibility apart:

Knowing this while she wrote the story could have allowed Erdely to ask Jackie to go over these details again, and check them against what the victim knew and what she assumed at the time. Jackie now says she never knew whether or not her date that night was a member of the fraternity in question. Maybe the gathering was off the books for some reason. Maybe some or all of the perpetrators weren’t actually members of Phi Kappa Psi. Maybe the crime happened in a different house. It’s still possible that Jackie was led to a UVA fraternity house that weekend and gang-raped. Is her story less horrifying if those details are left out of the story, or their ambiguity acknowledged?

Jackie says she met up with three friends after the assault, battered and bleeding, and told them what happened. According to Rolling Stone, the friends pressured her into not going to the hospital that night, weighing “the social price” of reporting the rape “while Jackie stood beside them, mute in her bloody dress.” Now, one of those friends tells the Washington Post that Jackie “appeared distraught that night but was not hurt physically and was not bleeding. The student said Jackie made no claims of a gang rape and did not identify the fraternity where she said she had partied. ‘Cindy’ [a pseudonym] said Jackie told one of the friends there that a group of men had forced her to perform oral sex.”

Another friend, “Andy,” told the Post that Jackie called them for help that night, and that she seemed shaken up, and she told them a group of men at a fraternity party had forced her to perform oral sex. Emily, a fellow survivor Jackie befriended after the rape, told the Post that Jackie told her five men raped her, and then later learned Jackie told others it was seven.

So. It is possible that Jackie’s injuries were not as visible to her friends as she believed them to be. It is possible that in the immediate aftermath, Jackie downplayed her assault to her friends for a variety of emotionally believable reasons. It is possible that Emily misremembers how Jackie told her the story. And it is possible that Jackie took her friends’ attitude of, as “Cindy” tells the Post, the evening being “not very significant. I remember it, but it was not very dramatic” as disbelief or a severe downplaying of her distress and didn’t press the issue, and in the two years since the rape has created a narrative in her mind for how they could have betrayed her. To say the least, remembering an evening in which a friend tells you that a group of men forced her to perform oral sex as “not very significant” is indicative of a huge cultural problem.

The reporter’s job is to take all of these maybes and it’s possibles and go back to the source and ask for clarification: Did you tell your friends the truth that night or were you holding back, and why? Is it possible your date wasn’t a member of the fraternity? Is it possible you were at another house? There is a way to do that sensitively and privately so that Jackie could feel safe in the process and not like a courtroom witness under public scrutiny. And then, the reporter's job is to address these ambiguities in the story and place them in their proper context.

The road to this story's trip to hell is paved in good intentions, and now Erdely’s failure to fully address and explore the ambiguities in her story not only subjects Jackie to a more humiliating and harmful public form of investigation, it undermines the story's potential to shine a harsh light on the efficacy of campus sexual assault policies and the harmful effects of legacy-laden university cultures that demand loyalty to the institution over its least powerful members.