The chemicals used in fracking are linked to a number of serious health issues, a new review finds 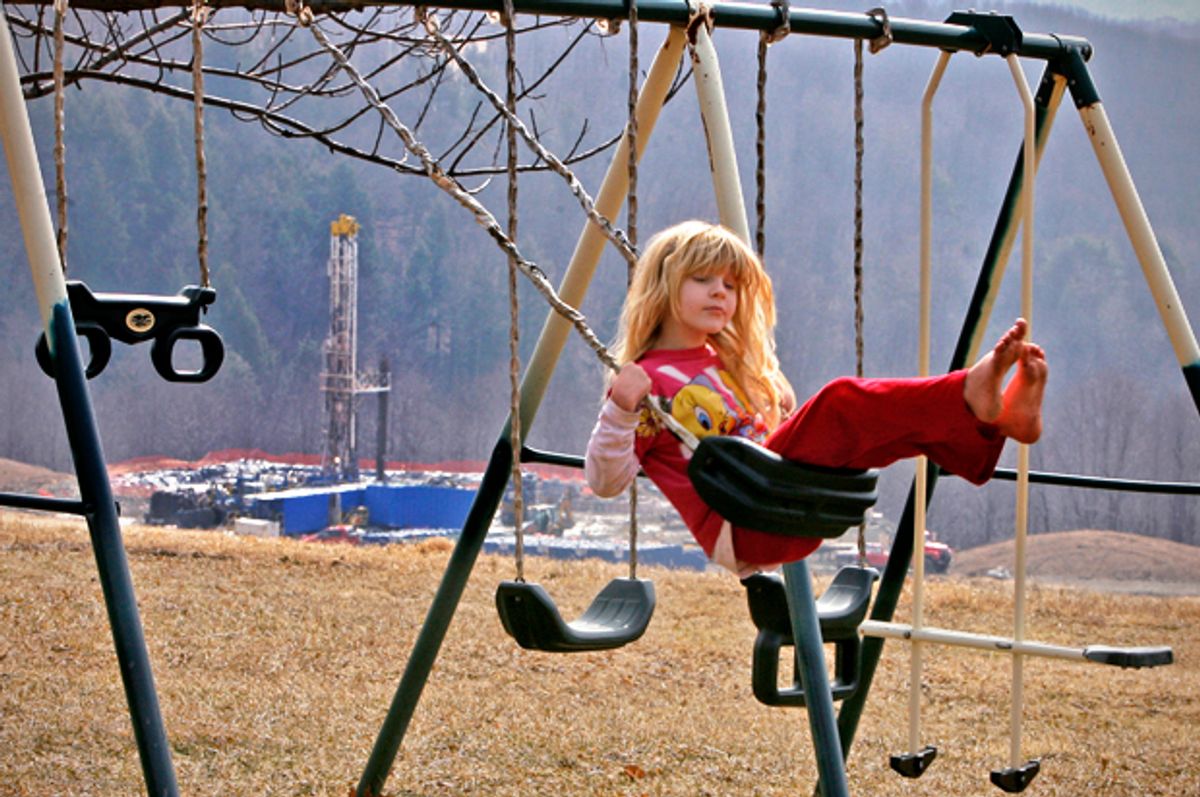 There's a lot we don't know about the potential health impacts of fracking operations on the people who live in their vicinity. But researchers say we should start paying attention.

In a new paper published in the journal Reviews on Environmental Health, researchers led by the University of Missouri's Susan Negel conducted a review of some 150 papers published over the past 40 years examining the effects that chemicals commonly injected into the ground during the fracking process, and elements that are consequently released from the rocks, have on human health. Of the more than 750 chemicals known to be used in fracking, they found, at least 130 are potential endocrine disruptors, meaning they interfere with people's hormones: the researchers list reduced semen quality, infertility, miscarriage, impaired fetal growth and low birth weight among the potential threats. Fetuses and small children, they emphasized, could be particularly at-risk.

Taken together, the authors say, the evidence suggests that people who live near fracking wells -- over 15 million Americans reside within a mile from one  -- should be monitored for chemical exposure and any health problems.

“We desperately need biomonitoring data from these people. What are people actually exposed to? What are the blood levels of people living in these areas? What are the levels in the workers?” Nagel told the Guardian. “It is absolutely in the realm of possibility that at current human exposure levels, we might expect to see some of these effects, and at the very least, we should be looking for them.”

The problem is that we're not looking nearly enough. That lack of health data is the critical issue, Robert Jackson, who recently published research demonstrating evidence of methane contamination linked to fracking in drinking water wells in Texas and Pennsylvania, told Salon via email. "There may be reproductive health effects, there may not be strong reproductive health effects. We may never know because no one is really doing the work."

Absent that information, the oil and gas industry continues to drill at a dizzying pace. “Our heartfelt concern is that if the oil and gas industry continues to develop more wells, then the problem is going to be exacerbated greatly before we finally have answers,” study co-author Sheila Bushkin-Bedient told U.S. News. “In terms of chronic diseases and in terms of finding out the developmental problems of babies, we might not know that for a decade or two. We might not know about cancers for a couple of decades, and by that time, it would be too late.”