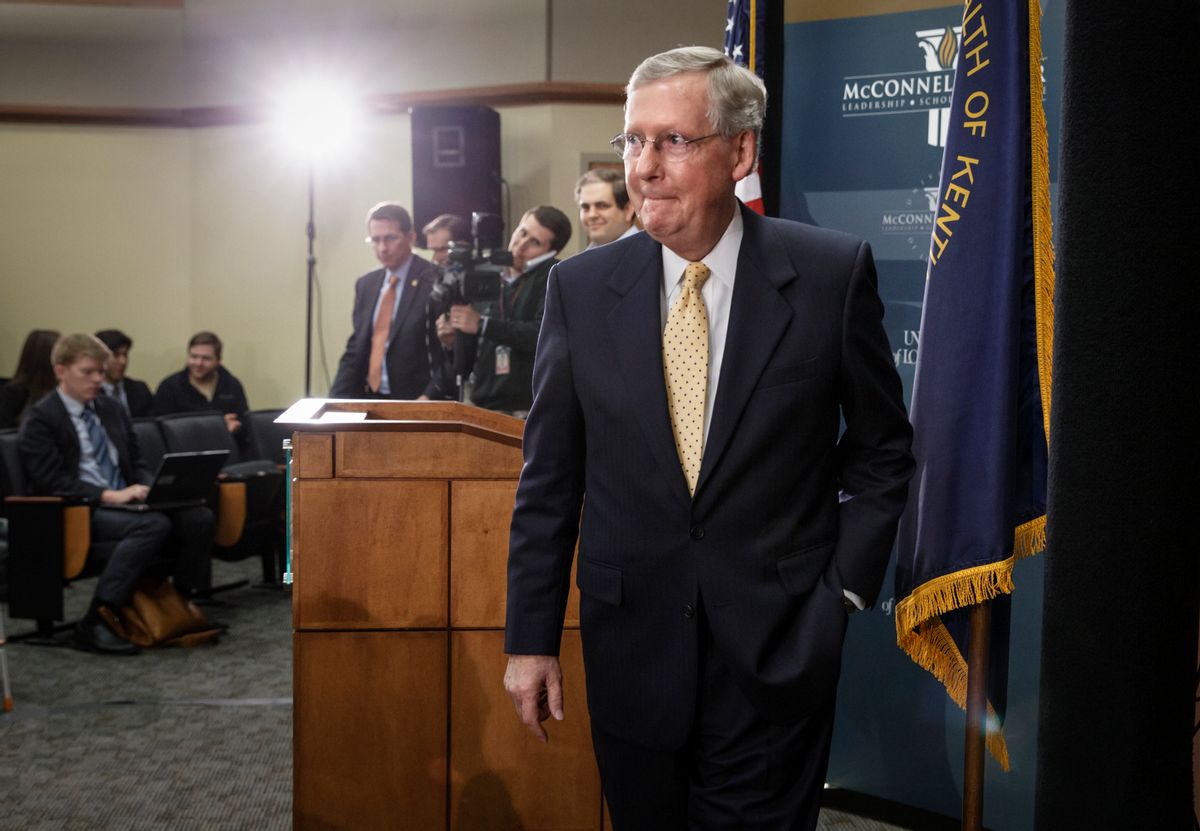 Remember that string of GOP candidates who pretended to be pro-choice while they campaigned for the midterms, despite having records of distinctly anti-choice views? Remember how most of them won congressional seats, contributing to Republican majorities in the House and Senate? Well, get ready for the liars and truth-massagers to reveal themselves, because it looks like GOP-led efforts to curtail reproductive rights will start first things first once Congress convenes next year.

The Wall Street Journal reports that Republicans plan to reignite debate over the Pain Capable Unborn Child Protection Act, which passed in the House in 2013. Contrary to the argument put forth by proponents of the ban, the "science" underpinning the measure -- that fetuses can feel pain at 20 weeks gestation -- has been debunked. But that's not expected to stop Republicans from pushing a bill that might finally have a chance in the Senate:

F]or the first time since the Partial-Birth Abortion Ban Act was passed in 2003, outlawing a late-term procedure, the antiabortion movement sees opportunity on Capitol Hill as the GOP prepares to take charge of the U.S. Senate.

At the top of the agenda: legislation that would ban abortions at 20 weeks of pregnancy or later, pushing the legal boundaries set by the Supreme Court’s Roe v. Wade decision. Activists on both sides of the debate are gearing up for a fight that will demonstrate the consequences of Republican gains in the 2014 election.

Incoming Senate majority leader Mitch McConnell has already expressed his support for the bill. "There’s no reason our constituents should be kept from having their voices heard on the issue in the Senate, as well," McConnell told the Wall Street Journal. "I look forward to having the Senate consider similar legislation in the next Congress."

In addition to launching new attacks on reproductive freedom, the GOP-led Congress is also expected to do what it can to dismantle LGBT anti-discrimination actions enforced by the Obama administration, according to BuzzFeed. Surely no tension to come.