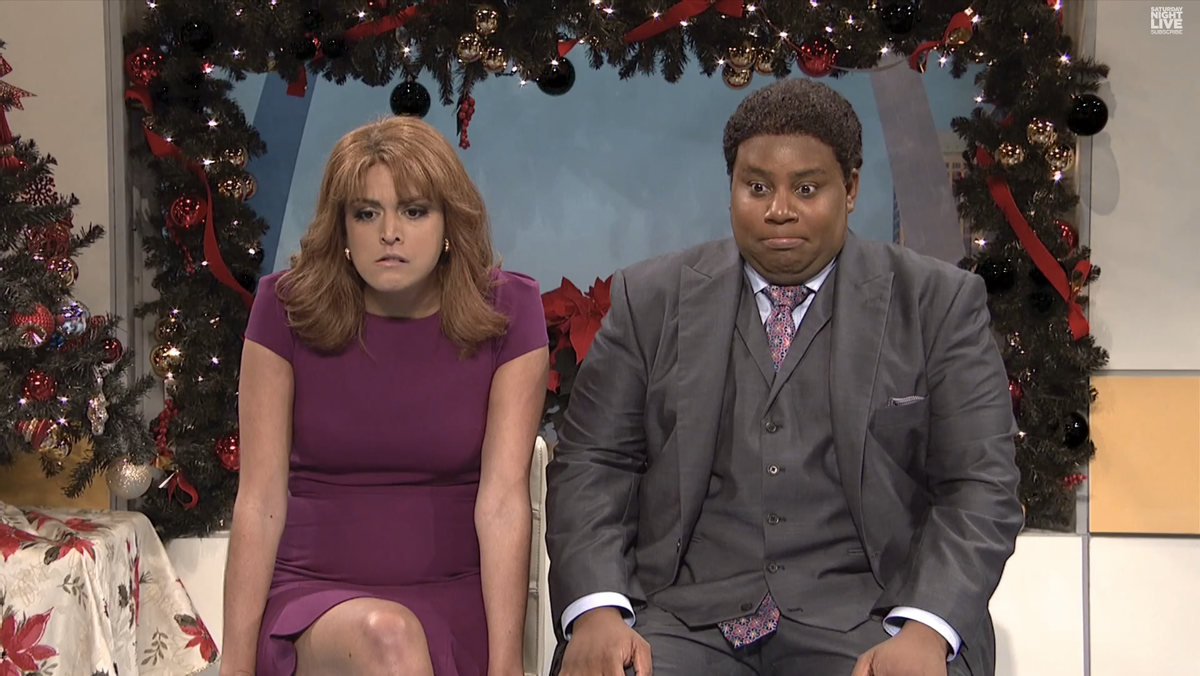 "Saturday Night Live's" greatest moments have been those when the show's writers and actors refuse to abide by what is popularly considered fair game for comedy, venturing into the unsullied terrain of the uncomfortable and too-soon. This weekend's show, hosted by James Franco, attempted to do just that with a sketch about the protests in Ferguson: two St. Louis television personalities, Kip and Jenny (played by Kenan Thompson and Cecily Strong) are forced to host their saccharine morning show, and end up bungling the job with a number of charged errors (Jenny refers to the Black Keys as the "blackies," among others).

The sketch was great--it was unapologetic in its mocking of forced public political correctness and insightful in its examination of vapid entertainment during times of strife.

But it was cut for time.

SNL sketches can be cut for any number of reasons, often because one didn't receive as positive a reaction as had been hoped in the dress rehearsal. Still, if the beloved comedy institution wants to maintain its shaky reputation as being on the cutting edge, it will have to start airing skits that ruffle feathers.