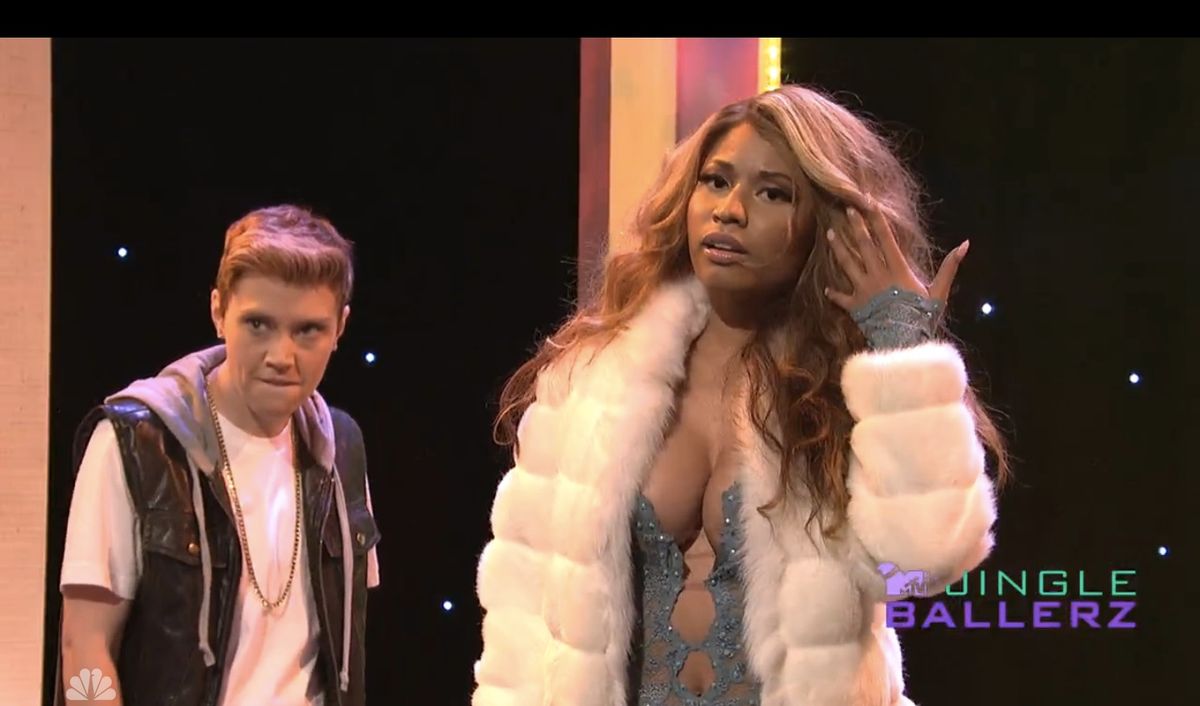 James Franco may have been the host of last night’s "Saturday Night Live," but the true standout of the night was musical guest Nicki Minaj, who not only spoofed Kim K.’s ridiculous Paper magazine butt shoot, but also took on her “Flawless (remix)” collaborator with what is likely the show’s best Beyoncé impression to date.

The cast member best known for playing Beyoncé is Maya Rudolph, who left the show in 2007, but recently came back to do a cameo in a sketch about the Jay/Solange elevator incident. It's a fun, iconic impression, but seeing it this spring, it also felt pretty dated.

Maya honed her impression in the era of Beyoncé 1.0; while it spoofs Bey's sassy, drama-queen persona, the Beyoncé of “Irreplaceable” and “Crazy in Love,” it doesn’t really capture the new-agey, #blessed aura she has cultivated in recent years. Rudolph’s impression is a larger-than-life portrayal of a diva, but it isn't really Beyoncé-specific: Like Will Ferrell’s Bush, she has pretty much just created a new character with quirks and tics unto herself.

The genius of Nicki’s Beyoncé, on the other hand, is in its pointedness. With her understated mannerisms and little chin tilts and hair-flicks, Nicki manages to distill something distinctly Beyoncé 2.o: That floaty, faintly holier-than-thou air that has turned Beyoncé into the closest thing pop culture has to a deity. At the same time, she hits on something we’re reluctant to admit lest the Beygency come for us, which is that, as run-the-world fierce as Beyoncé seems onstage, when she talks she tends to project a slightly dazed detachment, as if she's floating above herself. If the main essence of Maya's impression is sassy and fierce (Sasha Fierce!), Nicki's is nicely aloof.

So Nicki gives a Queen Bey impression that is slightly more nuanced than what we'd come to expect from "SNL" -- and one that also has sharper claws. But of course: No shade. No, no shade.