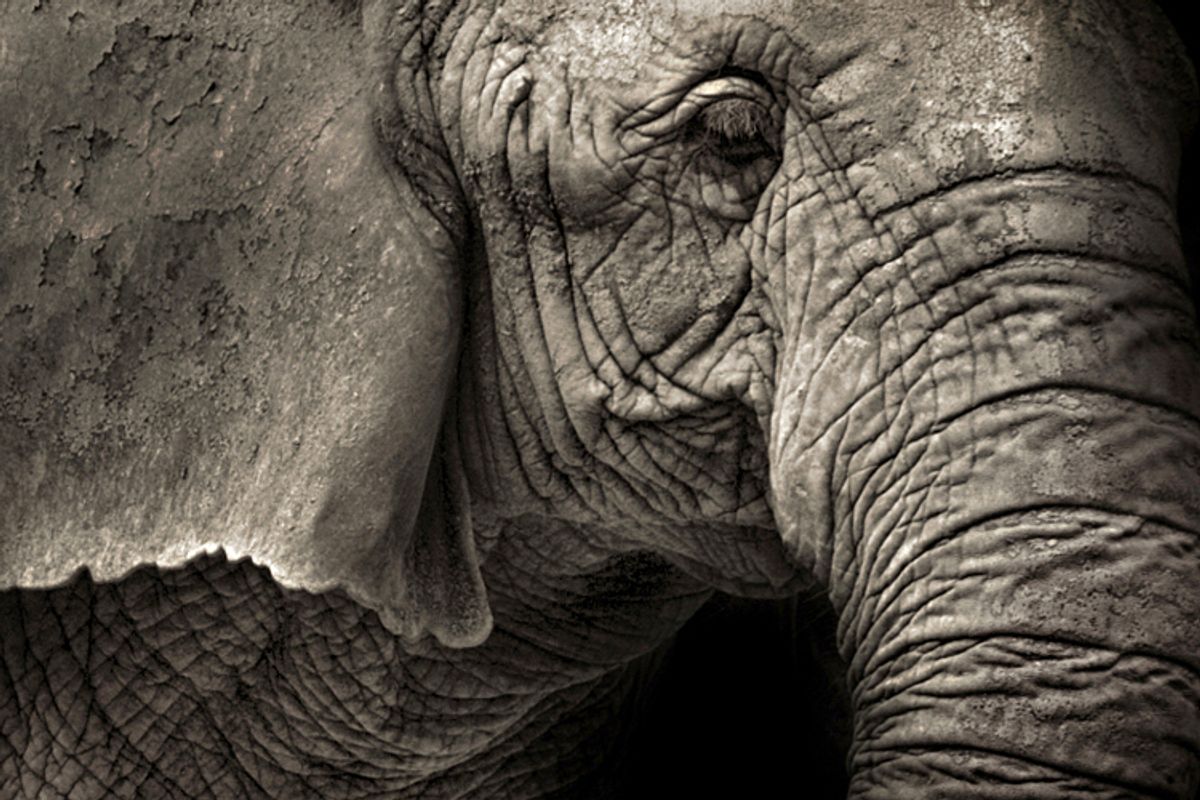 A new report jointly released by Save the Elephants and The Aspinall Foundation does not mince words when it comes to the dire situation of elephant slaughter. The situation is "out of control," and the groups fear that wild elephants could be extinct within one generation, thanks to the slaughter of over 100,000 elephants from 2010-2012.

"Skyrocketing demand for ivory in China -- the wholesale price of raw elephant tusks has tripled in just four years since 2010 -- have sparked a booming trade in smuggled ivory that is driving the unsustainable killing of elephants in Africa," the report reads.

The issue has won international support and outrage. On Monday, Prince William delivered a speech in which he called for the end of illegal wildlife trafficking, calling the practice "one of the most insidious forms of corruption and criminality in the world today." The U.S. has also taken steps to ban the importation and sale of ivory.

Still, poaching has actually risen in past years because, despite global efforts, its value keeps going up. In fact, one of the world's major economies still refuses to crack down on ivory. Agence France-Presse reports:

Investigators from the campaign groups visited scores of shops and factories in China, the world’s main ivory manufacturing centre, comparing quantities on sale and costs.

“Every metric on the ivory trade has exploded upwards in recent years. The prices of raw and worked ivory in China, number of licensed carving factories, retail outlets both illegal and legal, items on sale, all have shot up,” [the report] said...

The number of legal ivory stores in China shot up from 31 in 2004 to 145 last year, while the number of ivory carving factories increased from nine to 37 over the same period.

The report warns that illegal sale of ivory in unlicenced stores is growing just as fast and even when carvings had the necessary paperwork, that “was no guarantee that the selling was legal.”

"China holds the key to the future of elephants," said Save the Elephants founder Iain Douglas-Hamilton. "Without China's leadership in ending demand for ivory, Africa's elephants could disappear from the wild within a generation."