Stewart also apologizes to a DA, and admits the pitfalls of working in "counter-errorism" 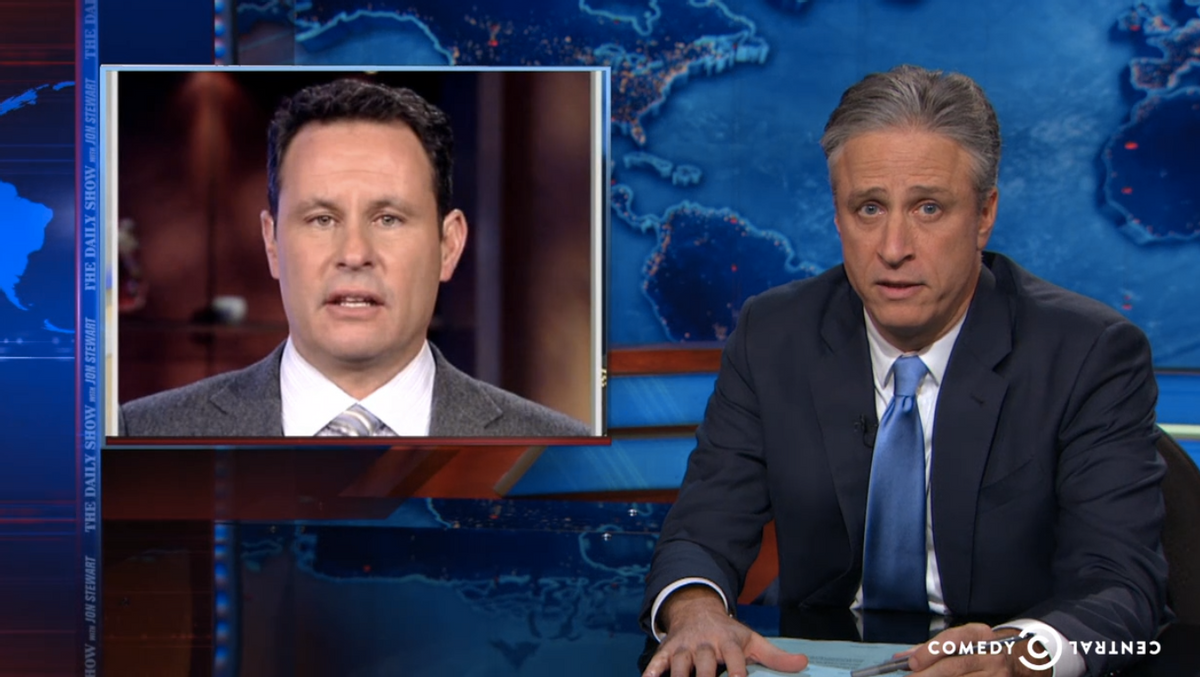 Last night Jon Stewart did an often-difficult thing: He corrected a factual error, apologized for the blunder and showed some genuine remorse.

Stewart apologized for including a San Bernardino, CA man in his list of unarmed black males killed by police. This man, as the DA pointed out, was tasered by the police and died due to the drugs he had ingested.

Fox News is now using that one error to "change the preponderance of the piece" and shift the conversation away from the systemic issues in law enforcement. "'The Daily Show' has to be right 100 percent of the time; Fox only has to be right once."

One Fox News host Brian Kilmeade took it too far, and Jon Stewart brilliantly called him on it. "Fuck you Brian, seriously, fuck you."

"The Daily Show" guest, the incredible Norman Lear, complimented Stewart on the "counter-errorism" segment, in the hilarious and poignant interview below: