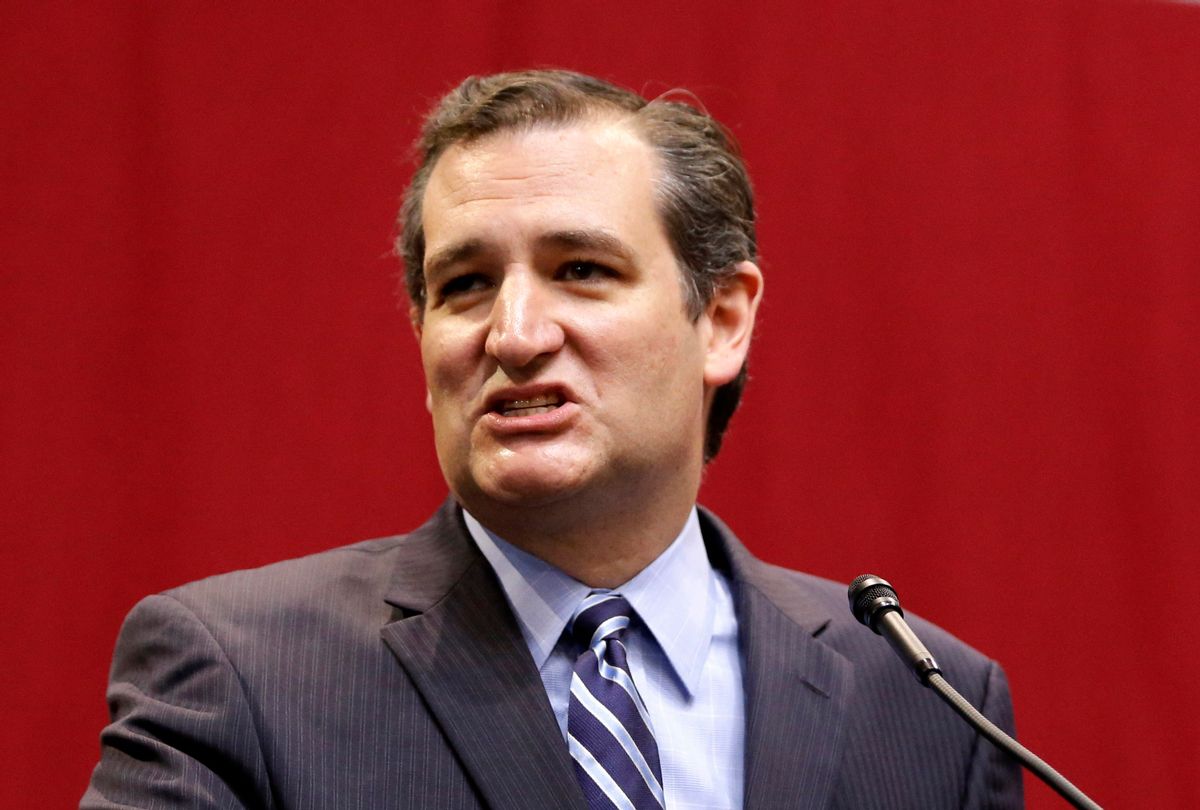 Ted Cruz has said and done many things that make him sound not smart. He has suggested Congress repeal laws it never passed. He has compared net neutrality to the Affordable Care Act. He has called birth control and emergency contraception "abortion-inducing drugs." The list goes on. It would seem, all too often, that the Texas GOP senator just doesn't "get it."

And yet, that might not always have been the case with regard to the crisis of sexual assaults on college campuses, which even Cruz recognized as a problem during his Princeton years. In a recent interview with Business Insider, the senator revealed himself to be a prominent anti-rape activist while he was in college, which older reports from the Princetonian corroborate.

"I am very worried that administration concern for external crime is replacing concern for internal crime," Cruz told the Princetonian in 1990, addressing a proposed measure to add exterior locks to campus dorms. "The greater problem is date rape, or assaults by other students, which the planned system would do nothing to stop."

Business Insider goes on to detail Cruz's anti-rape activism, which was a focal point of his campaigns for student government:

In April 1990, Cruz ran for a position as one of 10 delegates on the student government's U Council. An ad promoting his candidacy that appeared in the Princetonian touted his work on the food and safety committees as well as his anti-rape activism. The ad noted Cruz "helped implement increased safety and rape education during Freshman week" and that he cosponsored a Take Back The Night march. Cruz won his race and joined the U Council.

Cruz successfully ran for re-election to the U Council in 1991. His efforts to fight date rape were once again a focus of his campaign.

"I'd like to see an increase in lighting and rape prevention education," he said in an interview with the Princetonian.

Cruz told Business Insider that fighting sexual assault is "absolutely" still a focus for him politically, and the senator's college friends have noted before that his current views are "almost identical" to his views back in the day (which would suggest he still cares). Cruz did co-sponsor Sen. Kirsten Gillibrand's effort to make it easier to prosecute cases of sexual assault in the military, but he has been less involved in congressional attempts to act on campus rape.

So what happened to all that anti-rape organizing? How did the man who sponsored a Take Back the Night event become the man who voted against renewing the Violence Against Women Act? Who is the real Ted Cruz?