"I'm an unreliable narrator": Why Lena Dunham's Barry mistake is bad news for all memoirists

Calling yourself "unreliable" is a fun rhetorical trick in fiction, but harder when writing about sexual assault 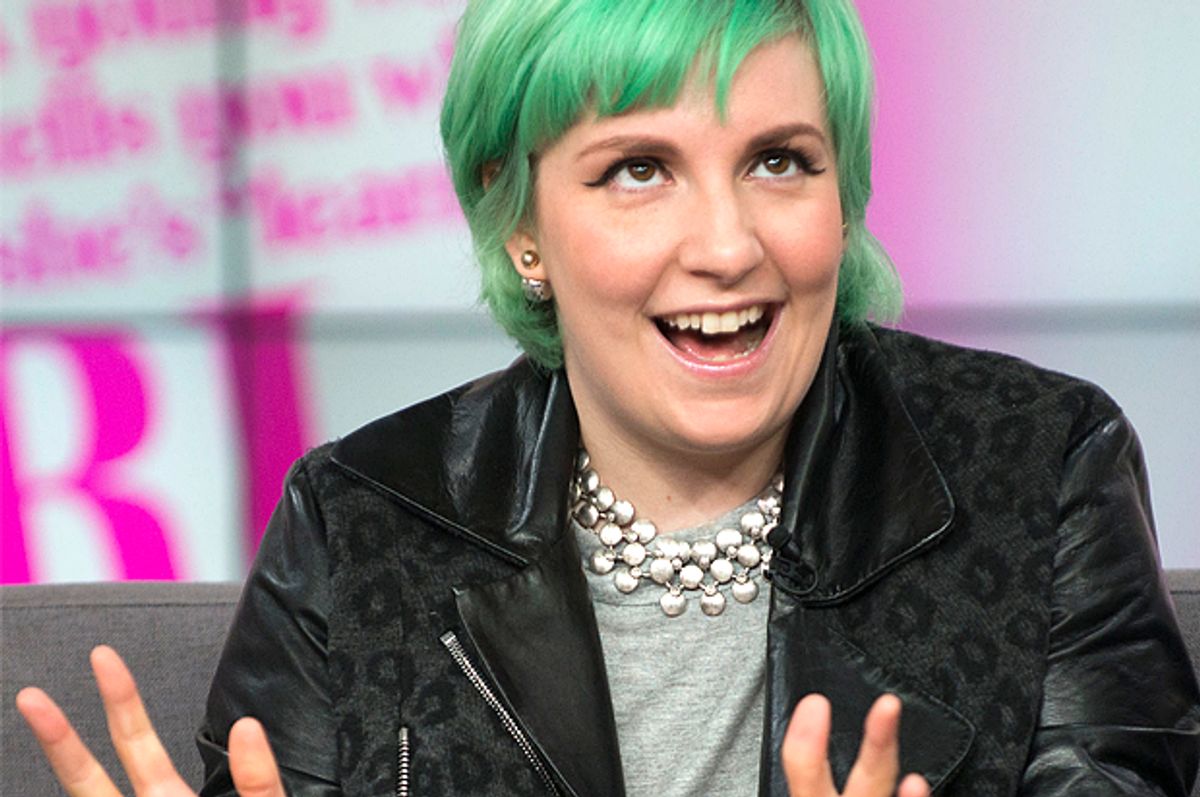 Lena Dunham begins the chapter in her memoir “Not That Kind of Girl” titled “Barry” with the mother of all disclaimers: “I’m an unreliable narrator,” which would be a fun twist if Lena Dunham were a fictional character in a novel and not writing (ostensible) nonfiction. Dunham uses that unreliable narrator dodge to explain why earlier in the book “I describe a sexual encounter with a mustachioed campus Republican as the upsetting but educational choice of a girl who was new to sex when, in fact, it didn’t feel like a choice at all.” There's no sound literary reason for her to do so, and to cutely refer to herself as an unreliable narrator to excuse the bizarre double-dipping on the Barry story feels like a cop-out, justification for a reason to keep the earlier passage about Barry in the book when it should have been cut.

As it turns out, Internet conservatives bird-dogged the Oberlin College alumni rolls and came up with an actual campus conservative named Barry who roughly fit the description, and Actual Barry’s attorney threatened legal action. Now Dunham’s representatives say “Barry” was a pseudonym for Not-Barry, some other campus Republican, even though that was not explicitly noted in the book. Random House says future print and digital editions will be clear on that point — a point of diligence that should have happened before the first edition went to press.

The unreliable narrator is a technique as old at least as Chaucer’s “The Canterbury Tales,” and it’s lasted this long in fiction — Gillian Flynn built the "Gone Girl" blockbuster around it — because it helps create suspense in otherwise straightforward stories. The longer the writer delays revealing the truth to the reader, the more the tension builds. It’s rarely a sound technique for memoir, though, especially when it’s used to compensate for other deficiencies, either in narrative or in the material itself.

The problem with unreliable narrators — and the thing that makes them so delightful to read in fiction — is that by design, you never quite know when they are telling the truth. Which makes it a stunningly poor choice of conventions to employ when writing about sexual assault, a crime that victims are often accused of fabricating, either wholesale or in parts. Dunham does her fellow rape survivors no favors here by casting this story as a Choose Your Own Adventure riddle: If she is an unreliable narrator of her own story, which version of the Barry Story should readers believe? And worse, now “Barry wasn’t actually Barry” becomes “maybe she made Barry up” becomes “maybe she made up the rape” so fast, and all over a missing asterisk to note that Barry was not the guy’s real name. Shady MRA types will use this as “evidence” to debunk other accounts of rape by women who have never even been near Oberlin College, let alone any mustachioed Republican super-seniors. Ask Rolling Stone how well that works out for a rape victim.

It is possible to remain faithful to the truth of a situation while re-creating certain facts of the matter — dialogue, for example, which can be difficult to remember note-for-note — but the “creative” in creative nonfiction isn’t a license to make stuff up for shock value or to excuse one's own bad writing, even if the only part of “Not That Kind of Girl” that’s made up is the part where Dunham first called her encounter with Barry consensual. Aspiring memoirists should not tuck this technique into their Becoming the Next Lena Dunham provocation tool belt. Barry-Not-Barry is a completely different animal than the last Dunham memoir brouhaha over the chapter involving her sister Grace; in that situation, Grace was afforded the opportunity to approve her own role in Dunham’s unreliable narrative, and any shadings that a faulty memory might add were at least co-signed by the party they most affect. Memoirists have a responsibility to be reliable narrators of their own stories, and abdicating that responsibility can invite others to step in and impose their own narratives twisted to fit their own objectives.

Barry Lena Dunham Not That Kind Of Girl