What McDonald's still isn't telling you about its chicken nuggets 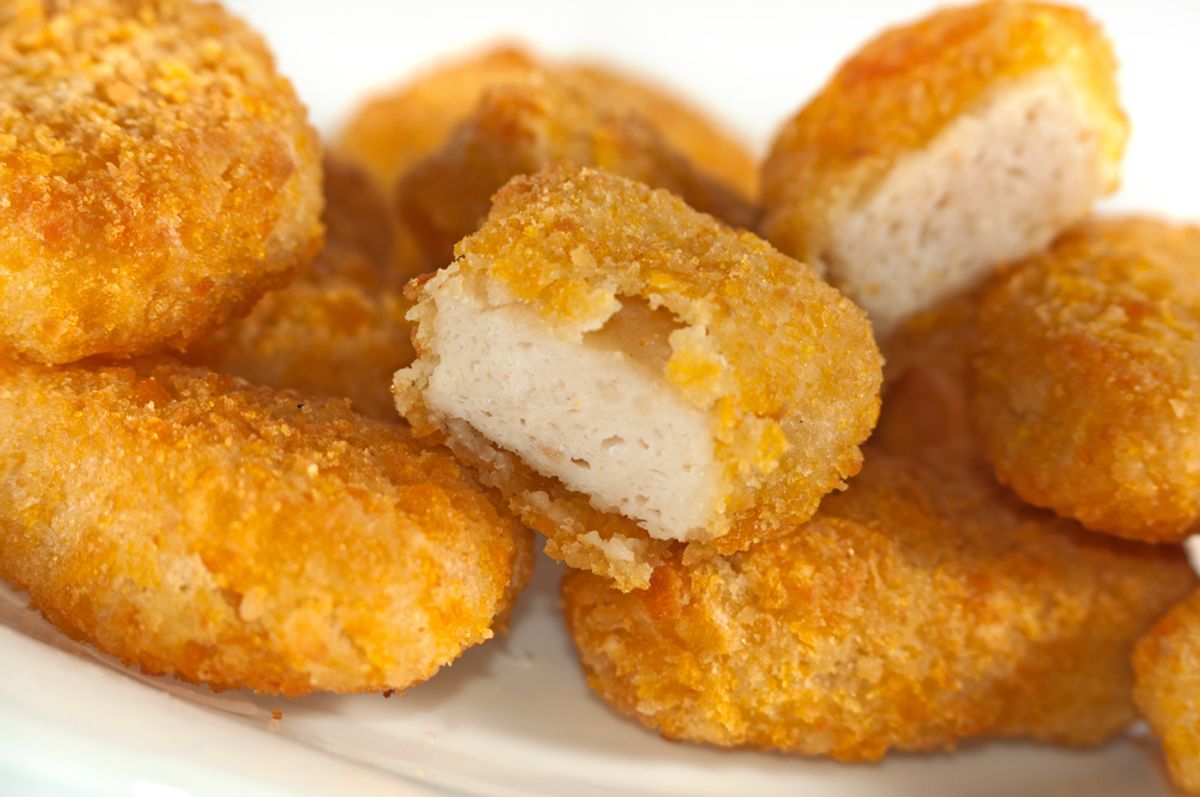 McDonald's is out with its latest myth-busting video, this time taking on the legendary McNugget. Surprise! It turns out, they are made from chicken. White meat chicken, to be exact: the video emphasizes, over and over, that processing plants don't just dump entire chickens into their grinders, and that there's no pink slime to be found.

"I've seen how they make the chicken nuggets and exactly what goes into them," former MythBusters host Grant Imahara assures wary nugget fans after touring a plant run by Tyson Foods, which supplies much of the restaurant's poultry. "There's no mystery, I've seen it with my own eyes."

That's a pretty egregious half-truth, however, one that skips over McNuggets' high fat and sodium content and conflates the hype over "pink slime" and consumer unease with the hidden ingredients in processed food with the real, systemic problem of how industrial meat production operates. It's a good trick: by interpreting the question of what's in a chicken nugget as literally as possible, McDonald's manages to avoid answering the questions we should be asking, and to perhaps lead viewers to believe that the issue is now settled.

But consumer concern about such fare should go beyond what happens in the processing plant. What the company's boasts about its use of all white-meat chicken leaves out are the pertinent details about where that chicken comes from. Christopher Leonard, who wrote a book exposing Tyson's practices, spoke with Salon earlier this year about some of the less savory components industrial chicken that go beyond what McDonald's acknowledges in its PR clip, chiefly the way major chicken companies exploit the contract farmers who raise those chickens before they arrive at the plant. “It’s been very telling to me how bothered consumers are when they learn how this industry really operates," Leonard said.

Skipping straight to the processing plant also allows the video to ignore what should be the most controversial ingredient: growth-promoting antibiotics. Routine use of the drugs is standard practice for many of the United States' major poultry producers, a recent Reuters investigation revealed, contributing to the growing crisis of antibiotic resistance. Tyson is no exception -- according to the documents uncovered by Reuters, ordered an antibiotic “for use in the prevention of coccidiosis in broiler flocks, growth promotion and feed efficiency."

McDonald's is clearly losing the battle against its "fast casual" competitors like Chipotle, which presents itself as a healthier and more ethical alternative to the fast-food giant. But as their new video proves, the company's new emphasis on transparency is all about changing the way it's perceived in lieu of enacting real change.