"You need to be educated": The problem with the Republican search for evidence of racism 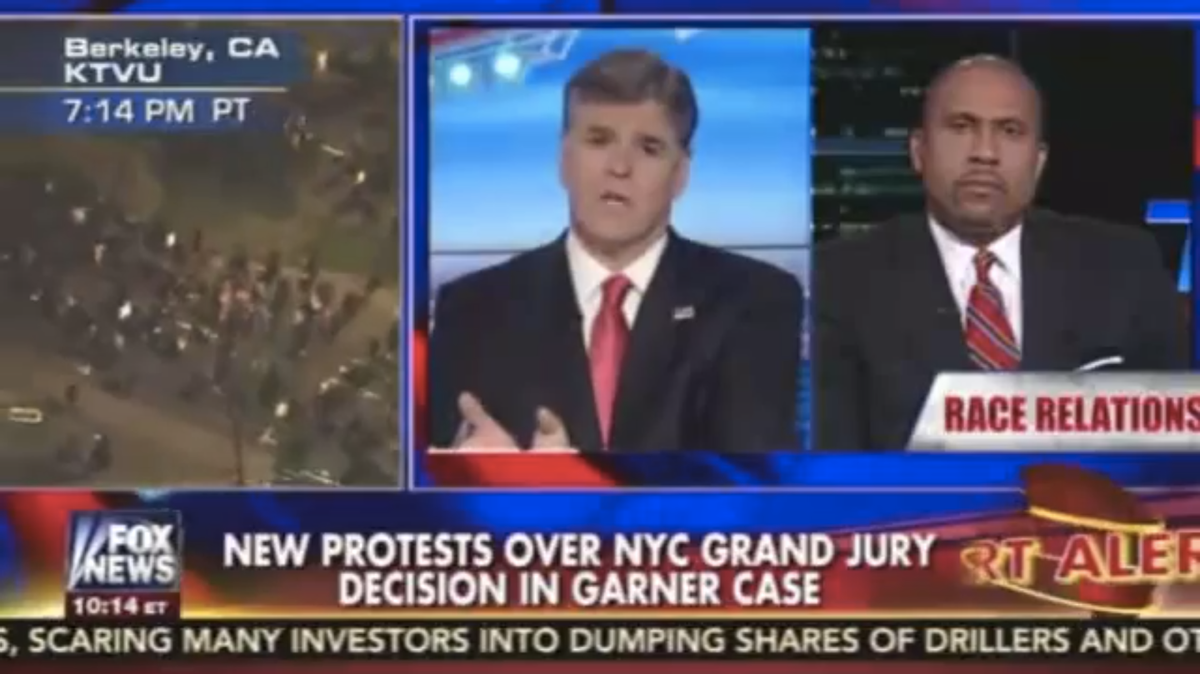 On Monday evening, Sean Hannity invited Tavis Smiley on his show to discuss the role of race in the deaths of Michael Brown and Eric Garner, and the resulting interview was one of the most frustrating, maddening segments of television in recent memory.

"Do you have any evidence that you can present to this audience at all that either Ferguson or Eric Garner's death was rooted in any way, shape, matter or form in racism? Anything you can present on that?" Hannity asked right off the bat.

Smiley attempted to speak about the omnipresence of racism in society, a point which Hannity immediately refuted, noting that it didn't count as evidence. The conversation devolved into cross-yelling, with Smiley attempting to make a point, while Hannity tightly clung to his talking points.

"You need to be educated!" Hannity yells at the end.

"You see that kind of disrespect?" Smiley responds. "This is what I was talking about earlier, when I said too often our white brothers and sisters even unwittingly talk down to black people and come at them with the wrong approach. Three times you're going to tell me that I need to be educated."

The debate was doomed from the beginning, as many cable news debates have been, because the guest and host are speaking on completely different levels. The thing about racism is that you can't "prove" that it is present in the deaths of Michael Brown or Eric Garner. The idea that race was a motivating factor is all too easy to refute with witness testimonies and forensics, because there is no physical trace of cultural bias (other than in our institutions, cities and communities). Smiley never could have satisfied Hannity with "proof" that race was a factor in the deaths of Brown and Garner because the cops never shouted any slurs.

Hannity and other pundits demonstrate their (willful) ignorance about racial politics through the questions they ask, and the problem here is one of scope: conservative pundits who repeatedly harp on the cigarette tax or convenience store robbery are confining their critical gaze to one solidly narrow quadrant. They refuse to take off their blinders and see the cracks of inherent bias present in each of these situations. They do not hear hatred in Darren Wilson's description of Michael Brown as a "demon," nor do they notice the fundamental difference in the police's treatment of black and white suspects.

Racism is invisible in the bold, cartoonish reality of witness testimony-- rather, it exists in the faint strokes of microaggressions, in sweeping background of cultural biases.